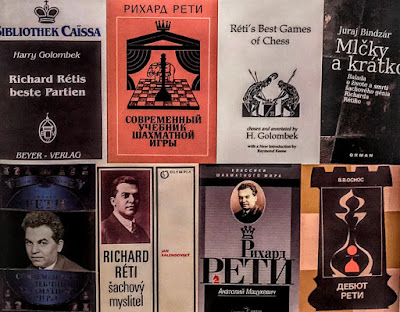 Richard Réti (1889-1929) was a chess grandmaster, chess author, and composer of endgame studies … an exhibition in the Museum of Jewish Culture in Bratislava (Photograph: Patrick Comerford, 2019)

He was one of the principal proponents of hypermodernism in chess. With the exception of Nimzowitsch’s book, My System, he is considered the movement’s foremost literary contributor.

Réti was born into a Jewish family in Bazin, now Pezinok, near Bratislava, on 28 May 1889. The town was then in Hungary and is now in Slovakia. His father, Dr Samuel Réti, worked there as a medical doctor in the Austrian army and was the head of the local, iron-rich, medical spa. The family later moved to Vienna, where his father set up a private practice.

The magic of chess enchanted Richard Réti from a young age, but his start in chess was so inauspicious that he came in last in tournament in Vienna in 1908. However, his talent was exceptional, by 1912 he was recognised as a brilliant player and he became a member of the famed Vienna Chess Club.

His colleague the chess grandmaster Savielly Tartakower wrote, ‘Réti studies mathematics, and yet is no dry mathematician; he represent Vienna, though he is no Viennese; he was born in Hungary and doesn’t speak Hungarian; he speaks uncommonly quickly, yet makes no premature decisions; one day he will be the best chess player but he won’t be world champion.’

It could be said Réti began his chess career because of his forgetfulness: he forgot his thesis in the café where he played and analysed games of chess, and did not want to rewrite it; and so he started making a living as a chess player.

He began his career as a combinative classical player, favouring openings such as the King’s Gambit (1.e4 e5 2.f4). He played in tournaments and simultaneous exhibitions, wrote articles and books about chess, and gave lectures about chess.

His playing style changed after the end of World War I, and he became one of the principal proponents of hypermodernism, along with Aron Nimzowitsch and others. With the exception of Aron Nimzowitsch’s book My System, he is considered to be the movement’s foremost literary contributor.

The Réti Opening (1.Nf3 d5 2.c4) is named after him. Réti defeated World Champion José Raúl Capablanca in the New York 1924 chess tournament using this opening – Capablanca’s first defeat in eight years, his only loss to Réti, and his first since becoming world champion.

This tournament was also the only occasion in which Réti beat future world champion Alexander Alekhine, accomplishing this feat in the same number of moves, and with the same final move (31.Rd1–d5). He won the ‘brilliancy prize’ for the most brilliant game in the tournament that year.

Réti was an exception among grandmasters, being keenly interested in composing chess problems and studies, and he was a notable composer of endgame studies. His writings have become classics of chess literature, including Modern Ideas in Chess (1923) and Masters of the Chess Board (1933).

Réti died 90 years ago on 6 June 1929 in Prague of scarlet fever. He was buried in his father’s grave in the Jewish section of Zentralfriedhof cemetery in Vienna.

His older brother Rudolph Reti (1885-1957) was a noted pianist, musical theorist and composer. Richard Réti’s son, Simon Reti, was murdered in Auschwitz; his grandson, Benjamin Reti, was killed as he tried to escape Hungary after the Soviet invasion in 1956; his great-grandson is the German painter Elias Maria Reti. 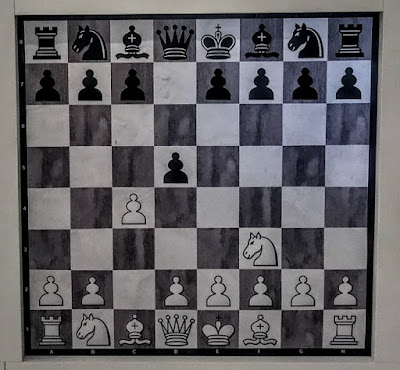 Richard Réti was an exception among grandmasters, being keenly interested in composing chess problems and studies (Photograph: Patrick Comerford, 2019) 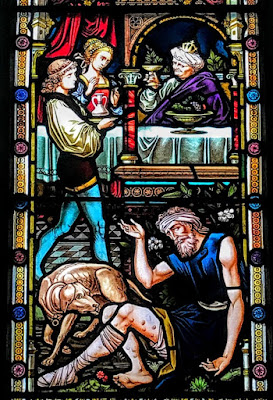