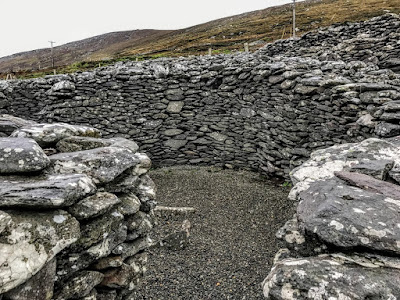 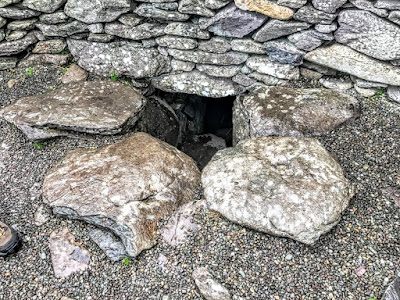 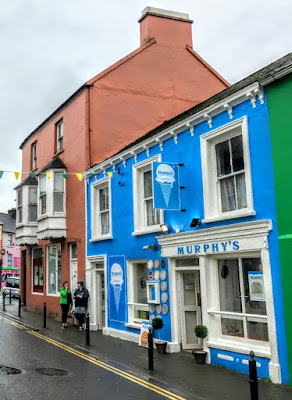 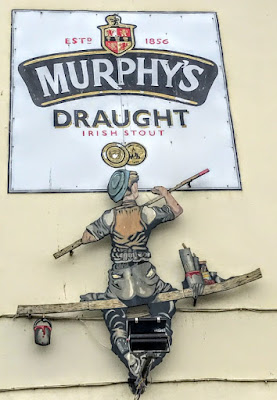 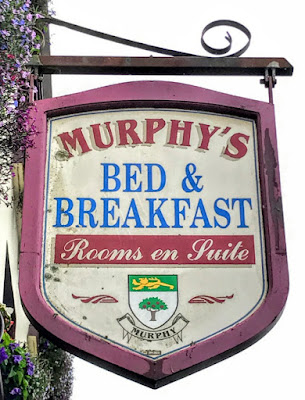 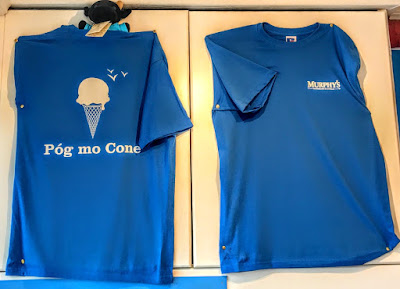 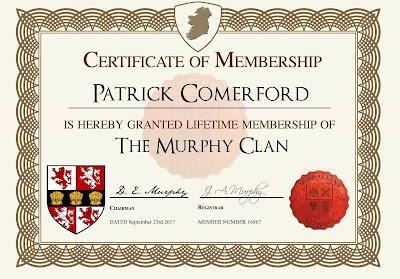 Re-reading poems,
plays and novels
on the beach at Inch 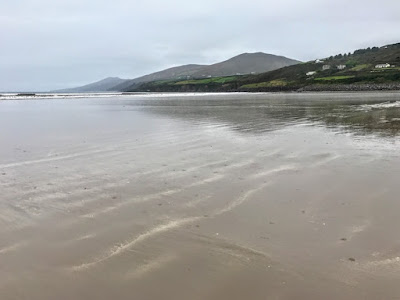 As we drove from Killarney out onto the Dingle Peninsula earlier this week, our first stop was at Inch Beach, with its breath-taking panoramic views and three miles of long sandy beach.

This world-class blue-flag beach is ideal for swimming and surfing, even on wet days like those we had for part of this week – particularly on days when the tide is out, the beach is flat, and the reflections sparkle on the water.

The beach is also known as the film location for The Playboy of the Western World (1962), which was shot entirely at Inch, and Ryan’s Daughter (1970).

A poem painted on the gable wall of Sammy’s Restaurant in the sand dunes above Inch beach and the hiring huts for surfboarding reads: 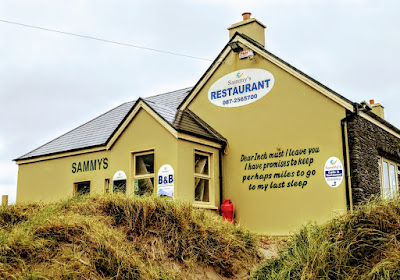 The words are a playful interpretation of lines in the final verse of Robert Frost’s 1922 poem, ‘Stopping by Woods on a Snowy Evening’:

Early on 23 November 1963, Sid Davis of Westinghouse Broadcasting reported the arrival of President John F Kennedy’s coffin at the White House. As Frost was one of Kennedy’s favourite poets, Davis concluded his report with a passage from this poem, but was overcome with emotion as he signed off.

At the funeral of the former Canadian Prime Minister, Pierre Trudeau, on 3 October 2000, his eldest son Justin Trudeau – the present Prime Minister of Canada – rephrased the last stanza of this poem in his eulogy:

The woods are lovely, dark and deep.
He has kept his promises
and earned his sleep.

But if the painting on the gable wall at Sammy’s reads like a poor imitation of Robert Frost’s verse, Inch has always been renown at adapting works of literature, from Irish plays to French novels, turning them into movies.

The Playboy of the Western World is a 1962 film version of the 1907 play written by John Millington Synge, who spent the summer of 1905 nearby in Ballyferriter, Co Kerry, perfecting his Irish. The movie version was directed and co-written by Brian Desmond Hurst and stars Gary Raymond and Siobhán McKenna. It was filmed in Inch and starred many actors from the Abbey Players and the Abbey Theatre. The film was produced by the Four Provinces company created ten years earlier by Hurst and Michael Morris, 3rd Baron Killanin.

The Playboy of the Western World, starring Gary Raymond and Siobhan McKenna, tells of Christy Mahon who finds shelter from Pegeen Mike, an innkeeper, when he arrives unexpectedly in a small Mayo village. Pegeen Mike takes a shine to Christy and when his tale of self-defence against his violent father spreads throughout the community, hero status is conferred on the man.

However, Ryan’s Daughter is the film that brought world-wide attention to Inch and the Dingle Peninsula.

Ryan’s Daughter is a 1970 epic romantic drama film directed by David Lean. The film, set between August 1917 and January 1918, tells the story of a married Irish woman who has an affair with a British officer during World War I, despite moral and political opposition from her nationalist neighbours. It stars Robert Mitchum, Sarah Miles, John Mills, Christopher Jones, Trevor Howard and Leo McKern.

The film is a re-telling of the plot in Madame Bovary (1856), the debut novel by Gustave Flaubert’s novel that tells the story of Emma Bovary, a doctor’s wife, who has adulterous affairs and lives beyond her means in order to escape the banalities and emptiness of provincial life in a town near Rouen.

Ryan’s Daughter is a loose adaptation of the story, relocating it to Ireland in the aftermath of the Easter Rising in 1916. The script began as a straight adaptation of Madame Bovary, but David Lean convinced writer Robert Bolt to re-work it into another setting.

The film, set between August 1917 and January 1918, tells the story of a married Irish woman who has an affair with a British officer during World War I, despite moral and political opposition from her nationalist neighbours. It stars Robert Mitchum, Sarah Miles, John Mills, Christopher Jones, Trevor Howard and Leo McKern.

In the scene before Major Randolph Doryan (Christopher Jones) completes suicide, there is a cut from a sunset to Charles Shaughnessy (Robert Mitchum) striking a match, which is a sly allusion to Lawrence of Arabia with its famous cut from Peter O’Toole blowing out a match to a sunrise in the desert.

After its initial release, Ryan’s Daughter was harshly received by critics but it was a box office success, grossing nearly $31 million on a budget of $13.3 million, making the film the eighth highest-grossing picture of 1970. It received two Academy Awards, but was not nominated for best picture.

The village in the film was built by the production company from local stone so it could withstand the storms on the Dingle Peninsula. But disputes over land meant the entire village was razed after filming. People from Dunquin were hired as extras. The amount of money spent in the area – almost £1 million – revived the local economy in the Dingle Peninsula, and the tourists have been coming back ever since. 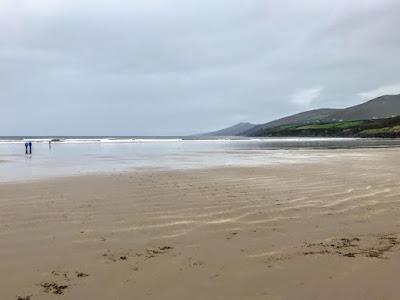 Walking on the long stretch of sand on Inch Beach earlier this week (Photograph: Patrick Comerford, 2017)