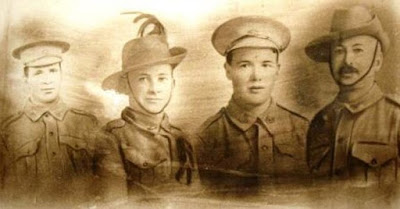 Four Comerford brothers from New South Wales who fought in the Australian forces during World War I became posthumous celebrities in Australia some years ago when they featured in a ‘Who Do You Think Are’ programme about the actor Joel Edgerton.

Two of Edgerton’s great-uncles fought alongside each other on the battlefield in Gallipoli in 1915. The Comerford name survives in Comerford Street and Comerford Avenue in Cowra, New South Wales. Some accounts say the names were given to these streets because the Comerford family owned the land originally; other accounts say they are named in honour of the four Comerford brothers who fought in World War I.

The family is descended from Edmond Comerford, from Clonmel, Co Tipperary, who was the father of:

They were the parents of eleven children, five sons and six daughters:

Their second son was:

Thomas Comerford revived the Phoenix Brewery in Cowra, in central west New South Wales, in 1901. But he closed it less within a year, complaining that it was difficult to compete with the price of Sydney beer. There were only three hotels in the district who could purchase the beer manufactured locally, but all the other hotels were ‘tied’ houses owned by the big city breweries.

Thomas and Mary Comerford were the parents of ten children, six sons and four daughters: 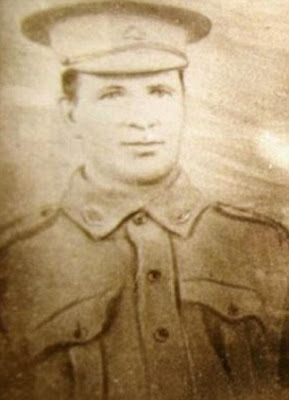 Four of these brothers, Patrick, Simon, George and Lawrence Comerford, enlisted in the Australian forces in World War I. Two brothers, James and Thomas Edward Comerford, known as Mick, were unable to enlist due to weak chests and sickly disposition. Indeed, Mick died on 14 September 1915 while his brothers were fighting.

The brothers found themselves in various theatres of war, including the Middle East and Europe, and it is a rarity in Australian war history that all four Comerford brothers returned home to Cowra and the surrounding district.

The eldest son, Patrick Joseph Comerford (1878-1962), was born in Young NSW, and enlisted in the Australian forces in Liverpool NSW. He fought in both Egypt and France during World War I.

Simon Philip Comerford was born in Young, NSW, in 1884, and was living in Lyndhurst, New South Wales in 1913. He enlisted in Liverpool, NSW. He fought in Gallipoli in August 1915. Documents show he fractured his left leg after he was kicked by a horse while on transport duty in January 1918.

His brother, Laurence William Comerford, was wounded in action in France in November 1917. Laurence enlisted on 2 February 1915 as private in the 20th Battalion, 3rd Reinforcement, and his unit embarked from Sydney on board HMAT A54 Runic. He was a driver with the 18th Battalion during the war, and returned to Australia on 13 April 1919.

Laurence married Dorothy Clemantine Williamson in 1926. He was a painter, and lived in Earlwood NSW. He died on 22 November 1954.

Trooper George John Comerford … was at Alexandria, Gallipoli, Sinai and Palestine during World War I

The fifth son, George John Comerford, who was born in Boorowa, NSW. He enlisted in Liverpool, NSW, and trained at Holsworthy near Liverpool. He took part on horseback in the farewell to the 12th Light Horse Regiment in Sydney on 28 April 1915, and he embarked on HMAT A29 Suevic on 13 June 1915.

On their arrival in Egypt, George and his comrades in the 12th learned they were to reinforce troops already at Gallipoli. On their way to Alexandria, the troopers were told the 12th would be split on arrival at Gallipoli.

The Machine-Gun Section and George’s ‘A' Squadron of the 12th Light Horse were ‘taken on strength’ to the 1st Light Horse Regiment around ‘Walker’s Ridge,’ becoming that regiment’s ‘B' Squadron. Between late August and December, George saw action in mainly defensive battles. He described to his family the ferocity of the hand-to-hand trench combat he was involved in.

He also spoke of the ingenuity of an idea to have rifles keep firing through a dripping water mechanism as plans for the evacuation of the ANZACs were put into actioned and of his role as one of the troopers assigned with setting up the famous ‘drip’ rifles.

George recalled to family members his prominent role in the charge of the Light Horse at Beersheba, one of, if not the last great cavalry charge in any war and a turning point in the Turkish control of the Sinai and Palestine during World War I.

George was a trooper in the 4th Light Horse Brigade. He said his horse was called ‘Aeroplane’ because ‘it flew’ when prompted or startled by artillery fire. He said one of the reasons the horses needed no encouragement to charge that late afternoon in October was because the horses had been lacking water and ‘could smell it’ at the wells of Beersheba, only a few miles away.

George was in ‘A' Squadron, 2nd troop, and was in the leading row of the charge with only the scouts ahead of them. While another A Squadron troop dismounted to fight in the trenches as they approached Beersheba at full gallop, George was in the remaining troops that jumped trenches and entered Beersheba on the Asluj-Beersheba road at full pace, capturing Turkish guns, munitions and prisoners, as the Turks surrendered.

Comerford Street and Comerford Avenue in Cowra are named after the four brothers in recognition of their service and the rarity of all four returning home to Cowra and surrounding districts.

They later lived at Wilkins Street, Bathurst. Patrick died in Bathurst in 1962, and Ivy died in 1995. They were the parent of seven children:

The stories of these brothers were told in a television programme on the genealogical background of the Australian actor and filmmaker, Joel Edgerton. 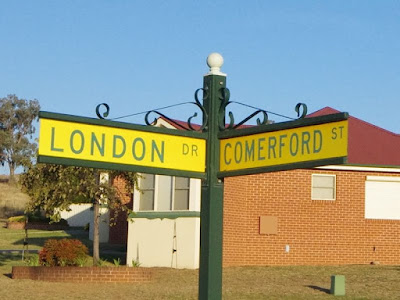 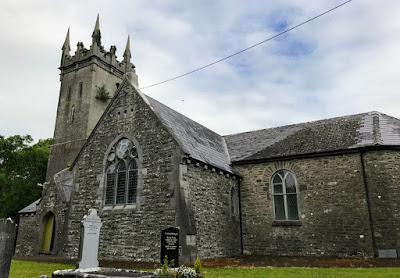 Saint Brendan’s Church, Tarbert, Co Kerry, one of the four churches in the Rathkeale and Kilnaughtin Group of Parishes (Photograph: Patrick Comerford)

This week I am offering photographs from seven churches in which I have served during my ministry. My photograph this morning (24 February 2021) is of Saint Brendan’s Church, Tarbert, Co Kerry, one of the four churches in the Rathkeale and Kilnaughtin Group of Parishes, where I have been the priest-in-charge since 2017.

29 When the crowds were increasing, he began to say, ‘This generation is an evil generation; it asks for a sign, but no sign will be given to it except the sign of Jonah. 30 For just as Jonah became a sign to the people of Nineveh, so the Son of Man will be to this generation. 31 The queen of the South will rise at the judgement with the people of this generation and condemn them, because she came from the ends of the earth to listen to the wisdom of Solomon, and see, something greater than Solomon is here! 32 The people of Nineveh will rise up at the judgement with this generation and condemn it, because they repented at the proclamation of Jonah, and see, something greater than Jonah is here!’

Let us pray for the courage to spread the good news of the self-giving love of Christ. 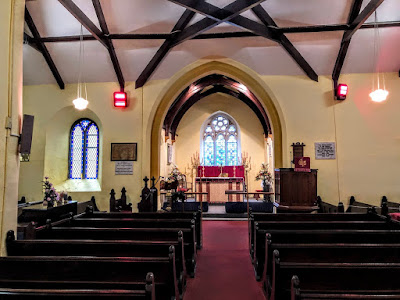