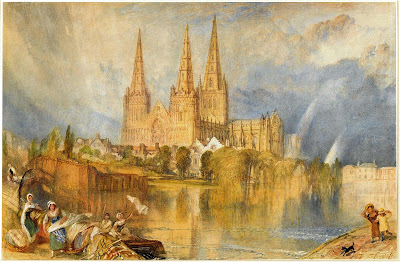 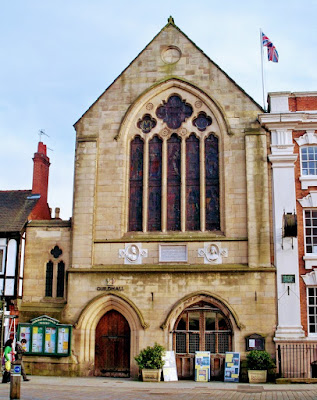 A conciliatory Irish bishop
who was born in Lichfield 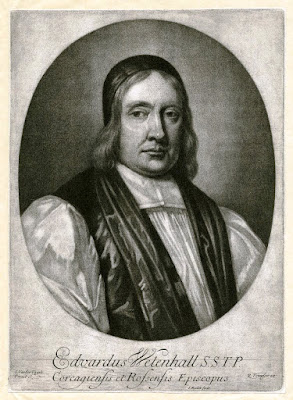 Edward Wettenhall ((1636–1713), Bishop of Cork and later Bishop of Kilmore, was born in Lichfield

In the past, I have written about Richard FitzRalph, the former Dean of Lichfield who became Archbishop of Armagh, and about the curious position of the Archbishops of Dublin who for centuries were Deans of Penkridge in Staffordshire and who refused to accept or acknowledge the episcopal rights of the Bishops of Lichfield within their ‘peculiar’ or parish.

But the connections between the Church of Ireland and Lichfield were often understated but positive contributions.

I am reminded during my stay in Lichfield this week of Edward Wetenhall (1636–1713), a bishop of the Church of Ireland at the turn of the 17th and 18th century, who was born in Lichfield. He is celebrated by 19th century historians of Lichfield, including Thomas Lomax and Thomas Harwood, as one of the ‘eminent characters’ of Lichfield, and in Ireland he sought to play a conciliatory role at a difficult and tumultuous time in the life of the Church.

The bishop – whose surname is also spelled Wettenhall, Whetenhall, Whitnall, Withnoll, and Wythnall – was born in Lichfield on 7 October 1636, but we know little about his family background or circumstances. He was sent to school in Westminster School, where he was taught by Richard Busby, before going on to Trinity College, Cambridge, as a foundation scholar.

After graduating BA (1659-1660) in Cambridge, he moved to Oxford, where he became the chaplain at Lincoln College.

He was a priest in parishes in Combe Long, Oxfordshire, and at Saint Stephen’s, near St Albans, Hertfordshire, before being appointed a canon of Exeter Cathedral in 1667 and headmaster of the bluecoat school there.

He received the degrees BD from Oxford at 1669 and Cambridge in 1670. In 1672, Michael Boyle, the Archbishop of Dublin, invited him to Dublin as master of the bluecoat school, now the King’s Hospital. There may have been a Lichfield connection here too, for Archbishop Boyle’s uncle, John Boyle, had been Prebendary of Bishopshull in Lichfield Cathedral before coming to Ireland as Bishop of Cork.

In Dublin, Wetenhall received the degree Doctor of Divinity (DD) at Trinity College Dublin, and he also became curate of Saint Werburgh’s Church and chantor of Christ Church Cathedral.

When Michael Boyle became Archbishop of Dublin, he was succeeded by Edward Synge, Bishop of Cork, Cloyne, and Ross. When Synge died at the end 1678, the dioceses were separated, and early in 1679, Wetenhall became Bishop of Cork and Ross, once again, presumably, through the patronage of Michael Boyle, who was appointed Archbishop of Armagh at the same time.

Wetenhall was consecrated bishop in Christ Church, Dublin. At his own expense, he restored the bishop’s palace in Cork. As one of the seven bishops who remained in Ireland during the dynastic struggles and political troubles that began in 1688, he was treated badly by the supporters of James II, but he insisted on staying on in Ireland.

Following the defeat of James II and the victory of William III, only one Irish bishop, William Sheridan of Kilmore and Ardagh, was deprived of his see in 1693 as a nonjuror. The see was left vacant for three years, and when Wetenhall was appointed Bishop of Kilmore and Ardagh in 1699 in succession to William Smyth, he at first declined the appointment in the hope of persuading Sheridan to return to Kilmore.

Later, as Bishop of Kilmore, Wetenhall contributed to the financial support of Sheridan. He also restored the bishop’s house in Kilmore, Co Cavan, rebuilt the cathedral at Ardagh, which has since been demolished, and recovered diocesan lands that had been alienated by predecessors.

He argued in favour of providing the Bible, the Book of Common Prayer and other religious works in the Irish language, and compiled grammars of Greek and Latin. He also advocated greater toleration of Dissenters, debated with the Quaker William Penn, and in Dublin he visited the jailed Thomas Emlyn, the first English preacher to describe himself as a ‘Unitarian.’

Failing health seems to have persuaded Wetenhall to spend his later years in London. He died there on 12 November 1713 and is buried in the south transept of Westminster Abbey.

In his will, he affirms the Church of England and Ireland to be ‘the purest church in the world,’ although ‘there are divers points which might be altered for the better’ in ‘articles, liturgy, and discipline, but especially in the conditions of clerical communion.’ 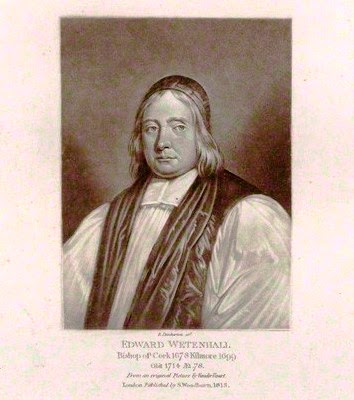