Reminders in Rathkeale of
the golden age of cinema 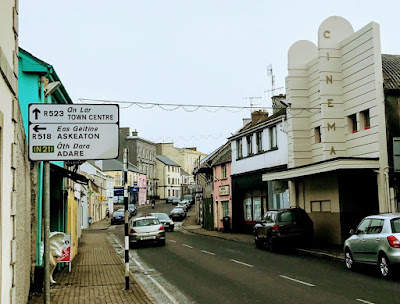 The town also has an imposing former courthouse and Bridewell that now serves as Rathkeale Community Centre in the Market Square.

The dual functions this building once served are clearly defined and divided, with the court on the first floor accessed by the flight of steps, and the prison below. The boundary railings enhance the site and it is significant that it has remained in civic use as a community centre.

Two interesting mid-20th century buildings in the town, built in the 1920s and the 1940s, are the Round House on a corner near the former courthouse and the Art Deco style former Central Cinema on the Main Street. 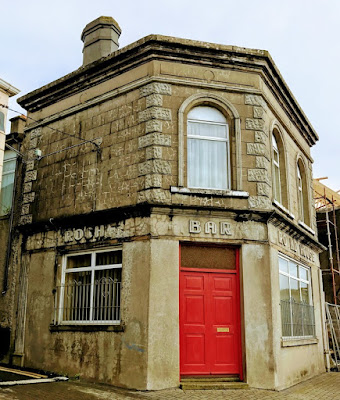 The Roche Bar or Round House Bar stands on a prominent corner in Rathkeale (Photograph: Patrick Comerford, 2017)

The Roche Bar or Round House Bar in Rathkeale, was built on a prominent corner site, opposite the Market Square, in the early 1920. Despite its name, it is neither a circular nor a round building. This attached, two-bay two-storey house and pub has an unusual plan and façade, with a chamfered corner and a tall parapet.

The façade has many points of architectural, decorative and artistic interest, including the render quoins and surrounds, the pub front on the south and west sides of the ground floor, the hipped roof, the rendered octagonal chimney-stack, and the rendered parapet with a cornice. There are rendered fluted pilasters, an architrave, a fascia with raised lettering and a cornice. The timber panelled door has an overlight. 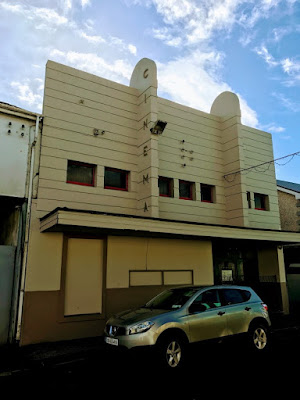 The former Central Cinema opened in Rathkeale in the mid-1940s (Photograph: Patrick Comerford, 2017)

In the centre of the town, the Central Cinema was opened over 70 years ago in 1946 by Henry Dinnage who was already in his 70s. He was born in Portsmouth and arrived in Ireland around 1890, with a troupe of trapeze artists. He first lived in Ennis, where he married, and he travelled out through Co Clare, bringing his shows to Lahinch, Kilkee and other towns.

Over time, Henry moved into amusements and then into the silent pictures. Originally, he planned to build a cinema in Newmarket-on-Fergus but another entrepreneur got there first and so he moved to Rathkeale and set up a mobile cinema in the 1920s and 1930s.

He brought his mobile cinema through most of Co Limerick, Co Kerry and parts of Co Cork. In Rathkeale, he showed films in the Carnegie Building, and in the 1940s, at the age of 73 he built his cinema in Rathkeale, with seating for 400 and a balcony.

He opened the cinema with a gala concert featuring the Rathkeale-born tenor Christopher Lynch, and the first showing was Intermezzo, a romantic 1939 movie starring Leslie Howard as a married virtuoso violinist who falls in love with his accompanist, played by Ingrid Bergman in her Hollywood debut.

Henry died in 1949, and his sons Victor and Harry and his daughter Queenie continued to run the Central Cinema.

The building is a barrel-roofed block with a concrete front-piece, with a projecting bay to the ground floor. The simple, yet decorative style, smooth forms and elements such as the concrete abutments and the timber canopy make this a notable feature on the Main Street in Rathkeale.

The Central Cinema continued to provide entertainment until 1974, when the last showing was From Bangkok with Orders to Kill, before the cinema closed. The building has stood vacant and unused since 2011.

A cinema club was set up by the local arts group and Henry Dinnage’s grandson John Dinnage introduced Casablanca in 2012 at the Rathkeale Arts Centre in the Carnegie Building – the very building used by his grandfather before he built the Central Cinema.

Across the street, a statue of Marilyn Monroe as she posed in 1954 for photographers while filming the subway grate scene for The Seven Year Itch is a reminder of the Central’s popularity in the golden age of cinema. 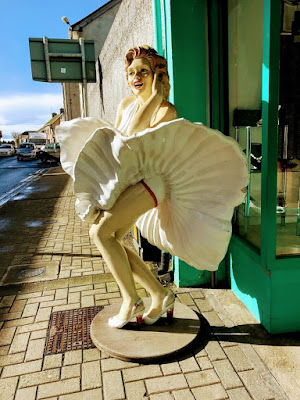 A reminder of the golden age of cinema opposite the Central Cinema (Photograph: Patrick Comerford, 2017) 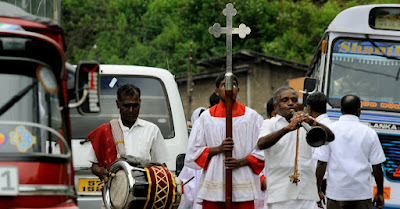 ‘Pray for Christians in Sri Lanka and around the world as we seek to live in the reviving power of the Holy Spirit’ (Photograph: USPG)

This week, from Sunday (5 March) until today (Saturday 11 March), the USPG Lent Prayer Diary follows the topic ‘Introducing Discipleship.’ The topic was introduced last Sunday in an article in the Prayer Diary by the Revd S Balasundram, a priest in Colombo, Sri Lanka, who is training with the USPG-funded Asian Theological Academy.

Pray for Christians in Sri Lanka and around the world as we seek to live in the reviving power of the Holy Spirit.