A dull start to the first bank holiday weekend of summer 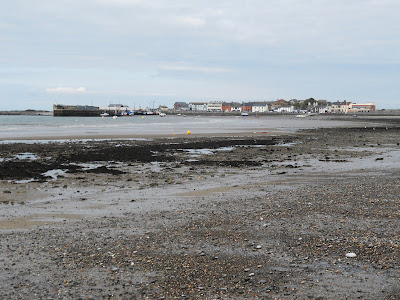 Looking back at Skerries Harbour from the pebbles on the North Strand (Photograph: Patrick Comerford, 2012)

I felt selfish walking into Church House in Rathmines this morning and looking at an over-sized notice board at the reception desk – it looked as though I was holding a one-man conference, all on my own, in one of the boardrooms.

In all, four of us were meeting. But it was a conference call, and two of us were in Boardroom 3, while the other two were in Co Monaghan and Co Fermanagh. 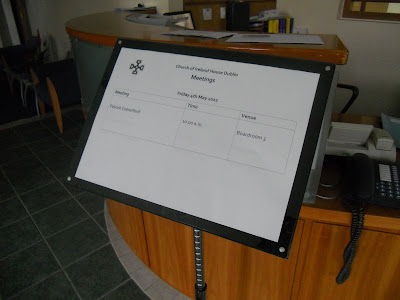 A boardroom all to myself? ... well, not quite (Photograph: Patrick Comerford, 2012)

Back out in the cold light of day, it was cold indeed, and grey too, in Rathmines.

But despite the unseasonable cold weather and the dull skies, two of us drove north to Skerries for a late lunch in The Olive in Strand Street before a walk on the beach on the North Strand.

I had a glass of house wine – a fruity Sicilian – and we shared brad and dips (olive, pesto and humus) and a Mediterranean panino, and an Americano and a double espresso.

Yes, they still make a the best espresso in Dubin in The Olive, and we left with some of their pasta, pesto dip and French goat’s cheese. 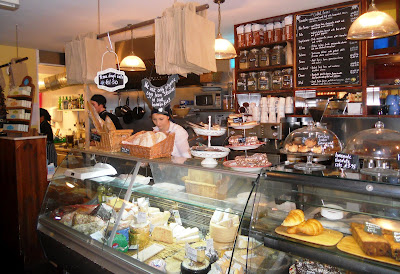 The Olive in Skerries ... they make the best double espresso in Fingal (Photograph: Patrick Comerford, 2012)

It is over a month since I went for a walk on the beach in Skerries – I was last there late in the afternoon on Palm Sunday. This afternoon, we strolled along the pebbles of the North Strand, listening to the waves roll in, and looking back across the harbour, before returning to the side lanes, alleyways and streets of Skerries. 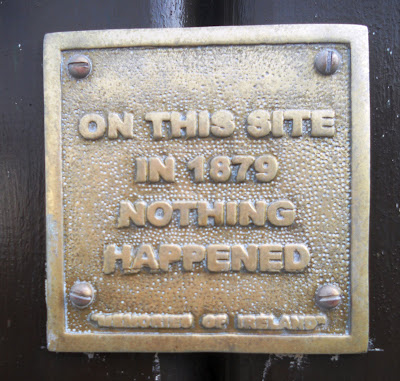 With its whitewashed and narrow walls, narrow lanes and thatched cottages, this charming corner of Skerries looks like every tourist’s image of Ireland. Local people are happy to stop and talk about their houses and their neighbours, making this a friendly place even when they are missing the sunshine. 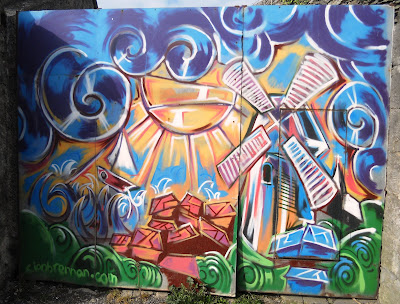 We stopped briefly at Holmpatrick to look at islands off Skerries and a large field of rapeseed on a small peninsula to the south.

And we stopped too in Portrane. But the lights were dimming, even though dusk had yet to fall. It looks as though this could be a quiet bank holiday weekend on the beaches of Fingal.

Posted by Patrick Comerford at 21:43 No comments: