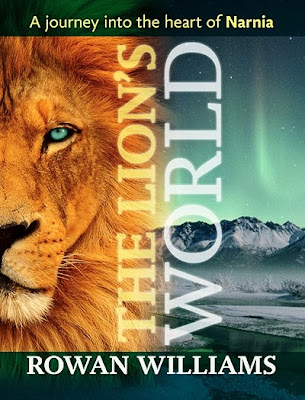 In the media’s relentless quest for sound-bites and the “heart of the story” we often miss out on the depth of thinking and the depth of character of many of our public figures. Throughout his time as Archbishop of Canterbury, Dr Rowan Williams was dogged by public portrayals of him as a primate weighed down by the divisions within the Anglican Communion on sexuality and the Anglican Covenant or, within the Church of England, on the question of women bishops.

He was seldom portrayed or interviewed as either a major theologian or as a serious academic intellect in the field of literature. Now that he has retired from Lambeth Palace to become Master of Magdalene College Cambridge, his literary incisiveness and his address at the Edinburgh International Book Festival brought new media attention to this part of his life. Rowan Williams, who is a polyglot, once disclosed he had learned Russian solely in order to read Dostoevsky in the original. But he is equally at home discussing the works of W.H. Auden, R.S. Thomas, Teresa of Avila, or early patristic writings.

For many of us, The Lion, the Witch and the Wardrobe and The Chronicles of Narnia are so much part of the world of children that as adults we readily forget that C.S. Lewis was an important theological figure in the 20th century – as well as forgetting that he was an Irish-born theologian. Among theologians, Lewis is probably better known for his apologetic works, including Mere Christianity, The Problem of Pain and Miracles and The Four Loves.

In The Lion’s World, Rowan Williams explores the moral landscape of all seven Narnia novels and introduces us to their spiritual subtext. He draws on significant aspects of the life and thinking, aims and achievements, of C.S. Lewis. He also addresses questions about whether Lewis is imbued with sexism, racial stereotyping and the glorification of violence. Among other critics, J.R.R. Tolkien – another of the Oxford ‘Inklings’ – was aghast at how Lewis managed to conflate European and Classical mythology. There are other theological problems too, including Lewis’s understanding of the doctrine of salvation and his lack of any representation of the Holy Spirit throughout most of the stories.

Is Lewis a misogynist, for Susan’s banishment from Narnia can be interpreted as her damnation for discovering sexual maturity? Is Lewis’s supposed racism a parody of the orientalism that was dominant in his day? Today’s readers will find The Horse and its Boy reads like a parody of The Arabian Nights or the “shadow of the Crusades” in the tale of the Calormenes whose cultural world is unmistakably Arab – and Williams recognises that this contributes to “the demonizing of Islam that continues to disfigure the Western imagination.”

However, for Rowan Williams, the key question “is not how Lewis reflects the views of an era but how he qualifies or undercuts them in obedience to ... a spiritual imperative.” Although he does not excuse Lewis’s shortcomings, Williams seeks to understand them in context, and argues that readers in the 21st century need to “make allowance for one hundred years of change.” (After all, the world of C.S. Lewis is Edwardian rather than post-war.) Instead, he invites us to open a door into a new world that is as much for adults as it is for children, and he restores Lewis to his place within the totality of English literature.

However, this is not a guide to interpreting Narnia. At times, he is perplexed by Lewis’s thinking and, for example, leaves us wondering about a Trinitarian interpretation of Aslan. Instead of a guide to Narnia, we have a series of reflections on key central themes: the exhilaration of an encounter with the Divine “other,” avoiding self-delusion, and the joy of the surprising discovery of God.

Williams concludes by offering a summary of Narnia’s central themes, and invites us to let “down the guard of our imagination from time to time.” As he says earlier, “the books must stand or fall, finally, as stories.” This short book is presented in an attractive new format by SPCK, enhanced throughout by Monica Capoferri’s artwork, making it an additional pleasure to read.

C.S. Lewis ended his days at Magdalene College (1954–1963), when he became Professor of Mediaeval and Renaissance Literature at Cambridge, dying there fifty years ago in November 1963. It is more than a happy coincidence that Rowan Williams is there now as Master, and reading this book is an appropriate way to mark this anniversary.

Patrick Comerford is Lecturer in Anglicanism and Liturgy, the Church of Ireland Theological Institute, and an Adjunct Assistant Professor in Trinity College Dublin.