Getting to know your Chapter 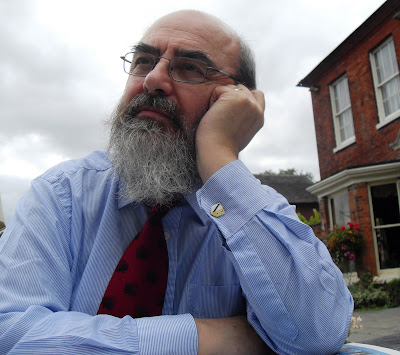 Can you give me a brief history of your career in the Church of Ireland?

I am lecturer in Anglicanism and Liturgy at the Church of Ireland Theological Institute, and have been on the full-time staff there for over five years. I was ordained deacon in 2000 and priest in 2001, while I was still working as a journalist with The Irish Times. Before that, I had been a Diocesan Reader for many years in Saint Maelruain’s Parish, Tallaght.

I was a journalist for 30 years, starting as a freelance contributor to the Lichfield Mercury and the Tamworth Herald in England before joining the staff of the Wexford People and then moving to The Irish Times, where my last position was Foreign Desk Editor. I travelled a lot for work throughout Europe, Asia and Africa, and at the same time returned to study for my degrees in theology.

I thought I was going to be a “worker priest,” and at first I was an NSM curate in Whitechurch Parish. But I was surprised when I was invited to join the staff of the Church Mission Society (CMS Ireland) in 2002. That year, I also began lecturing part-time at the Church of Ireland Theological College, and I have been a full-time staff member since 2006, when I was appointed the Director of Spiritual Formation.

What did it mean to you on becoming a canon of the cathedral?

I was surprised – taken aback. I thought this was an appointment for people with a track record in ministry longer than mine. I hope it’s a position that has strengthened my voice within and outside the Church when I speak out on issues such as racism, Islamophobia, multiculturalism and war and peace. If I ever become pompous or start taking myself too seriously, then tell me to get off my high horse.

But I try to take my responsibilities seriously when it comes to the cathedral liturgy and services, especially during those weeks when I’m supposed to be “in residence.” I realise it is a true privilege as a canon to be able to sit in the chapter stalls and listen to the choir – music is truly nourishing for the soul.

Who are the most inspirational people you have known?

My grandmother gave me my first image of Christ, in Holman Hunt’s ‘The Light of the World.’ The monks at school in Gormanston laid the foundations for later faith and values.

Clergy who have provided me with role models include the late Gonville ffrench-Beytagh ... I never met him, but his actions as Dean of Johannesburg were inspirational at a crucial stage in my early adult life.

For decades, Canon Norman Ruddock kept pressing me to consider ordained ministry. I have been inspired too by Archbishop Desmond Tutu, who I got to know, to interview and to write about.

And I have been blessed to know Canon Eddie Grant, who was my rector in Wexford; Bruce Kent and Paul Oestreicher, who have been prophetic and ‘turbulent priests’ in their own ways; Sean MacBride and Philip Noel-Baker, Nobel prize winners who were not only inspirational but encouraging too.

And, of course, I learn so I learn so much from my students and my colleagues.

What aspect of the Christian faith means most to you?

Since the age of 19, my whole life and self-understanding has been defined by how I have felt conscious of the love and light of God, ever since an accidental but wonderful experience in the chapel of Saint John’s Hospital in Lichfield.

And we engage in that in the ways we live out our lives as sacraments or signs of the love of God, in how we show that we love God and love others, accept the love of God and the love of others.

In my journey in faith I have drawn from all strands of Anglicanism, but I am grateful too to the insights of other traditions, from Eastern Orthodoxy to Quakerism. I spend at least one day a year on a retreat in an Orthodox monastery, and have a number of my own retreats throughout the year at Lichfield Cathedral.

Which six people – living or dead – would you like to invite to dinner?

Apart from my family?

Leonard Cohen, for his poetry, songs, dry sense of humour, and deep spirituality.

Archbishop Desmond Tutu, for his sense of humour and for the mischief he would create.

TS Eliot, to bring depth and breadth to the conversation.

Euripides, for his creative dialogue and appropriately challenging irreverence.

And two unnamed Biblical women – the Syro-Phoenician woman and the Samaritan woman at the well ... they were dynamic in conversation, and they are in the Gospels what Iocasta and Antigone are in the plays of Euripdes.

Can you tell me about your family?

I have lived in many places, including Dublin, West Waterford, Wexford and Lichfield, and my schooling and education have brought me to Kerry, Meath, Cambridge and Japan. But for many years now I am living in Knocklyon, only two or three miles from where I was born on Rathfarnham Road.

Barbara is involved in the life of the cathedral as an acolyte, in the outreach work through the Mendicity Institution, and on Diocesan Synod. She works in child protection and enjoys her involvement in the life of the Church of Ireland Theological Institute.

Our two sons, Jamie and Joe, went to school in the High School in Dublin and are still in full-time education.

What are your leisure interests and hobbies?

These include family history – I maintain a blog for my own family’s history.

Poetry – the poems of TS Eliot, Cavafy and Yiannis Ritsos in particular.

Music – I have no formal musical education, but I have wide tastes, including Mozart, Bach, Vaughan Williams, Verdi, Puccini, Leonard Cohen, Rachmaninov, Shostakovich ...

Architecture – perhaps I’m a frustrated architect, but I am working on a book on Pugin and his Irish churches at the moment.

I was once actively involved in the Anti-Apartheid Movement, Amnesty International, peace campaigns and various mission agencies, and have chaired the board of the Church of Ireland Gazette.

I am a member of General Synod, the Standing Committee, the Council for Christian Unity and Dialogue and the Interfaith Working Group. l am active on many committees and boards of USPG. But I must be getting old now since they’ve elected me President of the Irish Campaign for Nuclear Disarmament (CND).

This interview and photograph are published in Friends News, Christ Church Cathedral, Dublin, Vol 29, No 3 (Autumn 2011), pp 14-16.
Posted by Patrick Comerford at 06:30 No comments: