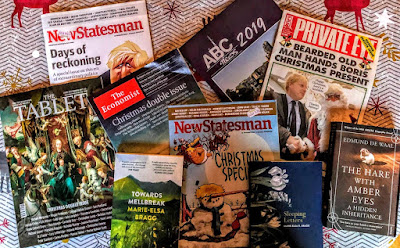 Some of my Christmas reading with a few days off (Photograph: Patrick Comerford, 2019)

After the busy rounds Christmas, I have taken a break and spent the last few days in Dublin, watching films on television – including The Two Popes – and enjoying my Christmas reading, including catching up on the Christmas editions of my favourite magazines, and dipping into some books.

The Christmas special includes profiles of Dominic Grieves, an enlightened Tory rebel who did not retain his seat at the general election, and Edna O’Brien, who recalls The Country Girls being denounced from the pulpit in Tuamgraney, Co Clare, and then being burned.

The New Statesmandescribes itself as ‘enlightened thinking in dark times.’ These are dark times politically, indeed. The extra, post-election edition, with the cover headline ‘Days of Reckoning,’ is a ‘special issue on this era of extraordinary politics.’

Writing about the ‘New Right revolution,’ Andrew Marr this not the revolution many NS readers had been hoping for. He says Boris Johnson’s victory ‘has the potential to realign British politics’ and that Johnson’s ‘opponents underestimate him at their peril.’

Perhaps in its humour the Christmas edition of Private Eye is being more analytical than its readers expect when its front cover claims that Jeremy Corbyn handed Johnson this election victory like a Christmas present.

The Tablet also has a Christmas double issue, with a cover illustrated a detail from a panel by Jan de Beer at an exhibition that continues in Birmingham until 19 January.

The Tablet should be essential reading for thinking Anglicans too. This Christmas edition includes an obituary of the broadcaster and author Mary Craig, who was a regular contributor to the Tablet.

Each year, The Economist produces a Christmas double issue, and this year’s special features include an analytical insight into the shaping of Ireland as a modern liberal society and an interesting look at the lives of families who were moved from the East End of London to East Anglia over the past half century.

ABC News is the very lavish annual magazine of Askeaton/Ballysteen Community Council Munitir na Tíre. In this year’s edition, published within the past week or so, my contribution is a paper on Captain Chichester Phillips, who was MP for Askeaton from 1695 to 1713, and who donated the site in Dublin for Ireland’s first Jewish cemetery.

After my visits to Jewish Prague, Vienna and Bratislava this year, I have returned to reading The Hare with the Amber Eyes by Edmund de Waal, which tells the story of the Ephrussi family, his grandmother’s far-flung family. Last month, I visited the exhibition in the Jewish Museum in Vienna, ‘The Ephrussis, Travel in Time,’ in which Edmund de Wall retells the story of the Ephrussi family as told in this book. Their story moves from Odessa to Paris and Vienna, then to their migration as refugees as World War II forced them to seek asylum in Britain, the US, Mexico, Japan and other countries.

I also received presents of two books by the Revd Maria Elsa R. Bragg, who is a duty chaplain at Westminster Abbey: Sleeping Letters and Towards Mellbreak.

Edmund de Waal has described Sleeping Letters as ‘a beautiful book, a remarkable, cadenced recollection of how grief lives in the body. It is poetry as a kind of dance.’

Edmund de Waal’s Irish-born sister-in-law, the writer Kit de Waal, reveals in the Christmas Special of the New Statesman, ‘I came to writing late in life.’ In the same section, Archbishop Rowan Williams writes, ‘I had settled in my early teens – thanks largely to a couple of imaginative and humane clergy that I knew – that I should be a priest.’ But he also talks about ‘the temptations of perfectionism.’

He thought once of becoming a monk, at another time of teaching English ‘as the alternative “spiritual” calling.’

He summarises what he’s wanted and tried to do as ‘something to do with learning and holding the attentiveness to God and things and words that breaks through private dramas and obsessions. Being a priest and a writer and a teacher of sorts has always been, for me, grounded in those prospects not followed.’

In her column in this Christmas Special, the Revd Lucy Winkett of Saint James’s Church, Picadilly, recalls this story:

‘I was standing in the olive wood souvenir shop in Bethlehem in the West Bank. With US Dollars in my hand, I was haggling with the Palestinian shopkeeper about the carved wooden nativity set I thought I might buy. I liked it because it wasn’t too fussy; slightly abstract. For Christian groups visiting the Holy Land, there is always a desire to support the local economy of the “little town” where Christ was born. But I thought the price was too high, especially because, while the sheep, shepherds, Joseph, Mary, and the Wise Men were all present and correct, there didn’t seem to be any Jesus. No crib. Perhaps an indication of the residual power of the dog collar, the man started to justify the fact that there wasn’t a Jesus as part of the carved set. “He hasn’t been born yet”, “it’s bad luck to have an actual baby in there” and so on.

‘What both of us had missed was that the anonymous carver had placed the baby as a bundle in Mary’s arms. He was there all right, but I’d been too keen on getting a bargain to notice. Maybe that’s my Christmas sermon right there.’ 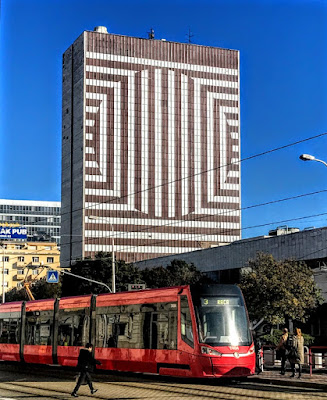 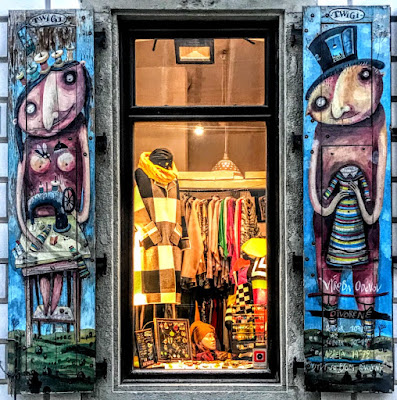