‘They murder the widow and the stranger;
the orphans they put to death’ 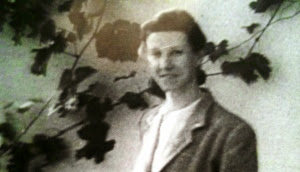 At that time Jesus said, ‘I thank you, Father, Lord of heaven and earth, because you have hidden these things from the wise and the intelligent and have revealed them to infants.’ – (Matthew 11: 25)

It is not the custom or practice in Christ Church Cathedral to have a sermon, homily, or even a brief reflection at this mid-day Eucharist. So I am going to be very brief and very short.

But I could not let today [16 July] pass without mentioning that in its Liturgical Calendar, the Episcopal Church in the US has a feast day honouring the “Righteous.”

The Righteous Among the Nations is an honorific used by the State of Israel for non-Jews who risked their lives during the Holocaust to save Jews from extermination by the Nazis.

The term originates with the concept of “righteous gentiles,” a term used in rabbinical Judaism for non-Jews who abide by the Seven Laws of Noah.

When Yad Vashem, the Holocaust Museum in Jerusalem, was founded in 1953, one of its tasks was to remember the “Righteous among the Nations,” who are also offered honorary citizenship of Israel.

The only Irish woman on this list is Mary Elmes from Cork, who risked her life to save Jewish children from the Nazi gas chambers. The children she rescued include Michael Freund, a boy of five, and his two-year-old little brother, Ronald Friend, who went on to become a Professor of Psychology at Stony Brook, New York.

Mary Elmes was born in 1908 and was educated in Trinity College Dublin, the London School of Economics and in Geneva. She joined the London University Ambulance Unit in February 1937, and worked in a children’s hospital during the Spanish Civil War.

In 1939, she joined thousands of refugees fleeing Spain across the Pyrenees into France. There she continued her work with the Quakers, and provided food supplies and school books for children.

When the Nazis started taking people on trains from France to concentration camps, Mary Elmes and the Quakers started a campaign to move children under the age of 16 to children’s colonies. Under this ruse, she transported many children across the border, hiding them in her car and driving them high into the Pyrenees. We shall probably never know how many children were saved by “Miss Mary,” as they knew her.

She was arrested in January 1943 and was held for six months in a prison near Paris. After the war, she married Roger Danjou and they settled in France and had two children. She made frequent return visits to Cork before she died in 2002. She never sought special recognition and even declined the Légion d’Honneur. Her bravery was eventually recognised by Yad Vashem in 2013.

Our Old Testament reading this afternoon (Isaiah 10: 5-7, 13-16) portrays an horrific account of the evils of war.

“They crush your people, O Lord, •
and afflict your heritage.
They murder the widow and the stranger; •
the orphans they put to death.
And yet they say, ‘The Lord will not see, •
neither shall the God of Jacob regard it’.”

Later this month, we are about to mark the centenary of the beginning of World War I in July 1914. But war is an every-day reality for children, women and non-combatant men throughout the world today –in particular, I have the people of the Middle East in my prayers this afternoon, the people of Gaza, Palestine, Israel, Syria and Iraq.

Canon Patrick Comerford is lecturer in Anglicanism, Liturgy and Church History, the Church of Ireland Theological Institute, and a canon of Christ Church Cathedral, Dublin. This reflection was shared at the mid-day Eucharist in the cathedral on 16 July 2014.

The Irish Times carries the following editorial comment on page 15 this morning [16 June 2014]:

Twenty years after agreeing to the ordination of women as priests, the Church of England has found a compromise on the ordination of women as bishops, following slowly in the footsteps of the Church of Ireland. For many, the decision is long overdue, some will continue to protest that this is a step too far, and others believe too many compromises have been made to reach this milestone.

The vote at the General Synod in York on Monday is a personal triumph for Archbishop Justin Welby, who has managed to unloose the Gordian knot created by the debate about women in the episcopate. Archbishop Welby’s success is due in part to careful, behind-the-scenes negotiations on his behalf by David Porter, an evangelical from Northern Ireland with experience in peacekeeping and problem-solving. However, the principal concessions were made not by the conservative evangelicals but by Anglo-Catholics who now say they are willing to live with difference.

Posted by Patrick Comerford at 07:40 3 comments: