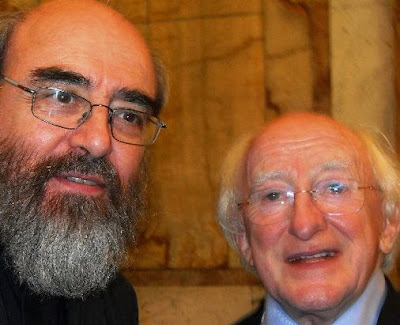 The new President, Michael D. Higgins, is being inaugurated this morning in Dublin Castle

A new President of Ireland is being inaugurated today. Constitutionally, the inauguration ceremony takes place on the day after the expiry of the term of office of the preceding President.

Today’s inauguration takes place in Saint Patrick’s Hall in the State Apartments in Dublin Castle, and those taking part include the Archbishop of Dublin, Dr Michael Jackson. 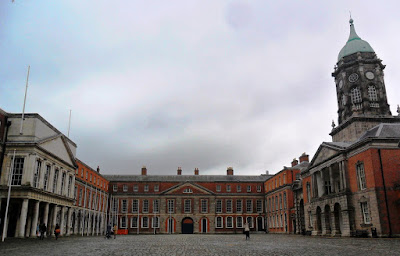 I have known President Higgins for almost 40 years. We were both delegates at the Labour Party conference in Cork in 1973, when he slept on the floor I shared with Wexford constituency delegates in Moore’s Hotel, Cork.

After his election, Mr Higgins said he would continue President Mary McAleese’s work to help heal the wounds of the Troubles in Ireland. We can be thankful too that he is the candidate who is going to be in office in the coming years as we remember and commemorate a number of important centenaries including the Ulster Solemn League and Covenant, the 1913 Lock-Out, World War I and its many battles, the 1916 Rising, the First Dail and the Irish War of Independence.

President Higgins has been a life-long supporter of the Irish Campaign for Nuclear Disarmament. Earlier this week, peace and anti-war groups, including PANA, the Irish Anti War Movement (IAWM), Shannonwatch and Galway Alliance Against War (GAAW), expressed their hope that his inauguration as President will further the cause of peace and bring a renewed focus on the importance of Irish neutrality, causes he has passionately defended throughout his political career.

He has consistently opposed the use of Shannon, a civilian airport, for the invasions and occupations of Iraq and Afghanistan. He was critical of the apparent Irish collusion with the US government in relation to suspected rendition flights through Shannon, and last year he called on the government to withdraw Irish military personnel from Afghanistan. Up to 600 armed US troops pass through Shannon Airport each day, without any oversight or inspection of planes suspected of carrying illegally kidnapped prisoners, CIA assassination crews or dangerous munitions. 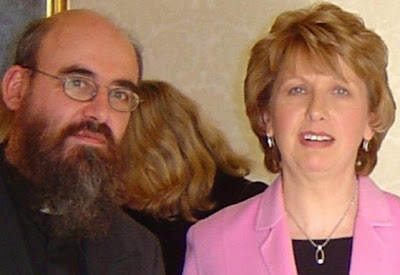 President McAleese ... offered a warm welcome at Áras an Uachtaráin

President McAleese officially ended her term of office yesterday. But throughout her 14 years in office, the doors of Áras an Uachtaráin were always open to those she encouraged in work for peace, development and human rights.

She warmly welcomed me to Áras an Uachtaráin on Sean MacBride’s 100th birthday; when she publicly thanked and affirmed Development and Mission workers and agencies for work in Africa; and when an interfaith group of Christians and Muslims from Egypt were visiting Ireland in 2006. 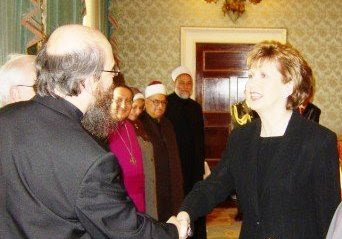 As President, she also launched The Laity and the Church of Ireland 1000-2000: All sorts and conditions (ed Raymond Gillespie and William Neely), a book I had co-authored, in Christ Church Cathedral, Dublin, on 24 October 2002.

President McAleese’s 14 years in office as head of state were marked especially by her active efforts to build bridges. President Higgins says he wants to continue in that task. He adds that his humanitarian work overseas had taught him that, even after peace has been established, continued efforts are needed to repair divided societies.

Undoubtedly, there is going to much media focus on the presidential inauguration today. But there is also going to be media clamour about the unique occurance of time and date at 11:11:11 11.11.11. In all this, we should not forget that today, 11 November, is Remembrance Day, remembering the end of World War I on “the 11th hour of the 11th day of the 11th month” of 1918.

Red poppies bloomed across some of the worst battlefields of Flanders in World War I. Their bright red colour came to symbolise the blood spilt in war, and the poppy became the emblem of Remembrance Day because of the poem In Flanders Fields. :

In Flanders fields the poppies blow
Between the crosses, row on row,
That mark our place; and in the sky
The larks, still bravely singing, fly
Scarce heard amid the guns below.

We are the Dead. Short days ago
We lived, felt dawn, saw sunset glow,
Loved and were loved, and now we lie,
In Flanders fields.

Take up our quarrel with the foe:
To you from failing hands we throw
The torch; be yours to hold it high.
If ye break faith with us who die
We shall not sleep, though poppies grow
In Flanders fields.

We should always give thanks for peace, and always remember those who died and continue to die as a consequence of wars.

On Sunday, as I preach on Remembrance Sunday, I shall be remembering my grandfather, his time in Greece during World War I, and his untimely death a few years after he had been sent back to Ireland from Thessaloniki.

On Sunday afternoon, as the President takes part in the Remembrance Sunday service in Saint Patrick’s Cathedral, Dublin, I shall be remembering dead as I wear my poppy at Evensong in Christ Church Cathedral, Dublin. 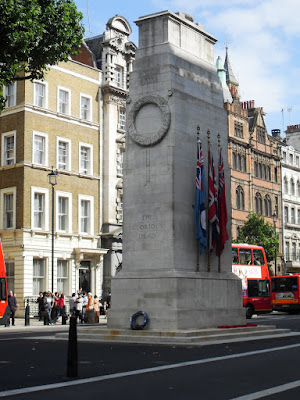