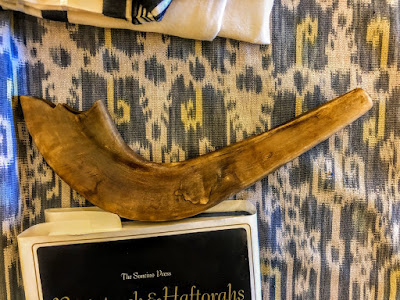 Michael Joseph O’Rahilly, an image of ‘The O’Rahilly,’ at his birthplace in Ballylongford, Co Kerry (Photograph: Patrick Comerford, 2020)

Despite months of protests, an Bord Pleanála has approved the demolition of 40 Herbert Park, Ballsbridge, the former Dublin home of The O’Rahilly, the only leader to have been killed fighting during the 1916 Rising.

The planning authority earlier this week approved the demolition of the house to make way for an apartment and hotel development of up to 12 storeys on adjoining sites of 36, 38 and 40 Herbert Park.

Numbers 36 and 38 have already been demolished but several houses of similar vintage and style at numbers 1-34 Herbert Park are included on Dublin City Council’s Record of Protected Structures.

Derryroe Ltd, a development company owned by the McSharry and Kennedy families, also owns the Herbert Park Hotel, and has received approval despite opposition from several residents’ associations and heritage organisations, Dublin city councillors and the Department of Culture and Heritage. 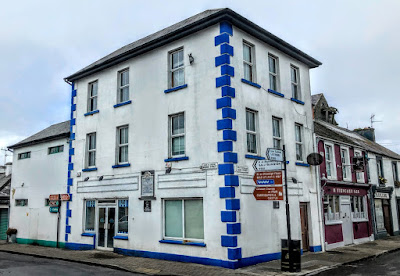 The birthplace in Ballylongford, Co Kerry, of Michael Joseph O’Rahilly, who called himself ‘The O’Rahilly’ (Photograph: Patrick Comerford, 2020)

The decision has angered many people in The O’Rahilly's birthplace of Ballylongford, in north Co Kerry, according to this week’s edition of the Kerryman. Michael Finucane, the owner of the house where The O’Rahilly, tells the Kerryman that the decision is ‘a disgrace.’

He says the fact that the O’Rahilly’s in Ballylongford home is a listed building, while his Dublin residence is to be demolished is ‘frustrating.’ The O’Rahilly’s widow, Nancy (née Brown), lived in the house until 1961.

Michael Joseph O’Rahilly (1875-1916), who called himself The O’Rahilly, was a founding member of the Irish Volunteers in 1913 and took part in the Howth gun-running. Despite opposing the action, he took part in the Easter Rising in Dublin and was killed during the retreat from the GPO.

He was born in Ballylongford, Co Kerry, the son of to Richard Rahilly, a grocer, and Ellen (née Mangan), who lived in a substantial house on the corner of Bridge Street and Quay Street in Balylongford.

He was educated at Clongowes Wood College, Co Kildare. When his father died 1896, he abandoned his medical studies and returned to Ballylongford to take care of the family business in Ballylongford.

But he sold the family business in Ballylongford to the Finucane family in 1898, married Nancy Brown in New York in 1899, and become a wealthy man with a substantial private income, before returning to Ireland in 1902. After a number of return visits to America, he moved to 40 Herbert Park in 1910.

In Gaelic tradition, chiefs of clan were called by their clan name preceded by the definite article, such as The O Morchoe, The O Donnell, The O Neill and The MacGillicuddy of the Reeks. Michael Rahilly assumed the title The O’Rahilly, but was he ever entitled to the title? 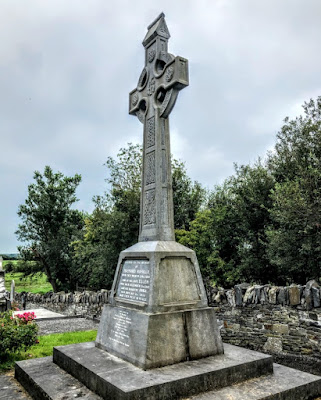 He spent much time in genealogical research, trying to prove a family connection with – if not direct descent from – the Gaelic poet Aodhagán Ó Rathaille (ca 1670-1726), and used a coat-of-arms, complete with supporters, for the Rahilly family that was based on the coat-of-arms of the O’Reillys of Cavan, but that was never registered.

He was born Rahilly, but spelt his name in different ways at different stages in his life. When his first child was born in 1900, he was still calling himself Michael Joseph Rahilly. But by 1901, he was calling himself Michael Ioseph Rathaile, Ua Rathaille in 1903 in 1909, and using the moniker ‘The O’Rahilly’ from as early as 1905. He seems to have used the spelling O’Rahilly from 1909 on, a change that was followed other members of the Rahilly family.

When he adopted the title The O’Rahilly, he claimed he was the eldest surviving member of the male line of his family. His wife Nancy became known as Madame O’Rahilly.

But there never was a known figure called The O'Rahilly before that in traditional Gaelic nobility. Michael Joseph Rahilly was the eldest male line descendant of Michael Rahilly (ca 1765 - ca 1810) of Killarney. His son, Michael Joseph Rahilly was living in Ballylongford by 1832, and was the father of Richard Rahilly, the father of ‘The O Rahilly.’

However, there is no substance to his claims that he was the eldest male line descendant of the entire family. 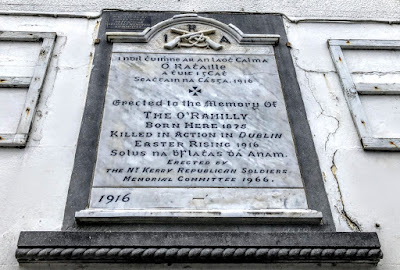 William Butler Yeats defended O’Rahilly on this point in 1938 in a poem The O’Rahilly that begins:

Sing of the O’Rahilly,

Do not deny his right;
Sing a ‘the’ before his name;
Allow that he, despite
All those learned historians,
Established it for good;
He wrote out that word himself,
He christened himself with blood.

How goes the weather? 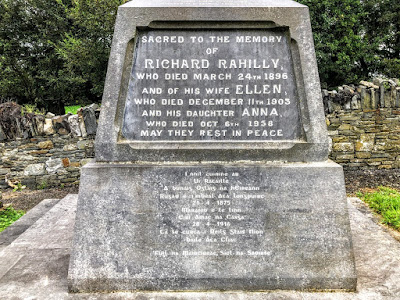 An inscription on the Rahilly family grave in Ballylongford (Photograph: Patrick Comerford, 2020)