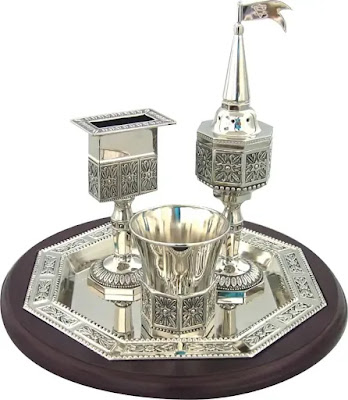 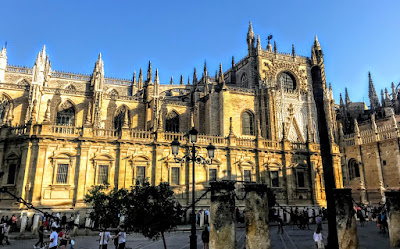 Seville Cathedral is the third-largest church in the world, the largest cathedral and the largest Gothic church (Photograph: Patrick Comerford)

Earlier in this series, I returned to the Cathedral of Saint James in Santiago de Compostela (31 March 2021, HERE), and the Basilica de la Sagrada Familia in Barcelona (10 April 2021, HERE). This morning (4 June 2021), my photographs are from Seville Cathedral or the Catedral de Santa María de la Sede. 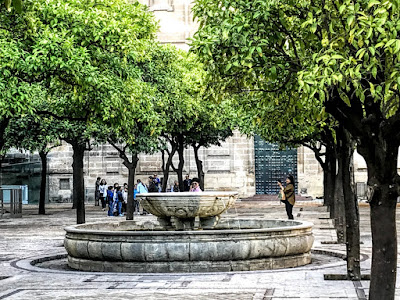 The Patio de los Narnanjos, or Court of the Oranges … this site was first a mosque (Photograph: Patrick Comerford)

Seville Cathedral is the third-largest church in the world as well as the largest Gothic church. After its completion in the early 16th century, this became the largest cathedral in the world, a title that had been held until then by Hagia Sophia in Constantinople for almost 1,000 years. 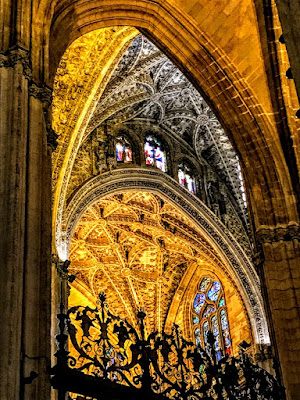 The cathedral was rebuilt in Gothic splendour in the 15th and 16th centuries (Photograph: Patrick Comerford) 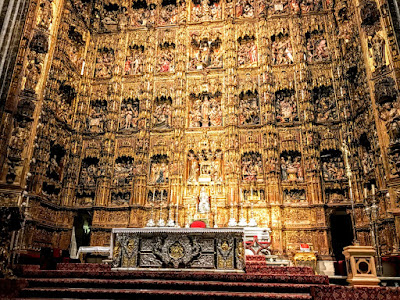 The baptistery Chapel of Saint Anthony contains the painting of ‘The Vision of Saint Anthony’ (1656) by Bartolomé Esteban Murillo. In 1874, it was discovered that thieves had cut away the portion depicting Saint Anthony, but it was recovered in New York a year later. 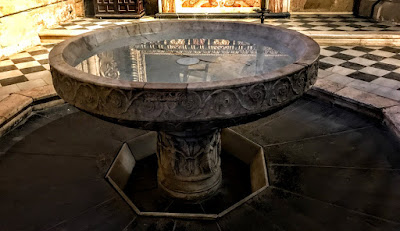 The font in the baptistery Chapel of Saint Anthony (Photograph: Patrick Comerford)

35 While Jesus was teaching in the temple, he said, ‘How can the scribes say that the Messiah is the son of David? 36 David himself, by the Holy Spirit, declared,

“The Lord said to my Lord,
‘Sit at my right hand,
until I put your enemies under your feet’.”

37 David himself calls him Lord; so how can he be his son?’ And the large crowd was listening to him with delight. 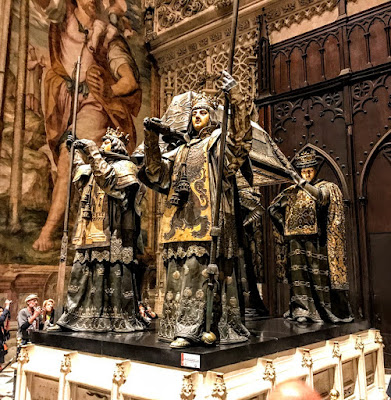 The tomb of Christopher Columbus in the cathedral (Photograph: Patrick Comerford)

The Prayer in the USPG Prayer Diary today (4 June 2021) invites us to pray:

Let us pray for youth-led movements for ecological justice, such as the Young Christian Climate Network and Fridays for Future. May we learn from their enthusiasm, knowledge and urgency. 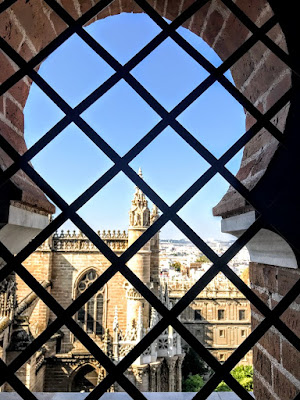 The cathedral seen from the Giralda (Photograph: Patrick Comerford)