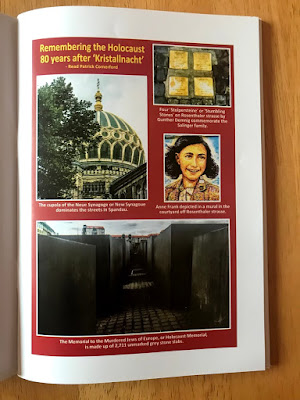 My monthly column for November in two diocesan magazines, the Church Review (Dublin and Glendalough) and the Diocesan Magazine (Cashel, Ferns and Ossory), marks the 80th anniversary of Kristallnacht.

On the night of 9/10 November 1938, Nazis and members of the Hitler Youth went on state-sanctioned rampages against Jews throughout Germany and Austria. That night 80 years ago is remembered as Kristallnacht or the ‘Night of Broken Glass,’ and many say it marks the unofficial beginning of the Holocaust.

The editor the Diocesan Magazine, the Revd Patrick Burke, who is the Rector of Castlecomer, Co Kilkenny, writes in his editorial comment: ‘An older shame is remembered by Patrick Comerford this month, the treatment of Jews during the Holocaust. It is startling to realise that very few direct witnesses to that horror remain … which makes it all the more important to remind ourselves again and again of what took place, both to honour the memories of those who suffered, and to help prevent such an evil raising its head among us again, whatever form it takes.’

He has also uses a collection of my photographs in a full-page colour spread to introduce this seven-page feature, Remembering the Holocaust 80 years after ‘Kritallnacht’.

The two magazines are being distributed in parishes and churches tomorrow [4 November 2018].

So, more about Kristallnacht on this site tomorrow afternoon [4 November 2018], with more photographs and a full account of my recent visit to synagogues, museums, memorials and other sites in Jewish Berlin. 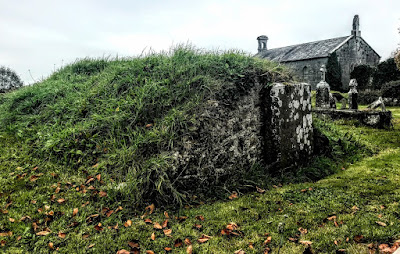 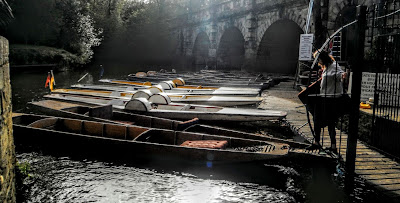