A day in the West Country 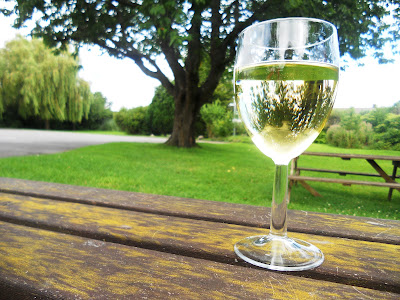 A glass of wine beneath a spreading tree on the lawns behind the Talbot Inn in Quemerford, Wiltshire (Photograph: Patrick Comerford, 2012)

Everyone had said it was going to be a heat-wave in London on Saturday [18 August 2012], with temperatures rising to 30 or higher. But, with a day off, it seemed like a good idea to head out into the West Country.

I caught an early train from Paddington out through Slough, Reading and Swindon and through flat green and golden fields to Chippenham in north Wiltshire. From there, it was a short bus journey through farmland and fields to Calne, where I spent the best part of the day.

In cooler sunshine than London was experiencing, I enjoyed strolling around the town and walking out as far as the former village of Quemerford, which is now an extended part of Calne on the road out past the White Horse and on to Marlborough. 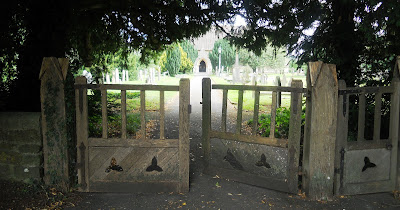 Quemerford House was recently placed on the market, and the old name plate on the gates has fallen off or has been removed.

But, apart from a cavalcade of vintage cars that passed through Quemerford with joy, it was a quiet and sleepy day in this part of Wiltshire, where time had little meaning. 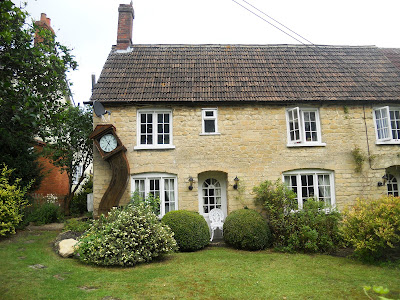 After a stroll out in the countryside past Quemerford Farm, I returned to the Talbot Inn in Quemerford to sip a glass of wine and to read the Guardian before walking back into Calne. 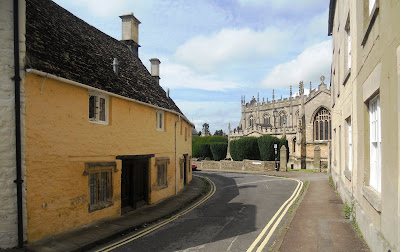 The Tounson Almshouses,dating from 1682, and Saint Mary’s Church in Calne (Photograph: Patrick Comerford, 2012)

I spent some more time in Calne, walking around the Green, through Saint Mary’s churchyard and courtyard, by the 17th century Tounson Almshouses, and by Doctor’s Pond, where Joseph Priestly is said to have “discovered” oxygen while he was working as a librarian for Lord Lansdowne at the nearby Bowood estate.

I have stayed at the White Hart, on the corner of the Green, on a number of occasions in recent years, and for a moment just wondered this afternoon whether I ought to have booked in there for the night, and lingered a little longer in the West Country.

Before catching the train back to London, I strolled around the old market town in Chippenham for an hour, and through the Saturday market.

As I was about to have a sandwich in a café by the Avon, I noticed seven swans a swimming in the river. But today’s weather was so good it was difficult to think of Christmas.

Seven swans a swimming in the Avon at Chippenham (Photograph: Patrick Comerford, 2012)

When I got back to Ealing Abbey, it was a balmy and bright evening. I strolled down to Pitshanger Lane and had dinner in the local Greek restaurant, Atlantis. The conversations were about Athens and Thessaloniki, Olympia and Lesbos, Rhodes and Corinth, Crete and how to get to Kastellorizo.

After the weather we’ve had over the last few months in Ireland and in England, the summer celebrations and the memories we can cherish are going to be important when it comes around again to singing about seven swans a swimming.