Changing to Us at a special service in Westminster 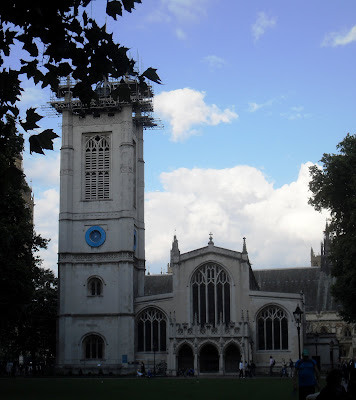 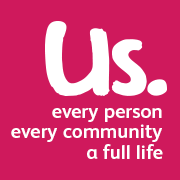 I am in London today [Tuesday 20 November 2012] as USPG is changing its name to United Society, to be known as Us.

The change of the name is one of the steps this Anglican mission agency is taking to keep the Gospel message fresh and relevant.

The new look is being launched this evening in Saint Margaret’s Church, Westminster Abbey, with a reception afterwards in Church House, Westminster.

I have been invited to take part in this evening’s special service in Saint Margaret’s as a representative of USPG Ireland and as a member of the council of USPG.

The preacher this evening is the Revd Dr Sam Wells, Vicar of St Martin-in-the-Fields, and there is music from the Zimbabwean choir Pahukama.

The speakers at the reception in Church House after the service include Father Andrew Devadason, from the Church of Ceylon, and there are films and presentations about the work of Us, a 311-year-old organisation working with the world Church to inspire communities to access healthcare, education and justice.

Inside Saint Margaret’s Church, Westminster Abbey … the venue for this evening’s special service

Westminster Abbey began as a Benedictine Abbey, founded in 1065 through the patronage of King Edward the Confessor. However, the monks of the new Monastery of Saint Peter in Westminster were disturbed at their daily office by the people of Westminster who came to hear Mass. The monks built a smaller church next to the abbey to serve the local people, thus leaving the monks in the abbey undisturbed. Saint Margaret’s was built in the late 11th century, although there is no precise date for its foundation.

In July 1189, the Abbot and Convent of Westminster received a grant from Pope Clement III that confirmed that Saint Margaret’s Church was outside the jurisdiction of the Bishop of London.

In 1222, the abbey and its properties, including Saint Margaret’s, were declared to be outside the Diocese of London and also exempt from the authority of the Archbishop of Canterbury.

When Queen Elizabeth I re-founded Westminster Abbey as a collegiate church in 1560, she maintained its exemption from episcopal authority and made the new foundation a “royal peculiar,” subject only to the authority of the monarch as Visitor.

Saint Margaret’s Church and its parish were part of the “peculiar jurisdiction” until 1840 when they were placed within the Diocese of London.

The current rector is the Revd Canon Andrew Tremlett, who was installed in October 2010. He was previously a Canon Residentiary at Bristol Cathedral, where he was responsible for the fabric and the cathedral’s development plan. At Saint Margaret’s he works closely with the Revd Rose Hudson-Wilkin, Chaplain to the Speaker of the House of Commons.