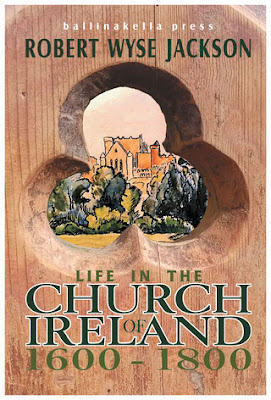 A vision for a new spiritual
awakening on Achill Island 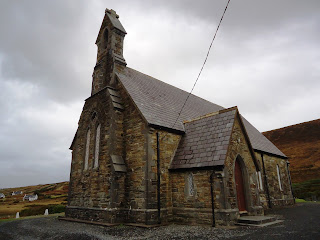 Last week I was invited to speak at the launch in Limerick of Patricia Byrne’s new book on Edward Nangle and the Achill Mission, The Preacher and the Prelate.

But the debates stirred up by Nangle and his Achill Mission and their protagonists often detract from the good news and developments that are taking place around Saint Thomas’s Church in Dugort, which is Nangle’s lasting legacy on Achill Island.

At the General Synod in Armagh earlier this month, Maedbh O’Herlihy shared with me her vision for the Sacred Path, a Centre for Spirituality that is an initiative of the Church of Ireland in the Diocese of Tuam, Killala and Achonry.

Maedbh, who is the co-ordinator of the Centre for Spirituality, says the ‘Sacred Path offers place and time to reconnect with nature in all its magnificence, and through this re-connection, come to a deeper awareness of the divine presence within each individual which is, in turn, a true gift to all creation.’

As a centre for spirituality, the Sacred Path is planning to offer a programme of retreats, workshops and pilgrimages.

In her promotion of the Sacred Path, Maedbh says the centre is offering ‘the quiet space, the hospitality of welcome, the meditative atmosphere, the friendship in the practice of the Anam Cara – the Friend of the Soul, and the opportunities to both reawaken, and refresh, the spiritual within each of us.’

She continues: ‘These quiet encounters with Christ through prayer, reflection, workshops, pilgrimages, meditation – both indoors and out in the beauty of nature, and in retreats are stepping stones of opportunity.’

‘The retreats may be silent, individual or group, facilitated, or simply accompanied through gentle direction,’ she promises.

So something new is coming out of Achill this summer. It promises to be a new spiritual awakening in a way that Edward Nangle could have imaged a century and half ago, and a blessing reaching far beyond the parish and diocese in the Church of Ireland.