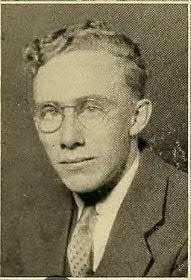 Commerford Beckwith Martin (1911-1988) a well-known New York-born engineer and was an original designer of the double-decker commuter train cars.

Commerford B Martin was born in New York on 1 November 1911. His father, Thomas Commerford Martin (1856-1924), was an English-born pioneering electrical engineer, writer and journalist who worked closely with Edison and Nikola Tesla. His mother, Carmelita (née Beckwith) (1869-1947), was a writer too and was the co-author with Adele Marie Shaw of The Lady Of The Dynamos (1909).

Commerford B Martin took his first name from his grandmother, Catherine Commerford (1825-1882) , who married Thomas Martin in Thanet, Kent, in 1853.

After graduating from Cornell in 1933, Commerford Martin became a well-known engineer, and he was the original designer of the double-decker commuter train cars.

Commerford Martin died on 19 January 1988, aged 76, in Saint Louis, Missouri, and he was buried in the City Cemetery, Saint Louis.

His former fraternity, KDR, honours Commerford Martin with an annual scholarship awarded to KDR members. The Commerford B Martin Engineering Scholarships were endowed by his widow Miriam Martin.

Commerford Beckwith Martin and Miriam Stearly (Carr) were the parents of two sons:

Praying with USPG and the hymns of
Vaughan Williams: Tuesday 9 August 2022 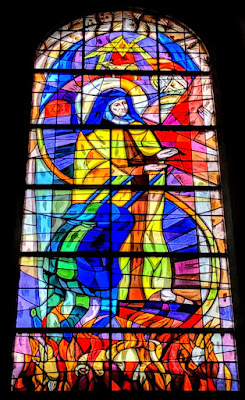 Today is the 77th anniversary of the atomic bombing of Nagasaki on 9 August 1945. In many parts of the Roman Catholic Church, today also recalls Edith Stein (1891-1942), the Polish-German Jewish philosopher who became a Roman Catholic and a Carmelite nun, and who was murdered in Auschwitz during the Holocaust on this day 80 years ago, 9 August 1942.

The Calendar of the Church of England in Common Worship remembers Mary Sumner (1828-1921), Founder of the Mothers’ Union, with a Lesser Festival today.

Later today, I plan to visit London. But, before this becomes a busy day, I am taking some time this morning for prayer and reflection. 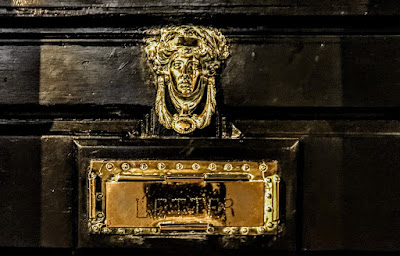 [Jesus said:] 9 ‘So I say to you, Ask, and it will be given to you; search, and you will find; knock, and the door will be opened for you. 10 For everyone who asks receives, and everyone who searches finds, and for everyone who knocks, the door will be opened. 11 Is there anyone among you who, if your child asks for a fish, will give a snake instead of a fish? 12 Or if the child asks for an egg, will give a scorpion? 13 If you then, who are evil, know how to give good gifts to your children, how much more will the heavenly Father give the Holy Spirit to those who ask him!’

Today’s reflection: ‘The Five Mystical Songs,’ 2, ‘I Got Me Flowers’

Vaughan Williams has divided George Herbert’s poem ‘Easter ’into two parts to provide the first two songs, ‘Easter’ and ‘I Got Me Flowers.’

The first four songs are personal meditations in which the soloist takes a key role. Vaughan Williams has divided George Herbert’s poem Easter into two parts to provide the first two songs, ‘Easter’ and ‘I Got Me Flowers.’

I have chosen the second of these Five Mystical Songs, ‘I Got Me Flowers,’ for my meditation this morning [9 August 2022]. This is second part of George Herbert’s poem ‘Easter.’ The setting for ‘Easter’ by Vaughan Williams is elaborate in design and Michael Kennedy ascribes its richness of orchestral detail to ‘Elgarian prototypes.’

I got me flowers to strew thy way;
I got me boughs off many a tree:
But thou wast up by break of day,
And brought’st thy sweets along with thee.

The Sunne arising in the East.
Though he give light, and th’East perfume;
If they should offer to contest
With thy arising, they presume.

Faithful and loving God,
who called Mary Sumner to strive for the renewal of family life:
give us the gift of your Holy Spirit,
that through word, prayer and deed your family may be strengthened and your people served;
through Jesus Christ your Son our Lord,
who is alive and reigns with you,
in the unity of the Holy Spirit,
one God, now and for ever.

Father,
from whom every family in heaven and on earth takes its name,
your servant Mary Sumner revealed your goodness in a life of tranquillity and service:
grant that we who have gathered in faith around this table
may like her know the love of Christ that surpasses knowledge
and be filled with all your fullness;
through Jesus Christ our Lord.

We pray that young people are increasingly recognised as the present rather than the future.