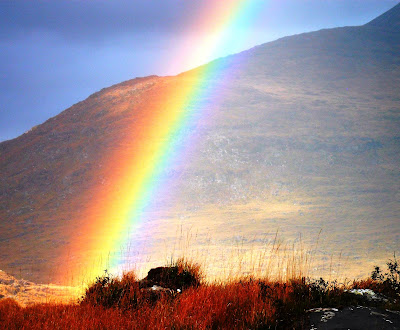 ‘It is this great absence/ that is like a presence, that compels/ me to address it without hope of a reply …’ (Photograph: Patrick Comerford)

The 40 days of Lent can be like a wilderness, waiting anxiously for the presence of God, yet reminding us of the absence of God too.

For my Poem for Lent this morning I have chosen ‘The Absence’ by the Welsh priest poet RS Thomas. The Revd Ronald Stuart Thomas (1913-2000) was and one of the leading religious poets of the 20th century, and was once nominated for the Nobel Prize for Literature.

Thomas has been described “the Solzhenitsyn of Wales” and as the “Poet of the Hidden God.” Thomas’s poetry is marked by a cluster of recurring images, symbols, and metaphors: silence, prayer, kneeling, waiting, watching, empty churches, a wound, the pierced side of Christ, a bare tree – and the cross, which he repeatedly describes as empty or “untenanted.”

He writes in the tradition of apophatic theology, the theology of the deus absconditus or hidden God, the God of the Burning Bush and desert wind who blows hot and singes the human spirit.

What does that mean for forging an identity in the modern world? What language might be used to address such a God in a meaningful way? As Archbishop Rowan Williams of Canterbury has written, RS Thomas was – like one of his spiritual mentors, Soren Kierkegaard – a “great articulator of uneasy faith.”

DZ Phillips says his poetry is an expression of prayer and praise in language, showing us that “to say that God makes a difference to the world by virtue of his absence from it, is not to fail to talk of the reality of God, but to show how talk of such a reality gets a hold on human life.”

In his poem ‘Adjustments,’ Thomas writes:

Never known as anything
but an absence, I dare not name him
as God …
… We never catch
him at work, but can only say,
coming suddenly upon an amendment,
that here he had been …

Daniel Westover, writing on RS Thomas and the Romantic Imagination in the North American Journal of Welsh Studies, says: “In nature, it is divinity, rather than history, which Thomas responds to most ... Thomas finds the God of nature elusive, but when He reveals Himself, he does so through the natural world. God’s reflection, His shadow, and His echo exist in the Welsh hills. His influence there is both a presence and an absence (and, at times, an absence that is like a presence).”

In an essay on Thomas in ‘Religion & Ethics newsweekly,’ David E. Anderson is senior editor of Religion News Service, says: “Thomas does not offer an easy resolution of the paradox of absence and presence, but in the long encounter he waged with doubt and silence – often on his knees, as many of the poems tell us – he seems to have won his way to a rugged kind of faith, an affirmation of love as the meaning of the cross, and a posture of patient waiting.”

The Absence, by RS Thomas

It is this great absence
that is like a presence, that compels
me to address it without hope
of a reply. It is a room I enter

from which someone has just
gone, the vestibule for the arrival
of one who has not yet come.
I modernise the anachronism

of my language, but he is no more here
than before. Genes and molecules
have no more power to call
him up than the incense of the Hebrews

at their altars. My equations fail
as my words do. What resources have I
other than the emptiness without him of my whole
being, a vacuum he may not abhor?