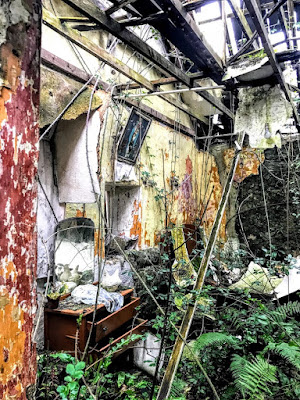 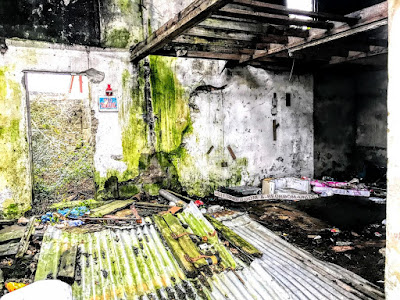 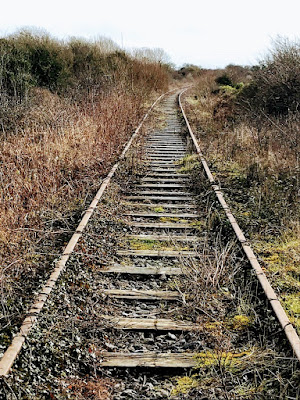 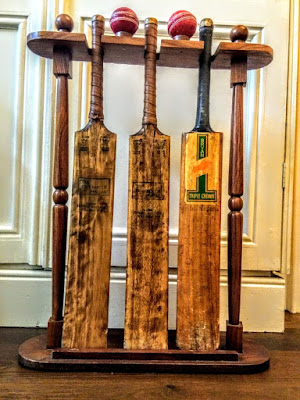 Private ‘Big Mick’ Comberford of the Yorkshire Light Infantry was a batsman with a reputation for big hitting (Photograph: Patrick Comerford)

After a weekend of intense rugby watching on the couch, it was interesting to come across cricket stories about a family member that belongs to the realm of the absurd.

The story is told by Abhishek Mukherjee, who is the Chief Editor at CricketCountry. In a posting last month [17 January 2018], he wrote an intriguing story about ‘two Indian birds, two stories, two deaths, and cricket.’

The incidents he wrote about took place in India, and he says that one was deliberate, while the other was an accident.

Abhishek Mukherjee came across both incidents in the same piece that appeared in the exotically named newspaper Lachlander and Condobolin and Western Districts Recorder on 19 June 1927.

The first of these dated back to ‘some years ago,’ in a match between the old 51st Light Infantry and the Royal Artillery.

Captain Wright of the Royal Artillery (captain was his military designation; he might or might not have been leading the side) hit a ball very high in the air. It ‘looked like making a good three.’

The ball rose and rose before turning around, responding to the inevitability of gravity. At this point a kite, manning the sky in search of edibles, decided that the leather orb was food of sort. It swooped down on the ball and caught it in its talons (how good was that catch?) and spread its wings.

With no replacement ball, the fielders were left with no option but to keep an eye on the bird and chase it. It was a valiant pursuit, but then, the kite decided to settle for a perch in a mango tree. Once there, it dug those sharp, powerful beaks into the ball. Unfortunately, despite serving the noblest of purposes, the cricket ball did not live up to the kite’s expectation of edibility.

By this time the soldiers had caught up. It was their last chance before the kite would decide to take flight again. They did what soldiers have done a million times in history, to humans and beyond. A gun was acquired from a nearby bungalow.

What happened to the ball? Let me quote from the report: ‘The bird had struck with such force at the moving object that the talons of one foot had become firmly embedded in the leather, and were with difficulty removed. It had also ripped the ball so much with its beak in its efforts to free itself that it had completely spoilt it for further use.’

The other incident was contested by the old Yorkshire Light Infantry and the 4th Battalion Rifle Brigade. Once again the ball was hit high in the air, this time by one Private ‘Big Mick’ Comberford of the Infantry, a man for big hitting.

The ball landed into a large tamarind tree, the only vegetation of any note in the enormous maidan. Two fielders ran in pursuit, but the ball was clearly not at the foot of the tree. The obvious conclusion was that the ball had found its place in the dense foliage of the tree.

Both fielders climbed up the tree (as far as they could, that is). They shook the branches with full vigour, but the ball refused to return, and play was called off for the day.

However, the search resumed the morning after. Two Indians were involved in the hunt. They were promised two annas (one-eighth of a rupee) each for the search and two more annas for the successful one.

This provided a favourable result, but not before a startling discovery: the ball had apparently made its way down a hole between two of the largest branches, but that was not the end of the story. The ball had managed to kill a female mynah, who was sitting on her eggs inside her nest in the hole.

After that, I must go in search of ‘Big Mick’ Comberford of the Infantry, the man known for big hitting.

Abhishek Mukherjee is the Chief Editor at CricketCountry. He blogs at ovshake.blogspot.com and can be followed on Twitter @ovshake42.