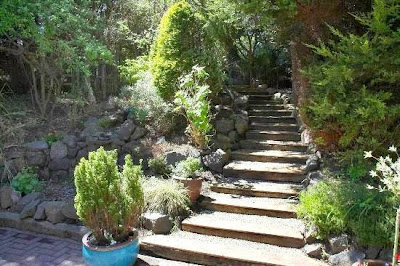 Stepping back in time at the Cedars Hotel … it’s almost 40 years since I lived in Rosslare Strand, Co Wexford

For a short time in the mid-1970s, I lived at Rosslare Strand.

I moved out of my two-room, top floor flat in High Street, Wexford, and in the middle of winter rented a house in Rosslare Strand that was used as a summer holiday home by the Martin Family.

I was in my early 20s, and naively I had failed to realise how difficult the daily commute was going to be in the winter months of November and December for someone who would never learn to drive.

I was working then as a journalist with the Wexford People group of newspapers, and each morning I would walk along the sandy beach at Rosslare Strand to catch the first train from Rosslare Port to Dublin that served as a commuter train to Wexford Town. How we jested that the North Station was at the west end of Wexford Town, and the South Station at the east end of the town.

Each evening, I would catch the late train or hitchhike back the 10 miles from Wexford in the cold, wet dark hours of winter.

I soon began to wonder why I had given up that flat in High Street. It was directly opposite the works’ entrance to the People office, and today it might up talked up as a penthouse apartment. Only a month or two earlier, I had enjoyed the pleasures of being beside the Theatre Royal, with almost a front row seat when it came to hearing rehearsals for the Wexford Festival Opera.

The house was cold in winter, to say the least. We had to arrange adroitly for coal deliveries, and when the house began to heat up condensation would cover the walls and the windows and drip down all night. To compound these inconveniences, the shower never seemed to work. Can you imagine the surprise of washing at the kitchen sink – “wash up as far as possible, wash down as far as possible, then wash possible” – only to look up and see a cow looking in the kitchen window?

Living in Rosslare Strand had many compensations, and many unexpected pleasures. The area was still rural, without the broad expanse of holiday homes that have mushroomed in the intervening decades. There were long walks on the beach, and when it was dry, the winter skies were bright and star-filled.

And, in the evenings, there was a welcome across the road in the Cedars Hotel, where the proprietor took pity and offered budget dinners by the fireside. He was a brother of Bishop Eamon Casey, and he was a larger-than-life character with a warm-hearted, jovial personality.

Rosslare Strand clings to its name to distinguish it from nearby Rosslare Harbour and the Rosslare Europort.

Rosslare has been a centre for tourism for over a century, and claims to be the sunniest spot in Ireland. Living there in winter I never appreciated the fact that Rosslare enjoys 300 hours more sunshine each year than the average place in Ireland. The long sandy strand is a Blue Flag beach, there is a number of golf courses in the area, and Rosslare has some well-known hotels and restaurants.

To the north of where I once lived, there is a long sand-spit that stretches north from Rosslare and separates Wexford Harbour from the Irish Sea. Until the early 1920s, this spit stretched many miles further north, almost touching the Raven Point so that Wexford Harbour once had a very narrow mouth. Rosslare Fort stood at the end of this spit.
However, in the winter of 1924-1925 a storm breached the spit and it was gradually washed away – it must have been a winter like the one we are experiencing in Ireland at present. Rosslare Fort was abandoned and all that is left today is an island hat can be glimpsed at low tide.

Nevertheless, the weather means this part of Ireland rejoices in being the “Sunny South-East” ever since Rosslare recorded 1,996.4 hours of sunshine in 1959, the highest recorded in Ireland.

I left Rosslare at the end of 1974 to move from the Wexford People to The Irish Times.

I am back in the Cedars Hotel this weekend for the first time in 40 years. The showers work, the food is excellent, and there are plenty of opportunities for walks on the long, sandy stretches of beach. I wonder if I’ll find that old Martin family home.