A caffeine antidote for a technophobe 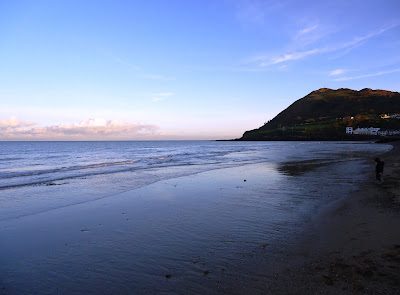 Autumn lights in the late afternoon on the beach in Bray this afternoon (Photograph: Patrick Comerford, 2012)

Technology is waging a war against me.

My laptop is failing to shut down properly.

My camera is refusing to charge the battery.

Sitting in front of a new laptop trying to figure out new programmes, and new programmes with a new camera, is no way to spend a bank holiday Monday. 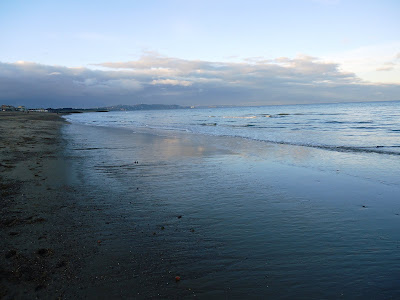 Eventually I abandoned any attempt to be polite with new gadgets and headed off to Bray for a walk on the beach.

The change from summer time to winter time means the evening lights were closing in much earlier. But the low setting sun was casting beautiful lights and reflections on the water as the tide ebbed out slowly, and the sound of the small waves lapping against the pebbles and the sands on the shoreline was a calming and a soothing sound. 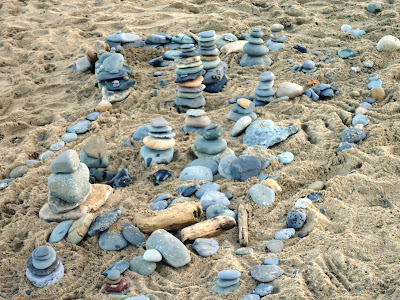 An imaginative child – perhaps with the help of an imaginative adult – had made sandcastles out of pebbles on the beach.

It is such a pity that the Beach House has closed – the menu and ambience, coupled with those stunning views out the lengthy views across the beach to the Irish Sea were very comforting for this vegetarian. 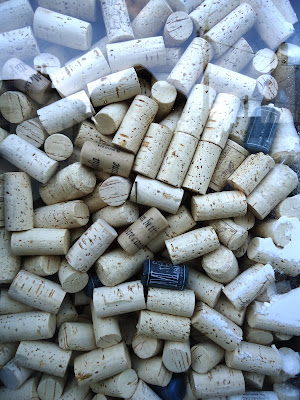 There is more than coffee on offer at Sapori Di Campo (Photograph: Patrick Comerford, 2012)

But we had two coffees – a double espresso and an Americano – in Sapori Di Campo Fiori on Albert Avenue, just off the seafront.

Caffeine can be a perfect antidote to all the woes of dealing with new gadgets. 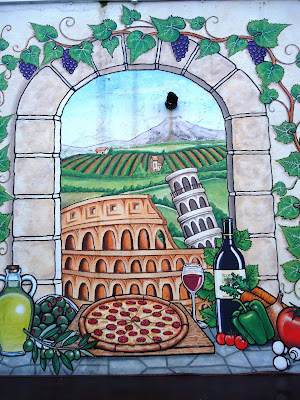 A hint of Italy on Albert Avenue in Bray (Photograph: Patrick Comerford, 2012)

And outside, in Albert Avenue, there were some amusing murals facing Sapori Di Campo Fiori – a reminder of sunshine and Italian food in Tuscany earlier this month.

Back home, I am still failing to figure out how to open a new document on the new laptop. But plugging out the old laptop until it powered out and then plugging it back in again has worked.

And a new camera has produced beautiful images of the late afternoon lights on the beach in Bray.

Now, how do I edit those photographs on the new laptop?

And how do I open a new document?