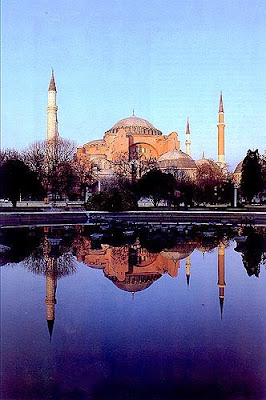 As the weather vacillates, in typical Irish fashion, between heavy winter showers and bright bursts of sunshine that hint at summer, I wonder whether last week was Ireland’s summer for this year, or whether summer has yet to come.

Being caught between whether it is or is not summer is one of those sensations that makes me yearn for my annual return visit to Greece. But that is still some weeks away, and like Yeats, as he dreamed of sailing for Byzantium, I must dream for another few weeks yet of travelling to Crete.

For the past few weeks I have been following closely the events in Gezi Park and Taksim Square in Istanbul, and as the police moved in early on Tuesday morning this week and forcibly removed the protesters and their camps, I thought of the fall of Constantinople 560 years ago in 1453.

Aghia Sophia was the cathedral of Constantinople until it was captured and desecrated by the Ottomans in 1453. It was then turned into a mosque and became a museum in 1935. Since then, all worship, Christian or Muslim, has been prohibited there. 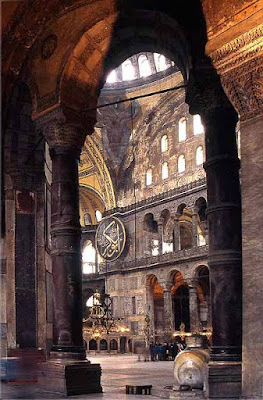 The fall of Constantinople and the legends that have grown up about it provide many of the images in the anonymous Greek poem, ‘The Last Mass in Santa Sophia’: 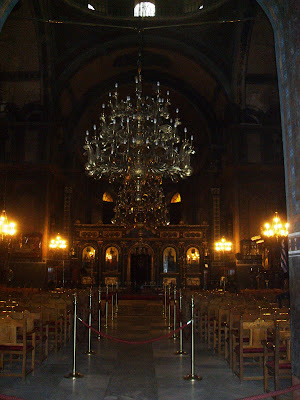 The beautiful interior of the Church of Aghia Sophia in Thessaloniki ... its design is a replica of the great Aghia Sopha in Byzantium (Photograph: Patrick Comerford, 2011)

The references in the poem to the numbers of tocsins, bells, high priests, priests, and deacons do not reflect historic reality. On the other hand, the Greek in this poem, interestingly, has just one word to express the phrase “fall to the Turks” – τουρκέψῃ (turkepsi!). It says a lot about daily life in the last days of the Byzantine Empire: “Yet another turkepsimoment!”

And there are echoes here of how the protesters in Istanbul in recent days have embraced a jibe from the Turkish Prime Minister, Recep Tayyip Erdoğan. When the demonstrators first took to the streets, he branded them çapulcu, or looters – the insult also means marauders or bums. 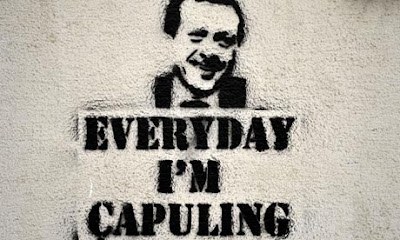 But Erdoğan’s jibe has backfired. Protesters in Istanbul and other Turkish cities have embraced the word as their own. They are labelling themselves proud çapulcu and have even coined an English verb, capuling (pronounced chapulling, with the emphasis on the second syllable). Students sleeping under the plane trees in Gezi Park named their makeshift camp Capulistan, with signs proclaiming: “Capul residence.”

As heavy-handed police moved against protesters in Taksim Square yesterday, Amnesty International held a protest outside the Turkish Embassy in Ballsbridge, Dublin, demanding changes in Turkey and an end to repression. Amnesty wants: an immediate end the excessive use of force against peaceful protesters; to ensure the right to freedom of expression and assembly; and a prompt, independent and impartial investigation into the excessive use of force that brings to justice law enforcement officials found to have ill-treated demonstrators and other members of the public.

The last line of the poem , with its promise of eventual liberation, endeared the poem and song to Greeks in the past. In time, I am sure, many legends will grow up around the present protests in Istanbul and throughout Turkey. But I hope too that the protests usher in real change and lasting human rights and liberty.