A tranquil week in Swords 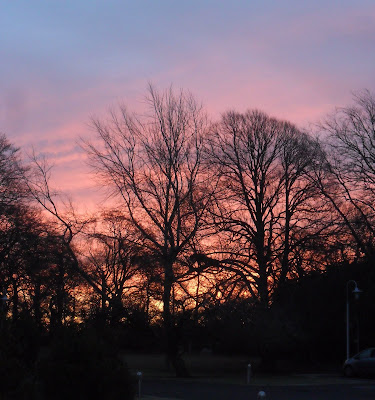 Sunrise at Lissenhall in Swords this morning (Photograph: Patrick Comerford, 2011) 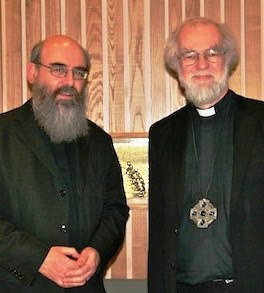 I’ve been away for over a week. Not too far away, but away from home, away from lectures, away my blog and away from social media, with hardly any time for writing.

I have spent the last eight days in the Emmaus Retreat and Conference Centre, at Lissenhall, on the northern edge of Swords in north Co Dublin, with the Anglican Primates from around the world who were meeting there, acting as their chaplain and organising the daily cycle and rhythm of worship, including the daily Eucharist, offices and late evening prayers.

Other sites and blogs have full reports of the meeting. For me, it was a real privilege to be there for the past week, so that in many ways it was my retreat too. Some of us working at the conference went to Skerries on Friday evening for a meal in Tarragon, although most passed the opportunity for a late-night walk on the beach airwards. 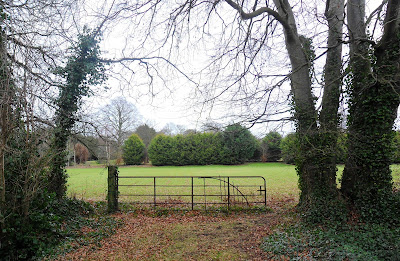 The Emmaus Centre is on the northern edges of Swords in tranquil countryside (Photograph: Patrick Comerford, 2011)

I spent the rest of my time at the Emmaus Retreat and Conference, which is a deeply spiritual and caring place to stay at. Although the centre is close to Swords and the airport, there is a sense of tranquillity at Emmaus, enhanced by the rural setting and the quiet spaces created in the grounds. This morning, after Morning Prayer in the chapel, a spectacular sunrise lit up the old trees in front of the retreat centre. By then, many of the archbishops were packing and preparing to leave.

Swords, which has been the county town of Fingal since 1994, is the third largest town in the Republic of Ireland and the eighth largest town on the island, with a population of 33,998 at the 2006 census. In the past, Swords was an important site in the Early Irish Church

Swords takes its name from the Irish, Sord Cholm Cille, meaning the “well of Colmcille.” The town traces its origins back to 560, when Saint Columba or Saint Colmcille (521-567). Founded a monastery here and blessed a local well, giving it the name Sord, meaning “clear,” “pure” or “the water source.”

Although the site of the well is on Church Road off the Main Street, there is no mention of the monastery in Irish records before the ninth century. There are references to Bishops of Swords in the tenth, eleventh and twelfth centuries, although this was never a diocese in the conventional sense.

The town was burned by invaders at least 10 times during the ninth and tenth centuries. After the Battle of Clontarf in 1014, the bodies of King Brian Boru and his son Murchadh rested overnight in Swords Abbey on their way to Armagh for burial. The monastery was burned six times over a century and a half, between 1020 and 1166, and the fire of 1130 destroyed the churches and the relics.

Before the arrival of the Anglo-Normans, the monastery of Swords and its possessions were transferred to the Archbishops of Dublin, and Swords later became one of the principal manors of the Archbishops of Dublin. From around 1185-1191, Swords has given its name to a prebendal stall in Saint Patrick’s Cathedral, Dublin, and the Prebendaries of Swords were Rectors of Swords until the Disestablishment of the Church of Ireland.

Swords Castle was first built around 1200 after the appointment of the first Anglo-Norman Archbishop of Dublin, John Comyn, in 1181. The castle, close to Saint Columba’s Well, was built in piecemeal fashion over a period of 400 years, and, with a perimeter of 305 meters, it is far larger than most Irish castles.

The castle is the only fortified former residence of the mediaeval Archbishops of Dublin to survive in a reasonable condition. Parliament met at times in the great hall of Swords Castle, but the castle had ceased to be a residence of the archbishops in the 15th century, and the Barnewalls, one of the local powerful families, became Hereditary Constables of Swords Castle. In 1583, Sir Henry Sydney, the Lord Deputy, settled Dutch refugees in the castle, and they repaired and extended the building.

By 1641, Swords Castle was a chosen rendezvous for the Anglo-Irish families of the Pale, and Cromwell’s army travelled through Swords on its way back to Drogheda. Later, Dean Jonathan Swift regularly visited the Molesworth family at nearby Brackenstown, and addressed Drapier’s Letters to Robert Molesworth, 1st Viscount Molesworth. Swords also has a place in Sean O’Casey’s play, The Shadow of a Gunman.

Swords Castle was in a state of neglect and was crumbling until 1985, when it was bought from the Cobbe family of Newbridge House, Donabate, by Dublin County Council, with a plan to incorporate the castle and its demesne into the Ward River Valley Regional Park. 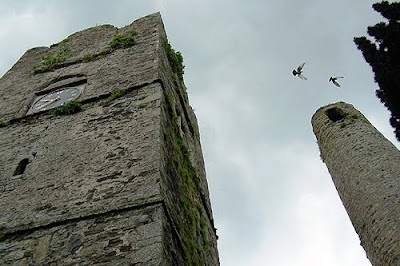 The site of Saint Columba’s monastic settlement survives high above the town to this day in the grounds of the Church of Ireland parish church, Saint Columba’s Church. The ninth century round tower has a pre-Romanesque doorway. The 14th century mediaeval square Norman tower is the surviving steeple of the mediaeval prebendal church.

In the Middle Ages, the prebendaries and rectors of Swords included Nicholas de Lodelowe, who died in 1334 after he had been appointed bishop of Salisbury but before he was consecrated; and William de Wykeham, who was Lord Privy Seal of England at the same time and became Bishop of Winchester (1367-1404) and Lord Chancellor of England. Robert Daly, who was Vicar of Swords in 1564, was also Bishop of Kildare – an appointment he secured partly because he could preach in Irish “and for his good name and manner of living.”

Samuel Pullen, who was Prebendary and Rector of Swords throughout the Cromwellian era, as well as Chancellor of Cashel, Dean of Clonfert and a prebendary in Kilkenny Cathedral, was rewarded for his loyalty at the Restoration of the monarchy when the Duke of Ormonde ensured his appointment as Archbishop of Tuam in 1661.

The present church was built between 1811-1825 at a cost of £2,200, with the architect William Farrell following designs suggested by Michael Frederick Trench of Heywood, near Ballinakill, Co Laois.

John Sweetman, a leading United Irishman and friend of Wolfe Tone, is buried in the shadow of the two towers. Other graves in the churchyard include a granite monument to the memory of Andrew J Kettle, known as “Parnell’s right-hand man.” The Revd Francis Howard, who was Vicar of Swords from 1826, was a son of the Earl of Wicklow and son-in-law of Bishop George Beresford of Kilmore. When he died in 1857, he too was buried in Swords churchyard.

Canon Robert Deane has been Rector of Swords since 2000, while Canon Gregory Dunstan of Saint Matthew’s, Belfast, has been the Prebendary of Swords in Saint Patrick’s Cathedral since 2007.
Posted by Patrick Comerford at 14:35 No comments: