A surprising introduction to
the music of Chainides in Crete 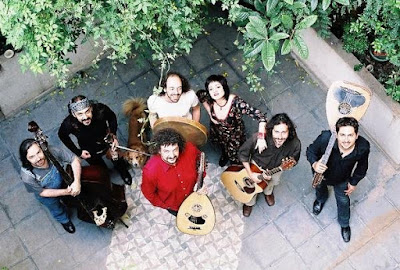 Chainides (Χαΐνηδες), a Cretan folk music group whose music is inspired by the rich legacy of traditional Cretan music

Barber shops can be the most boring places to sit and wait. The reading is usually confined to the red-top tabloids, television magazines and the sports supplements, and the background sounds are usually either cheap pop or shallow talk radio shows.

However, when I went for a haircut last Friday in the ‘Hair Stories’ shop, next door to Julia Apartments and the Taverna Garden in Platanes, I was delightfully surprised.

The books left behind by previous customers included original Greek novels by writers such as Nikos Kazantzakis, two or three Greek versions of Victoria Hislop’s The Island (Το Νησι), and Greek translations of Mikhail Bulgakov and Paulo Coelho.

The business cards on display included ones for the icon writer Alexandra Kaouki-Melidoni, who has a studio near the Fortezza in Rethymnon. Anyone who appreciates the work of one of the great iconographers in Greece had to have good taste in other areas of the cultural life of Crete.

In the background, I thought I heard the music of Ross Daly, although the tracks were not familiar. As I waited, I asked what I was listening to and to have the sound turned up so I could listen with greater pleasure.

I was introduced to the music of Chainides (Χαΐνηδες), a folk music group based in Crete whose music is inspired by the rich legacy of traditional Cretan music and whose lyrics often draw on words in the Cretan dialect of Greek.

The name Chainides comes from the word χαΐνης (chainis), meaning a fugitive rebel. The group was formed in March 1990 by five friends – Dimitris Apostolakis, Dimitris Zacharioudakis, Giorgos Laodikis, Miltos Pashalidis and Kallia Spyridaki. At the time, most of them were students at the University of Crete, and their first live performance was in the university canteen.

Chainides released their debut album in 1991

Their first recording came a year later with their debut album Χαΐνηδες (Chainides) in 1991. They were soon joined by two more members and they released three more albums before breaking up for a short time in 1997.

A year later, Dimitris Apostolakis and Dimitris Zaharioudakis brought the group back together and they were joined by four new members – Maria Koti, Alexis Nonis, Periklis Tsoukalas and Antonis Skamnakis. Other members have included Mihalis Nikopoulos and Dimitris Mprentas.

Over the years, Chainides have collaborated in studios and on stage with Ross Daly and several other well-known musicians and singers. They have performed throughout Greece and abroad, including Luxembourg, Cyprus and America, and they have recorded seven studio albums.

In their live performances, Chainides blend their own compositions and songs with new arrangements of themes and songs from traditions such as those of Turkey, Afghanistan and Bulgaria.

Chainides show that Crete’s musical tradition is alive and not a thing of a bygone age. Their success has paved the way for other young artists to embrace and enrich this tradition. Their instruments include the Cretan lyre acoustic guitar, traditional Cretan percussion instruments, mandolin, bouzouki, flute, double bass and electric bass.

Some of their music is discussed here: Love Song for Greece.

For more, see: this site.

For more on Cretan music visit the site Etsi Ketsi, Music from Crete 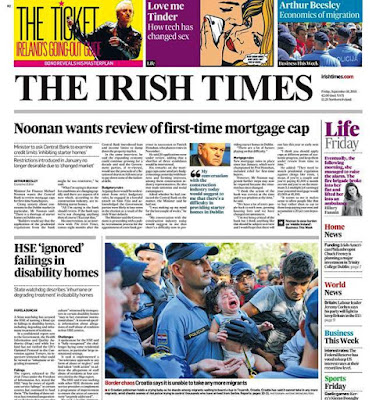