The baptismal font
returns with stories
to Newcastle West

The site of the former Saint Thomas Church, built in 1777, is marked out by low-level wall between the castle and the square (Photograph: Patrick Comerford)

The return of Saint Thomas’s Baptismal Font to Newcastlewest

This font was presented to Saint Thomas’s Church by the Earl of Devon, and was used in the church for baptisms up to 60 years ago.

Saint Thomas’s Church stood for almost 200 years in front of the castle, on the south side of the square, and its location is marked with the small, low-level wall.

The church was united with the Rathkeale Group of Parishes in 1953, was deconsecrated in 1958, and was demolished in 1962.

Newcastlewest remains part of my group of parishes, but I have to be honest and say I am sorry that the Church closed too many churches in West Limerick in the 1950s and 1960s. I regret, while the Church of Ireland is still present here, we do not have the visible presence that comes with actually having a church building in such a strategic location in the centre of the town.

The Courtenay family were mainly responsible not only for providing this font but also for moving the church from its original site at Churchtown to this location in the 18th century.

So, the Earls of Devon had a good reason to be benevolent in their endowments of Saint Thomas’s Church, typified in donating this font.

But I think, too, of the ordinary, everyday parishioners who were baptised in this font.

The vast majority of children baptised in this font were part of the ordinary, every-day life of this parish.

They include members of the Curling family, related to Lord Edward Fitzgerald and with exotic stories about the Greek War of Independence in the 19th century.

They include the aviator, Sophie Pierce (1896-1939), who was born in Newcastle West in 1896, and who as Lady Mary Heath flew solo from South Africa to London.

She died tragically in London at the age of 43, when she fell down the steps of a London tram in a drunken stupor. But Sophie Pierce had the last laugh. At her own request, her ashes were scattered from a plane over Newcastle West – just when her neighbour, a man she never got on with, was taking his midday walk.

All these people – the children of farmers, shopkeepers and artisans – shared in the common baptism that unites all who have been baptised, for there is only ‘one Lord, one Faith, one Baptism.’

(Revd Canon Professor) Patrick Comerford is priest-in-charge, the Rathkeale Group of Parishes. He was speaking at the invitation of the Commissioners of Public Works in Ireland at the return of the Saint Thomas’s Baptismal Font to Newcastle West in the Desmond Castle, Newcastle West, Co. Limerick. 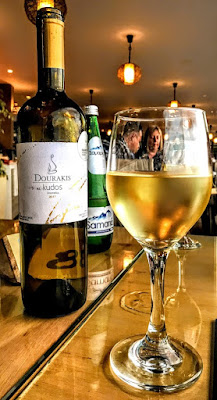 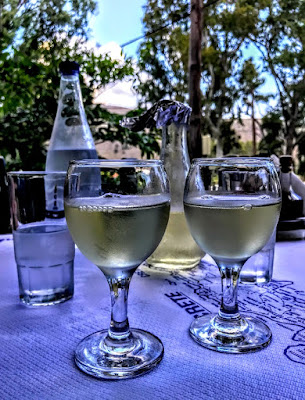