With the Saints in Lent (36): Saint Cuthbert of Lindisfarne, 20 March 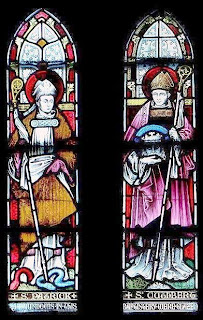 The news today [20 March 2013] is likely to be dominated by reports of the inauguration of Pope Francis I in Rome. Today, the calendars of the Western Church also commemorate Saint Cuthbert (ca625/640-687), the Sixth Bishop of Lindisfarne. Archbishop Justin Welby, who is being enthroned as Archbishop of Canterbury tomorrow [21 March 2013], was, as Bishop of Durham, the episcopal successor of Saint Cuthbert.

At the age of eight, a prophetic remark from a playmate turned his mind to sober and godly thoughts, and his upbringing as a shepherd gave him ample time for prayer. One night, he saw in the sky a dazzling light and a band of angels carrying a soul to heaven, and resolved to dedicate his life to God.

Later, he learned that Saint Aidan of Lindisfarne had died that night (31 August 651), and he resolved to enter the monastic life.

Some time later, Saint Cuthbert came to Melrose Abbey, which had been founded by monks from Lindisfarne. He became the guest master at the new monastery in Ripon soon after 655, but returned with Eata to Melrose when Wilfrid was made Abbot of Ripon.

He remained a monk at Melrose Abbey until 664, when the Abbot of Melrose, Eata, became Abbot and Bishop of Lindisfarne in 664. Saint Cuthbert accompanied him and he was the Prior of Lindisfarne until 676. As Prior of Lindisfarne, his asceticism was complemented by his charm and generosity to the poor, and his reputation for gifts of healing and insight led many people to seek him out.

Although he had been educated in the Irish monastic customs, Saint Cuthbert accepted the decisions of the Synod of Whitby in 663, when the English Church accepted the Roman customs introduced by Saint Augustine of Canterbury.

He was consecrated Bishop of Lindisfarne at York by Archbishop Theodore of Canterbury and six bishops on 26 March 685. He remained an indefatigable traveller and preacher, walking throughout his diocese, and spending time as a hermit on Farne Island in between.

After only a year however, he felt his end coming and he resigned as bishop in 686. He died on Farne in the company of a few of his monks on 20 March 687. He was buried there the same day.

After Saint Cuthbert’s death, numerous miracles were attributed to his intercession and to intercessory prayer near his remains. King Alfred the Great was inspired in his struggle against the Vikings by a vision he had of Saint Cuthbert.

In 698, Saint Cuthbert was reburied at Lindisfarne but his coffin was moved to Durham in 995 when the “Community of Cuthbert” moved there.

He was one of the most important mediaeval saints of England until the murder of Saint Thomas Becket in 1170. His shrine in Durham Cathedral was a major pilgrimage site throughout the Middle Ages, until the Dissolution of the Monasteries during the reign of Henry VIII. 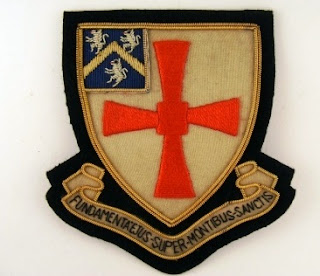 Almighty God,
who called your servant Cuthbert from following the flock
to follow your Son and to be a shepherd of your people:
in your mercy, grant that we, following his example,
may bring those who are lost home to your fold;
through Jesus Christ your Son our Lord,
who is alive and reigns with you,
in the unity of the Holy Spirit,
one God, now and for ever.

Holy Father,
who gathered us here around the table of your Son
to share this meal with the whole household of God:
in that new world where you reveal
the fullness of your peace,
gather people of every race and language
to share with your servant Cuthbert and all your saints
in the eternal banquet of Jesus Christ our Lord.