Strolling through the streets of Armagh 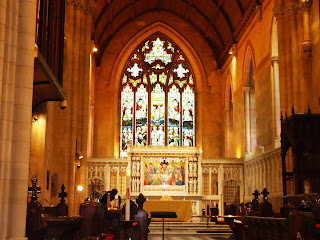 Each day while I am staying in Armagh for the General Synod of the Church of Ireland, I have pleasant strolls through the streets of Armagh between the Charlemont Arms Hotel in English Street and the Armagh City Hotel on Friary Road on the other side of this compact cathedral and market town. 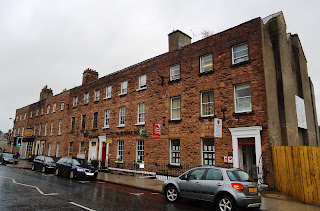 Next door to the Charlemont Arms Hotel is a terrace of Georgian houses known locally as the “Seven Houses,” although the first of these houses was demolished in recent years so that only six are left standing.

The first and now missing house was built in 1770 by Dean Averell for the eldest of his seven sisters, and the other six houses – the ones still standing – followed in quick succession as home for the other six sisters. One of the houses is now the De Averell House, a licensed guest house and restaurant where some other synod members are staying. 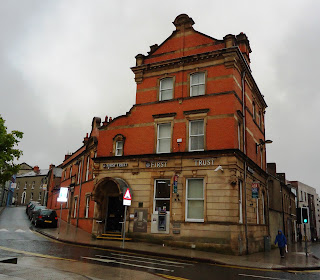 Across the street, on the corner with Abbey Street, the First Trust Bank has an extravagant doorcase, designed by Watt and Tulloch, that displays strong art noveau influences. 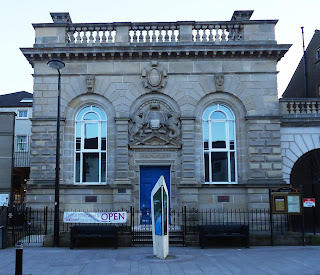 A little further down English Street, the Saint Patrick’s Trian Visitor Complex, which tells the stories of Saint Patrick, Armagh, the Book of Armagh and the Land of Lilliput, incorporates the former Belfast Bank building. This building was designed by the well-known Belfast architect, Charles Lanyon, and the facade retains many of his rich decorative designs. 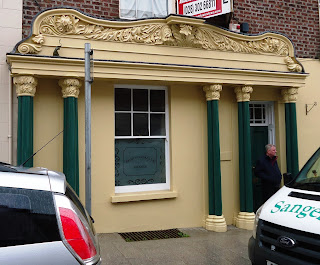 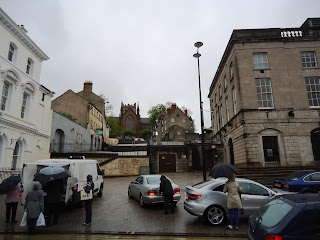 But instead of going down to Mall these past two days, I have continued along English Street, to the junction with Market Street, where there is a pleasant view through Market Square back up to Saint Patrick’s Cathedral. The Celtic Cross in Market Square is a modern decoration, but the fragments of an 11th century Celtic Cross can be seen in the cathedral grounds. 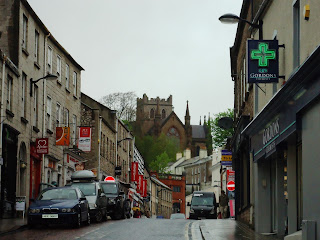 There is another picturesque view of the cathedral from Scotch Street. 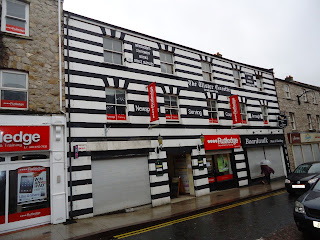 The striking design on the front of the former Ulster Gazette office in Scotch Street might have been inspired by Bertie Bassett (Photograph: Patrick Comerford, 2013)

A curious building on Scotch Street is the former offices of the Ulster Gazette, painted in thick black and white stripes that might have been inspired by Bertie Bassett and his liquorice all sorts. 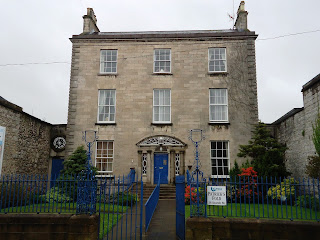 Further down Scotch Street, I was intrigued by the name of an elegant Georgian-style town house, now known as Patrick’s Fold. It was originally known as Dobbin’s House in the early 19th century, and was designed by the architect Francis Johnston for Leonard Dobbin, MP for Armagh, mill-owner and banker.

Around the corner is Dobbin Street, also named after Leonard Dobbin. But by now I have arrived at Armagh City Hotel.

If the rain holds off tomorrow, I may get a chance to walk along the Mall.