Enjoying the autumn colours
of the mid-August harvest 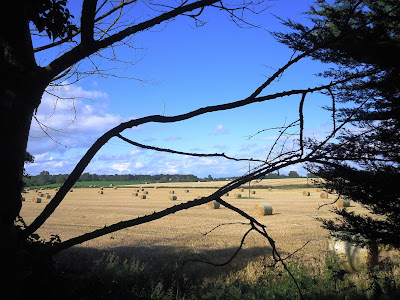 The farmers are working hard throughout the midlands and the south-east in these days of warm sunshine, and the fields were a warm gold and green under the blues skies as we drove down to and back from Kilkenny yesterday Sunday 18 August 2013].

It was appropriate, then, to hear the Dean of Ossory, the Very Revd Katharine Poulton, pray during the intercessions at the Cathedral Eucharist in Saint Canice’s Cathedral in the morning for those who are working in the fields at harvest time.

The Kilkenny Arts Festival was coming to an end and the stage for festival concerts was still in place this morning, so the congregation was invited to move into the chancel area for the Cathedral Eucharist. 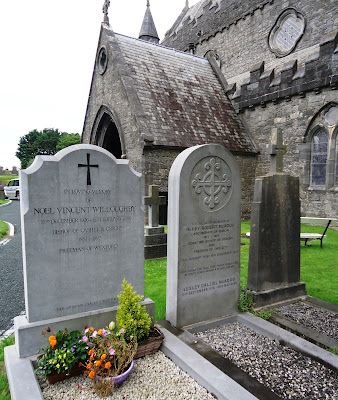 Later, four of us went to lunch in Café Sol in William Street.

As we strolled back through the city’s streets, I was reminded that earlier this month The Irish Times reported that Kilkenny has been voted the friendliest city in Europe by readers of the travel magazine Conde Nast.

Kilkenny is one of Ireland’s top tourist destinations, and in the poll it has been voted the ninth most welcoming place in the world. Kilkenny is the only European city to make the Top 10, with readers praising the city’s clean air and many pubs.

When we arrived back at the cathedral, the flag of the Anglican Communion was flying from the buttressed tower. We had parked in the cathedral graveyard, and almost ended up being blocked in as the stage and settings were being moved out through the north transept.

But we were rescued swiftly – confirming Kilkenny’s friendly status – and we were in Freshford within half an hour and in plenty of time for the afternoon’s Heritage Week lecture in Saint Lachtain’s Church. 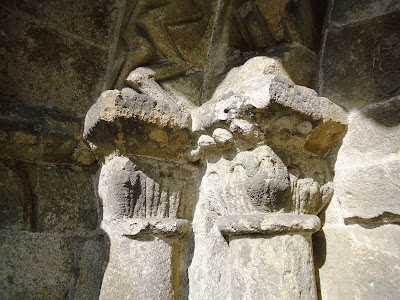 Over 50 people turned up for the lecture on the history and archaeology of the church, including one couple who had driven from Waterford and another couple from north Kerry who had driven all the way because they had read about the afternoon’s programme in the ‘Church of Ireland notes in The Irish Times on Saturday.

Afterwards, there was a friendly cup of tea from the parishioners and opportunity for questions and answers in the annexe.

We drove back though Johnstown, and stopped briefly beside Castle Durrow in Durrow, Co Laois, to appreciate the early autumn harvest fields before continuing on through Abbeyleix to Dublin.

My engagement with Heritage Week continues on Friday evening, with a lecture in Saint Doulagh’s Church, Balgriffin, Co Dublin, at 8 p.m. on ‘Celtic Spirituality; Our Heritage.’