A forgotten synagogue on
Princelet Street, London,
and the missing caretaker 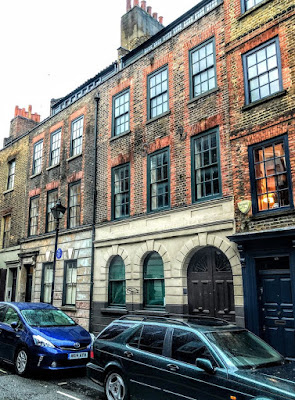 Princelet Street in the East End of London was first known as Prince’s Street. Originally it was just 100 metres (300) ft long, running from Wilkes Street at the west to Brick Lane at the east. It is parallel to the east end of Hanbury Street to the north, and Fournier Street to the south.

Today, Princelet Street stretches for another 170 metres (500 ft) east of Brick Lane, along what was originally known as Booth Street. The synagogue building is at No 19 on the north side of Princelet Street, half-way between Wilkes Street and Brick Lane.

The story of Princelet Street and Spitalfields in general is one of immigration. From Huguenots to Irish and Jews to Bengalis, a wide variety of people have made the street their home and left traces or relics of their lives here.

The Huguenots were French Calvinists who fled persecution in France after the revocation of the Edict of Nantes. Many were weavers, and the rooflines of some of these houses still have attic rooms with wide windows first designed to flood the interiors with light. These Huguenot refugees and weavers set up their weaving looms in houses in the Spitalfields area. 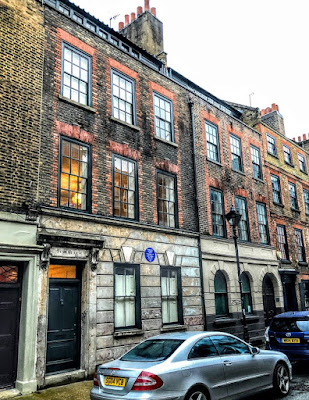 Huguenot weavers and their families built the houses on Princelet Street in the first decades of the 18th century (Photograph: Patrick Comerford, 2020)

No 19 Princelet Street was built in 1718 and is believed to be the oldest house on the street. By 1719, this was the home of Peter Abraham Ogier, a Huguenot silk merchant. The bobbin on the wall depicts that it was once the premises of a Huguenot weaver.

In time, other poor weaver families followed the Ogier family. Gradually they assimilated with the local population and by the end of the 19th century the Huguenots had virtually disappeared as a distinct cultural minority.

Later, 19 Princelet Street was home to Irish and Polish immigrants. Then, in the second half of the 19th century, the former Huguenot houses on Princelet Street became the homes of large Jewish families, with each family living in one or two rooms each.

The family home at No 19 changed dramatically in 1869, when a group of Polish Jews formed the Loyal United Friends’ Friendly Society and leased the house with hard-earned financial contributions from the local community and built their own small synagogue in the back garden of the house.

Prince’s Street Synagogue opened in 1870. It was long and narrow, with a women’s gallery on the first floor, and delicately-coloured tinted glass in the skylight. This shul was typical of the many small Orthodox synagogues in the East End that depended on donations from wealthy patrons. They held cheap or free marriage ceremonies for poor couples who could not afford the fees charged by the United Synagogue.

At the end of the 19th century another group of refugees fleeing persecution arrived in these streets. Many were fleeing pogroms in the Russian empire following the assassination of Tsar Alexander II in 1881.

This was one of the congregations that attended the meeting of 16 October 1887 to form the Federation of Synagogues, and it became one of the original federated synagogues on 6 November 1887.

The roof was so dilapidated by 1891 that Lewis Solomon (1848-1928), architect to the Federation of Synagogues and a former apprentice and later clerk of works in the office of http://www.patrickcomerford.com/2018/04/the-wyatt-family-of-weeford-lichfield.html (1820-1877), declared the building unsafe.

But the building was soon refurbished and redecorated, and the synagogue was re-opened in 1893 by Sir Samuel Montagu. Later, Lewis Solomon also redesigned the Congregation of Jacob Synagogue on Commercial Road.

The street was known as Prince’s Street until 1916, and with the change of name the synagogue became Princelet Street Synagogue. 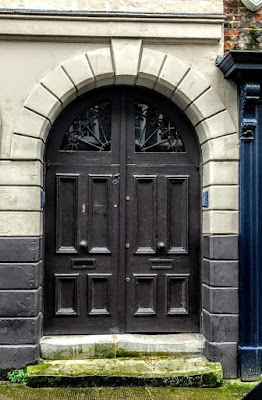 Princelet Street Synagogue was at the heart of resistance to Moseley’s march through Cable Street (Photograph: Patrick Comerford, 2020)

A basement was created downstairs, below the synagogue. This community space hosted antifascist meetings in the 1930s, including meetings to plan the ‘Battle of Cable Street’ and resistance to the march Oswald Moseley’s blackshirts in 1936.

Princelet Street synagogue finally closed its doors in the 1963, when the congregation merged with Bethnal Green Synagogue.

For two decades, the synagogue was forgotten, and David Rodinsky, a reclusive Jewish scholar, continued to live in lodgings in the attic or top floor of the premises as a much-forgotten caretaker. He seems to have disappeared from memory along with the forgotten and neglected synagogue.

When the Spitalfields Housing Trust bought No 19 in 1983, along with neighbouring No 17, the new owners were astonished when they turned the key and found the forgotten synagogue much decayed but intact.

The caretaker was missing, but his room in the attic was filled with books, papers, gramophone records and atlases, the table was set for dinner, there was a half-finished cup of tea, a pot of porridge was on the stove, and there was an unmade bed.

The evidence showed that the missing caretaker knew at least 15 languages, many of them dead, and had a strong interest in the Kabbalah. There was an A-Z marked with obscure journeys into the London suburbs, and scraps of paper and sweet wrappers were covered with indecipherable scribblings in many languages.

But where was David Rodinsky?

The mystery of David Rodinsky and where he had disappeared to quickly became folklore in Spitalfields and the East End. In their book, Rodinsky’s Room, Rachel Lichtenstein and Iain Sinclair,tell the story of their search for David Rodinsky.

Perhaps, as Ian Sinclair points out, there are shades of the Golem myth here. But Rodinsky had died in March 1969, at the age of 44, in the Long Grove Asylum in Surrey and was buried in a pauper’s grave in Waltham Abbey.

When Rachel Lichtenstein found his grave, she said Kaddish for David Rodinsky. 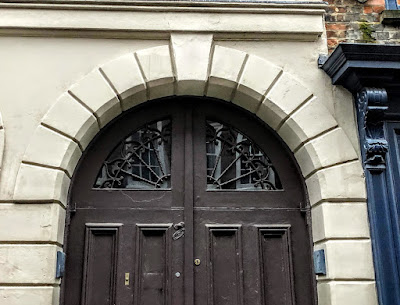 No 19 Princelet Street is now home to the Museum of Immigration and Diversity (Photograph: Patrick Comerford, 2020)

No 19 Princelet Street is now the home of the Museum of Immigration and Diversity. This is Europe’s first museum of immigration and it is a unique cultural institution.

The synagogue still covers the back garden, but due to its fragile condition it is rarely open to visitors, although group visits may be booked in advance. It is looked after by the Spitalfields Centre charity and is a Grade II* listed building on English Heritage’s ‘Buildings at Risk’ register.

The house next door at 17 Princelet Street is the birthplace of Miriam Moses (1886-1965), who became the first woman mayor of Stepney in 1931 and the first Jewish woman mayor in Britain. A blue plaque says:

Miriam Moses was a Labour politician and a heroine among local people in the East End. She founded the Brady Girls’ Club that aided the children of impoverished East End Jews. The club gave food, clothing, recreation and education to those in need and was funded by wealthy ‘West End’ Jews.

Miriam Moses was also involved with the Jewish section of the Children’s Country Holiday Fund, a charity providing holidays to children who would otherwise never have seen an open field. She famously never left the East End during the Blitz in World War II.

Meanwhile, Princelet Street and its environs have become increasingly gentrified. Most of the Huguenot houses have been restored and some of them are the homes of artists and writers. 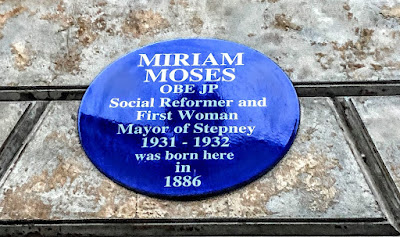 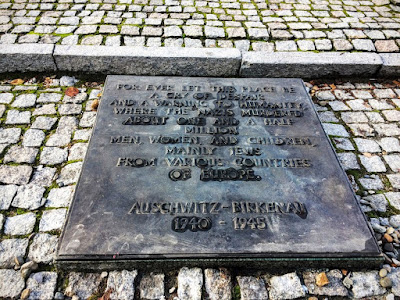 Plaques in over 20 languages recall the mass murder of 1.5 million people at Auschwitz-Birkenau (Photograph: Patrick Comerford)

Purim, which began last evening and continues today [10 March 2020], is a Jewish holiday that commemorates the saving of the Jewish people from Haman, an official in the Persian Empire, who was planning to kill all the Jews, as told in the Book of Esther (מגילת אסתר Megillat Ester).

This is the only book in the Bible that does not mention God. But this book is a story that tells of the triumph of good over evil, and how the clever thinking of one woman saves a whole nation from mass murder and genocide.

Pray for the work that the Anglican Church in Malawi and USPG are doing together to ensure that girls in Malawi are able to have an education. 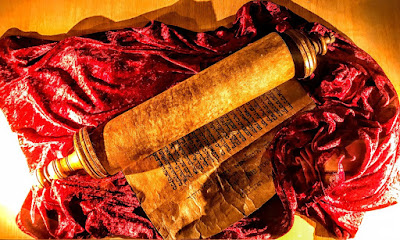