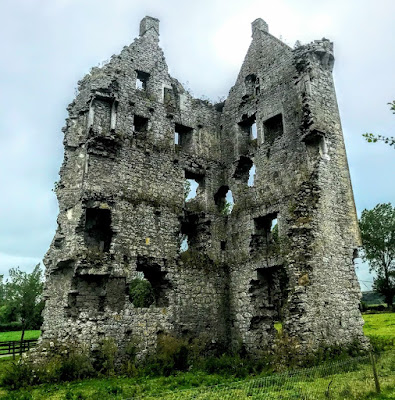 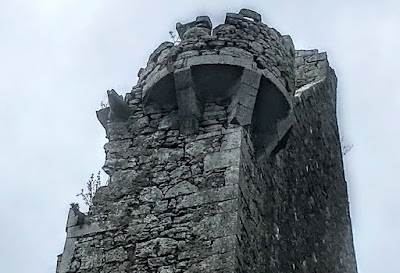 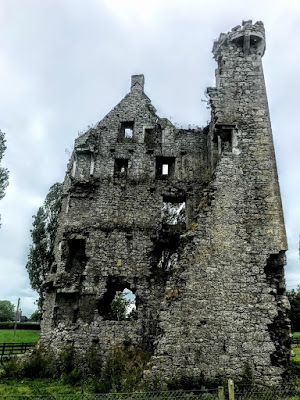 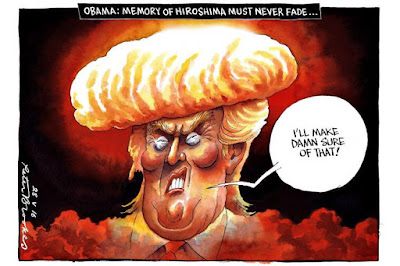 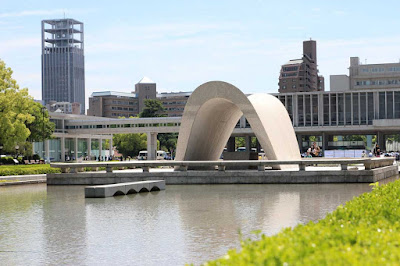 Saint Brigid’s Church,
Dromkeen, and the
all-seeing eye of God 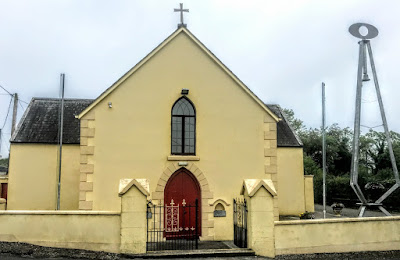 During my travels around the country lanes and crossroads of East Co Limerick on the August bank holiday weekend, the second church I visited was Saint Brigid’s Church, Dromkeen.

Two of us arrived by accident rather than plan at this church at a T-junction or crossroads after visiting the Church of Saint John the Baptist, or Nicker Church, which is built into the side of the Hill of Nicker, above the village of Pallasgreen, off the main road between Limerick and Tipperary. 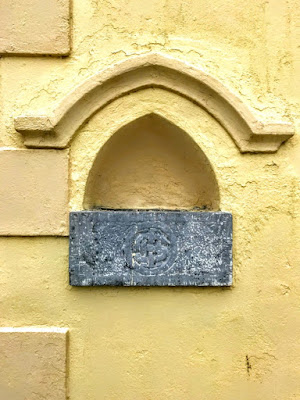 Because of the location of the site at a difficult junction, it is built on a west/east axis, instead of the traditional, liturgical east/west axis. 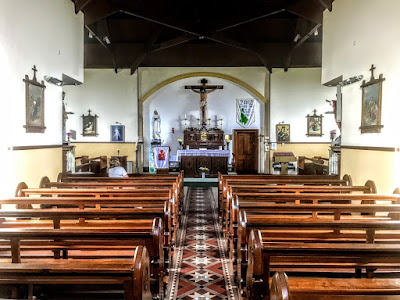 Inside, the church still has many of its original features, including the fine timber roof structure. Unusually, the church does not have a rear gallery, which indicates its early date.

The church is built on a T-plan, with a gable-fronted, single-bay nave, entrance porches at the transepts and a sacristy extension at the west end.

The side porches have square-headed openings with timber battened doors. The church has a timber king-post truss roof, timber altar table and timber furniture. 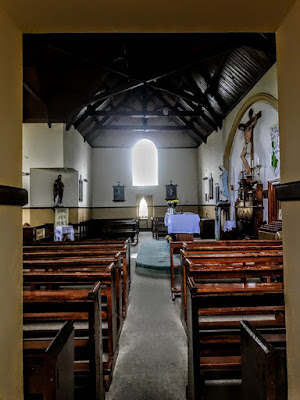 In the small surrounding churchyard, a wrought-iron monument celebrating the jubilee year in 2000 bears the original church bell. The design by J Moloney ‘depicts the all-seeing eye of God and all people in the embrace of the Trinity.’

The Parish Priest of Dromkeen is Father Joseph Tynan and Sunday Masses are at 10 a.m.

Across the road from the church, the former Presbytery is a detached, three-bay two-storey presbytery, built ca 1940 and is typical of presbyteries in Limerick and middle-size houses. The flat-roofed porch at the front interesting round-headed windows. 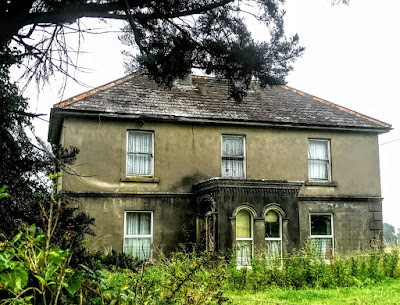