The 13 centuries of Jewish
history and culture in Belarus

Paintings by Marc Chagall in the lobby in the Hotel Kazimierz II in the Old Jewish Quarter in Kraków … Marc Chagall was born in Belarus in 1887 (Photograph: Patrick Comerford)

I was writing earlier this morning about the Belarusian Orthodox Church and the role of religious communities in the present political crisis and upheaval in Belarus. But I ought to have discussed how Belarus has been an important centre of Jewish learning in eastern Europe for centuries.

The Jewish community in Belarus today is the third largest in the former Soviet Union – following Russia and Ukraine. According to estimates by demographers at the Hebrew University, Belarus is home to between 10,400 and 25,000 Jews. On the other hand, official statistics estimate the total population of Jewish households at 45,000, although 14,000 Jews were registered at the start of the century.

Although Jews are free to practice their Jewish religious and cultural life, an increasing number of anti-Semitic incidents has become a cause of concern for the Jews in Belarus.

There are synagogues in most towns with larger Jewish populations, and they generally provide Sunday schools for children. There are several rabbis, both local and foreign-born.

There are Jewish schools in Gomel and Minsk, and others throughout Belarus. Minsk has a Jewish People’s University that functions as an evening school and is affiliated with the Belarus State University. In 1994, a Centre for Jewish National Culture was opened in Minsk in 1994, as was a Centre for the History of the Jews of Belarus in Vitebsk.

There is a lively Jewish press, including two Jewish newspapers in Minsk and a Jewish magazine, Mishpoha.

There are numerous sites of Jewish interest, including ruins of synagogues, yeshivas and burial grounds in many towns. Many Jewish buildings are intact, although some have been put to other uses.

The Union of Belarusian Jewish Organisations and Communities – the Belarusian affiliate of the World Jewish Congress – is the major umbrella organisation of Jews in Belarus. For the most part, Jewish life is decentralised, and many local organisations are fully independently.

The history of the Jews of Belarus is closely linked to the history of Jews in Lithuania. As early as the eighth century, Jews lived in parts of the lands of modern Belarus.

An early rabbinic authority, Solomon Luria, arrived in Ostrog in the late 16th century. He was regarded as one of the greatest Talmudic authorities in Poland and Lithuania. Others included Abraham Rapoport (known also as Abraham Schrenzel), Maharam Lublin, Joel Sirkes, Meïr Katz and Mordecai Jaffe. Their decisions are frequently marked by their breadth of view.

The Cossack rebellion in 1648-1657 destroyed the organisation of the Jewish communities in Belarus, and the survivors who returned to their old homes later in the 17th century were practically destitute.

By the end of the 19th century, many Belarusian Jews were part of the general flight of Jews from Eastern Europe to the New World due to conflicts and pogroms in the Russian Empire.

The Jewish population of Belarus reached 910,900, or 14.2% of the total population, in 1897. Jews were the third largest ethnic group in the country in the first half of the 20th century.

Jewish political organisations, including the General Jewish Labour Bund, took part in the creation of the Belarusian People’s Republic in 1918. For some time in the 1920s, Yiddish was an official language in East Belarus along with Belarusian, Polish and Russian.

Up to World War II, Jews remained the third largest ethnic groups in Belarus and were more than 40% of the population in cities and towns. It was said the population of cities such as Minsk, Pinsk, Mahiliou, Babrujsk, Viciebsk, and Homiel was more than 50% Jewish. In 1926 and 1939 there were between 375,000 and 407,000 Jews in Belarus (Eastern Belorussia) or 6.7 to 8.2% of the total population.

Following the Soviet annexation of East Poland in 1939, including Western Belorussia, Belarus had 1,175,000 Jews within its borders, including 275,000 Jews from Poland, Ukraine and elsewhere.

The collapse of the Soviet Union and Belarusian independence saw most of the community – like the majority of the former Soviet Union’s Jewish population – leave Belarus for Israel.

The Nobel economist Paul Krugman, the fashion designer Ralph Laurent, and the actors Kirk Douglas, Harrison Ford and Lauren Bacall – a cousin of Shimon Peres – were born into Jewish emigrant families from Belarus.

The philosopher and writer Noam Chomsky, who was born to Jewish immigrants in Philadelphia. His father Ze’ev ‘William’ Chomsky fled the Russian Empire in 1913; his mother, Elsie Simonofsky was a teacher and activist born near Minsk.

Paintings by Marc Chagall in the lobby in the Hotel Kazimierz II in Kraków … Marc Chagall was born in Belarus in 1887 (Photograph: Patrick Comerford) 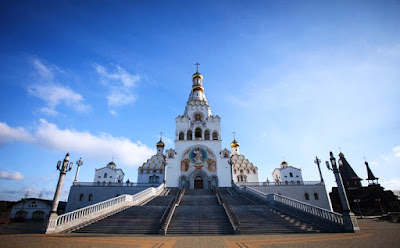 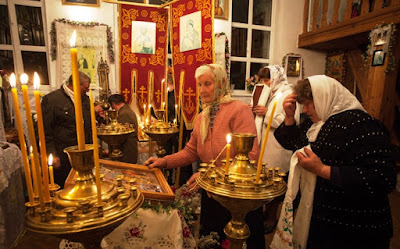 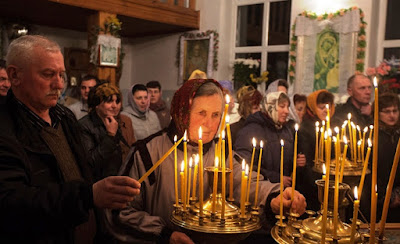