The sun and the Sun are distractions from the World Cup 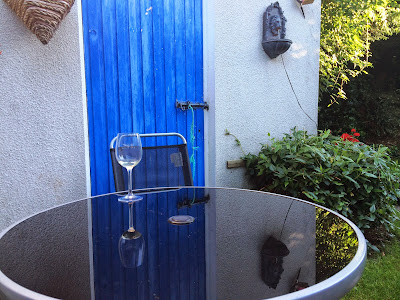 There is a Mediterranean feeling in the garden while the World Cup continues indoors (Photograph: Patrick Comerford, 2014)

The sun is distracting me from the World Cup.

With this beautiful summer weather, I left work late in the afternoon, but decided to sit out in the garden, basking in this summer sunshine rather than sit inside and watch the match between Belgium and Algeria.

Despite a long working day in Cambridge and a late flight on Saturday, I stayed up late on Saturday and allowed myself to be disappointed by England’s defeat 2-1 defeat by Italy. But then, the rest of the tournament has been a combination of surprise and excitement mixed with large dollops of disappointment.

How could the opening match between Brazil and Croatia been refereed like that? Was there some sort of compact that the host country had to win the opening fixture? Spain’s heavy defeat by the Netherlands puts in doubt the ability of the world’s champions to reach the finals? Mexico was less than sparkling against Cameroon. I was saddened to see Greece lose 3-0 first time out against Colombia.

I’ll certainly be watching England against Uruguay and Greece against Japan on Thursday night. But much of the World Cup has been dull and time-wasting so far, including last night’s match between Iran and Nigeria, which was hardly even rose to being lacklustre.

The sun was more attractive in the back garden this evening, despite a sudden attack of hay fever after sitting too close to the vine-like hanging over a neighbour’s wall. 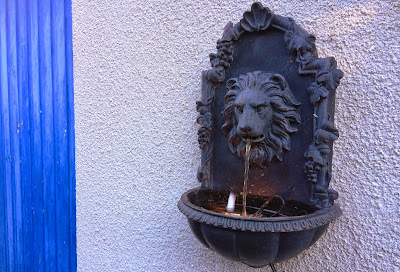 The sound of water from the small lion’s-mouth is soothing, and a much more distracting than wondering whether the Mexican supporters ever indulge in a Mexican wave.

But I’m not the only person to be distracted by the Sun during this World Cup competition.

The British Labour Party leader Ed Miliband has apologised for any offence caused after he posed with a copy of the Sun.

He was pictured with a special edition of the Sun that was sent to millions of homes in England free to mark the start of the World Cup.

The Sun has long been criticised in Liverpool for its reporting of the Hillsborough disaster in 1989. In any instance, while the Murdoch media empire is under scrutiny in the courts and everywhere else, why would Milliband want to give his backing to such crass commercial opportunism?

Mr Miliband said “he is sorry to those who feel offended.”

So the apology is only because people feel offended – not because his decision to endorse the Sun was offensive in itself.

At least Eamon Dunphy has had the grace to give a sincere and unqualified apology on RTÉ this evening for his use of a four-letter word while he thought he was off-air.

On the other hand, David Cameron and Nick Clegg, who also posed with copies of the Sun have indicated so sense of shame at all.

I’ve come in for the second half of the Brazil-Mexico match, less to see if the Mexican wave can overwhelm Brazil, and more to see if Dunphy opens his mouth and puts his foot in it once again.

I hardly imagine I am going to stay up to see Russia and South Korea add to dullness of the night. But I’ll be cheering for England against Uruguay on Thursday evening, and Greece against Japan on Thursday night. 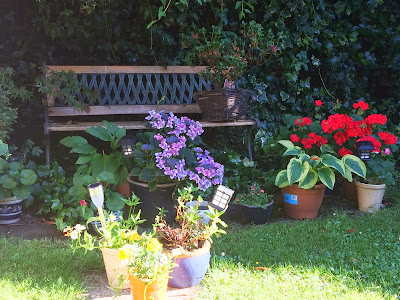 The summer delights of the garden this evening ... despite attacks of hay fever (Photograph: Patrick Comerford, 2014)