‘I do not like thee, Doctor Fell’ … but
you are a child of Lichfield Cathedral 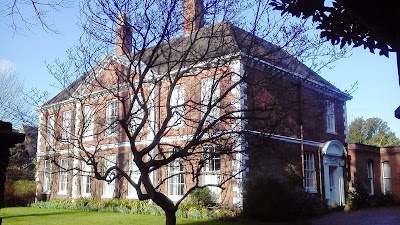 The Deanery in the Cathedral Close in Lichfield … a 17th century dean was the father of Dr John Fell of nursery rhyme fame (Photograph: Patrick Comerford)

Many of us grew up learning this well-known Mother Goose nursery rhyme. As adults, some of us now have reasons to find it less comforting and more frightening – after all, the author Thomas Harris uses the name of Dr Fell as a pseudonym for Hannibal Lecter in the novel Hannibal when this frightening character poses as a library curator in Florence.

On the other hand, Dr Fell has earned a modern literary reputation through references to him by James Joyce in Ulysses, and in 1979 the Irish playwright Bernard Farrell named one his plays ‘I Do Not Like Thee, Doctor Fell.’

But how many of us know that in his childhood Dr Fell lived in the Deanery in the Cathedral Close in Lichfield in the mid-17th century and that his father was once Dean of Lichfield Cathedral?

The Deanery is one of the fine architectural works in the Close. This two-storey Queen Anne-style house was built ca 1707, with substantial alterations in 1807-1808, and further alterations in 1876, 1893 and 1974. But the Deanery stands on a site more ancient than the present building, to the west of the Bishop’s Palace. 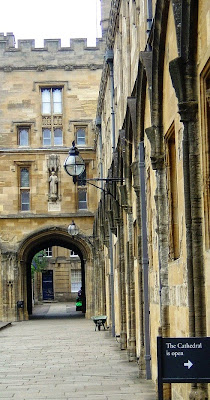 An earlier deanery on this same site became home in 1637 to Dr Samuel Fell (1584-1649), who had been Lady Margaret Professor of Divinity at the University of Oxford. At an early stage in his career, Fell was a Calvinist in his religious views, and he complained to William Laud, Archbishop of Canterbury, about the excessive number of alehouses in Oxford. But he later changed his theological position and became an active ally of Archbishop Laud.

Fell had a varied earlier career that included parishes in the Isle of Wight and time as a chaplain to King James I before beginning on an academic career in Oxford.

Fell moved into the Cathedral Close in Lichfield at the beginning of 1638, be he stayed at the cathedral for only a short time. He returned quickly to Oxford after a few months when he became Dean of Christ Church later in the year.

Back in Oxford, Fell also became Vice-Chancellor of the University of Oxford. On the outbreak of the Civil War, he became a prominent royalist, and was deprived of all his offices by the parliamentarians. He died in Oxford on 1 February 1649, two days after the execution of King Charles I. 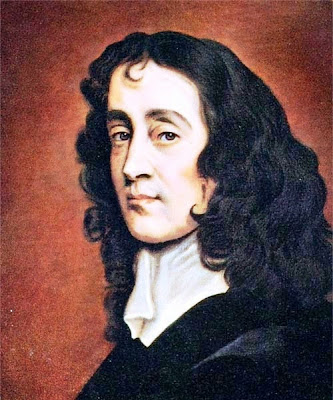 Dean Fell’s son, John Fell (1625-1686), was a prominent Oxford academic, and he too would become Dean of Christ Church, Oxford, and later Bishop of Oxford.

John Fell was a 12-year old when his father became Dean of Lichfield Cathedral. By then, despite his age, he was a student at Christ Church, Oxford, and so he can hardly have lived for very long in Lichfield. He was ordained deacon in 1647 and priest in 1649. During the Civil War, he fought on behalf of King Charles I with a commission in the royalist army.

After the Restoration, John Fell became a canon of Christ Church, Oxford, and a chaplain to King Charles II. Later, he became Vice-Chancellor of the University of Oxford (1666-1669). Then, in 1676, he was consecrated Bishop of Oxford in 1676, although he remained Dean of Christ Church. Some years later, he turned down the opportunity to move to Ireland as Archbishop of Armagh.

Fell rebuilt much of his college, finishing with the great Tom Tower gate, to which the “Great Tom” Bell was moved from the cathedral in 1683 after being recast. At his own expense, he also rebuilt Cuddesdon Palace as the bishop’s residence outside Oxford. The materials were collected by one of his predecessor, William Paul, who had been Dean of Lichfield (1661-1663) before becoming Bishop of Oxford (1663-1665), but who died before he completed the project.

Fell was often regarded as stern and controlling by his colleagues and his contemporaries, and he had a reputation among his students for being a disciplinarian. He pardoned one of his students, Tom Brown (1663-1704), the satirist and author of The Dialogues of the Dead, who was about to be expelled from Oxford, but only on condition that he could translate ex tempore the 32nd epigram of Martial:

To this, Brown immediately replied with the well-known lines:

The damaged deanery was assessed for tax on only two hearths in 1666. Thomas Wood, who became Dean of Lichfield in 1663 and later became Bishop of Lichfield, dismantled what remained of the hall with the intention of rebuilding it. The house had been restored sufficiently by 1687 for a later dean, Lancelot Addison (1632-1703), to host King James II during his visit to Lichfield. 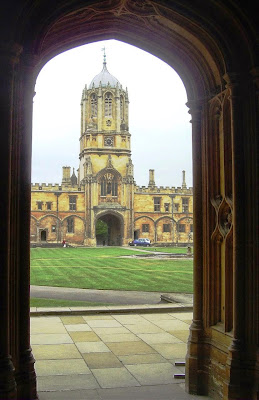 (Revd Canon Professor) Patrick Comerford is Lecturer in Anglicanism, Liturgy and Church History, the Church of Ireland Theological Institute. He has strong family roots in Lichfield, and returns regularly throughout the year.
This essay and these photographs were first published in April 2015 in the Spring Edition of Three Spires and Friends of Lichfield Cathedral, 78th Annual Report, 2015 (editor, David Wallington), pp 42-47.