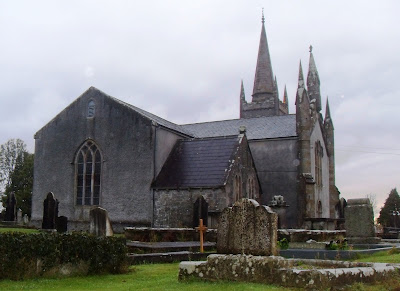 I am in Belturbet, Co Cavan, this evening [22 April 2016] for the institution of my friend and colleague, the Revd Tanya Woods, as the Rector of Annagh. Tanya and I were students together, and then she was back as a student in the Theological Institute again in 2012-2013.

I wonder whether we had ideas when our paths crossed during those years where God’s call would lead us in our lives and in our ministry.

Tanya invited me to preach at the Harvest Thanksgiving Service in Belturbet 2½ years ago, and I was in the same church two years earlier for the ordination as deacon of one of my students, the Revd Naomi Quinn.

I spent much of this morning seeing my GP about an inflammation in my lungs and a cough that has persisted for most of this week since I almost lost my voice last Sunday. I fear that this has been caused by my sarcoidosis flaring up on my lungs and as a post-op reaction to medical procedures two weeks ago.

But this afternoon it was a pleasure to take the journey from Dublin through the countryside, villages and small towns of Co Meath and Co Cavan, being refreshed by the views of the landscape, the hills and the lakes. And passing through Virginia and Lough Ramor always brings back memories of a holiday many, many years ago, when I was in my teens in 1967.

This was the summer of the Six-Day War in the Middle East, but it was also the year of Scott McKenzie and The Streets of San Francisco. My father tried to teach me how to play golf and he took me out rowing on Lough Ramor, hoping to persuade me of sensible, solid career choices. But my mind was changing, my values were about to mature and I had no idea where I was going.

The Church of Ireland parish church in Belturbet, known as Annagh, stands on a prominent hill at the top of this border town, just 4 km from the border between Co Cavan and Co Fermanagh, 36 km south of Enniskillen and 14 km from Cavan town. This is one of best places for crossing the River Erne, which meanders through the fields and meadows immediately below the hilltop on which the church stands.

When the Anglo-Normans arrived in Co Cavan in the early 13th century, Walter de Lacy built a motte-and-bailey on Turbot Island. The fort was probably made of wood and has not survived, although the steep mound of earth where it was built can still to be seen. 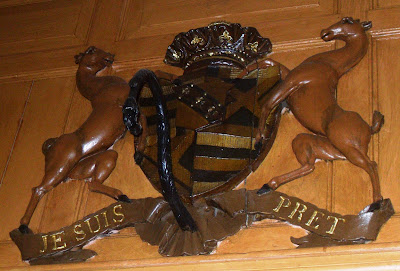 Belturbet celebrated its 400th anniversary as a planned town in 2010. The town was first was developed around 1610 by Stephen Butler. The Butlers also gave their name to nearby Newtownbutler and held the title of Earl of Lanesborough in the Irish peerage. The titles, which date back to Theophilus Butler (1669-1723) and his brother, Brinsley Butler (1670-1735), who were MPs for Belturbet, Kells and Cavan at different times in the early 18th century, became extinct in 1998 at the death of Denis Anthony Brian Butler, 9th Earl of Lanesborough (1918–1998).

When John Wesley passed through Belturbet in 1760, he described it as “a town in which there is neither Papist nor Presbyterian; but, to supply that defect, there are Sabbath-breakers, drunkards, and common swearers in abundance.”

In the churchyard, there are impressive vaults and mausoleums to local families. As we mark the centenary of World War I, it is worth seeking out the grave of James Somers, a local parishioner who was decorated with the Victoria Cross in World War I.

Below the churchyard, the River Erne wends its way through this border countryside. Back in 1967, on that small rowing boat in Lough Ramor, I had no idea where I was going. As I passed the shores of Lough Ramor late this afternoon, and later this evening as I watched the River Erne meander through the Cavan and Fermanagh countryside, I wondered whether we ever know where we are going, and whether we are ever open enough to how God is leading us where God is taking us.