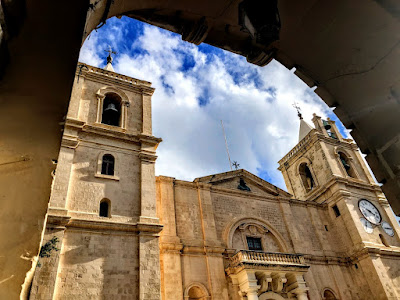 Saint John’s Co-Cathedral in Valletta is dedicated to Saint John the Baptist and was built by the Order of Saint John in 1572-1577 (Photograph: Patrick Comerford, 2022)

I am in Valetta this week, and it seems as though every street – or every second street – inside the walls of the capital of Malta, is named after a saint. But as I continue my explorations of Valletta today, before this day begins, I am taking some time early this morning for prayer, reflection and reading.

The church was designed by the Maltese architect Girolamo Cassar, who designed several of the more prominent buildings in Valletta.

Cassar went to Rhodes, where the knights had been based from 1310 to 1522 to find the plasn of a church that had been converted into a mosque by the Turks and to use the plans as a model for his new church in Valletta. However, Cassar still took decisions over the final design and made modifications, and so became the sole architect of the building.

Once Saint John’s was completed in 1577, it became the new conventual church of the order instead of Saint Lawrence’s Church in the order’s former headquarters in Birgu. Building work began on the oratory and sacristy in 1598 and they were completed in 1604.

The painting depicting ‘The Beheading of Saint John the Baptist’ (1608) by Michelangelo Caravaggio (1571-1610) is the most famous work in the church. It is one of Caravaggio’s masterpieces, the largest canvas he painted and the only painting he signed. It is displayed in the Oratory for which it was painted.

The painting was restored in the late 1990s in Florence. It is one of Caravaggio’s most impressive uses of the chiaroscuro style for which he is most famous with a circle of light illuminating the scene of Saint John’s beheading at the request of Salome.

Other great works of art in Saint John’s include Caravaggio’s ‘Saint Jerome Writing’ (1607-1608).

For the first century, the interior of Saint John’s was modestly decorated. However, in the 1660s, the Grand Master Raphael Cotoner ordered the redecoration of the interior so it could rival the churches of Rome.

The Calabrian artist Mattia Preti was in charge of the embellishment, and from 1661 into the 1680s he completely transformed the interior in the baroque style. The interior is now considered to be one of the finest examples of high baroque architecture in Europe and the first complete example of the high baroque anywhere. Preti designed the intricate carved stone walls and painted the vaulted ceiling and side altars with scenes from the life of Saint John the Baptist.

The annexes on the side of the cathedral were added later and feature the coat of arms of Grand Master António Manoel de Vilhena who reigned from 1722 to 1736.

Saint John’s remained the conventual church of the order until the knights were expelled from Malta by Napoleon and his occupying French troops in 1798.

Over time, the church grew to equal prominence with the archbishop’s cathedral at Mdina. In the 1820s, the Bishop of Malta was allowed to use Saint John’s as an alternative see and so it formally became a co-cathedral.

Sir Walter Scott, writing in 1831, described Saint John’s as a ‘magnificent church’ with the most striking interior he had ever seen.

The exterior of the cathedral was slightly damaged by aerial bombardment during World War II, barely escaping total destruction in 1941. However, its contents had been moved beforehand and no works of art were lost.

Today, the cathedral is one of the most popular tourist attractions in Malta, and is listed on the National Inventory of the Cultural Property of the Maltese Islands. 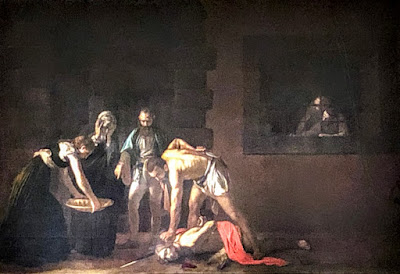 ‘The Beheading of Saint John the Baptist’ (1608) by Caravaggio in Saint John’s Co-cathedral in Valletta (Photograph: Patrick Comerford, 2022)

The Prayer in the USPG Prayer Diary today (19 January 2022) invites us to pray in these words:

Let us pray for the Church of Bangladesh, comprised of the Dioceses of Dhaka, Kushtia and Barisal. 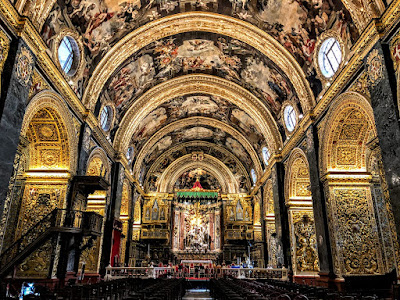