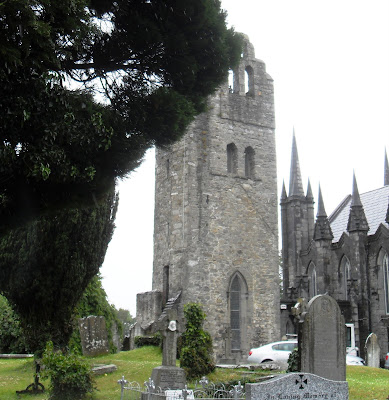 Saint Aengus the Culdee lived in the latter part of the eighth century, and was remarkable for piety and learning. The Martyrology of Aengus speaks of him as “a celebrated and saintly priest, and a great Gaelic scholar.”

Saint Aengus was born near Clonenagh, Co Laois, near the present town of Mountrath. He was a son of Óengoba and grandson of Oíblén, who is mentioned in a later genealogy as belonging to the Dál nAraidi, a ruling family in north-east Ireland. He was educated at the monastic school founded there by Saint Fintan.

He lived as a hermit at Dysert Beagh, where, on the banks of the River Nore, he is said to have communed with the angels. He became so well-known for his prayer, penance, fasting and solitude that people called him a Céile Dé (Culdee), or a companion of God.

The monastic tradition of the Culdees, or “Servants of God,” is first mentioned in Irish in 811. Their chief foundations were at Tallaght, Armagh, Clonmacnoise, Clondalkin, Devenish, Clones, and Scattery Island.

Saint Aengus was not satisfied with his hermitage, which was only a mile from Clonenagh. His earliest biographer in the ninth century describes the austere practices of Saint Aengus in his “desert.” Although he sought to be far from other people, his fame attracted a stream of visitors and students.

Saint Aengus then moved to a more solitary place eight miles away, two miles south-east of present Portlaoise, and later called “the Desert of Aengus” or Dysert-Enos. There he built a small oratory among the Dysert Hills, now represented by a ruined Church of Ireland parish church. But once again he abandoned this oratory, and wandered alone for some time before coming to Saint Maelruain’s monastery in Tallaght.

He secretly entered the monastery in Tallaght as a lay-brother, concealing his identity. But after seven years Saint Maelruain accidentally realised his true identity.

The two collaborated on the Martyrology of Tallaght about the year 790. This is a prose catalogue of Irish saints, and is the oldest of the Irish martyrologies. 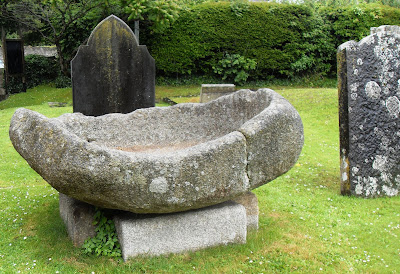 “Saint Maelruain’s Losset” in the churchyard in Tallaght … dating back to the Culdee monastery (Photograph: Patrick Comerford)

Saint Aengus was ordained a bishop, a title assigned to him in a list of saints inserted into the Martyrology of Tallaght.

About the year 805, Saint Aengus finished his Félire or Festilogium, a poetical work on the saints of Ireland in metrical form. It became one of the chief sources of information for the early Irish saints.

We have insights int his views on secular politics from his prologue to the Félire, where, in a number of stanzas, the deserted sites of Tara, Crúachan and Emain Machae are interpreted as former fortresses in which powerful rulers lived before the arrival of Christianity in Ireland. These pagan seats of power are contrasted with the great ecclesiastical centres of Ireland that were flourishing in his own time, such as Armagh and Clonmacnoise.

Saint Aengus left Tallaght soon after the death of Saint Maelruain ca 792, and returned to Clonenagh, where he became abbot and bishop. According to the Martyrology of Tallaght, he died in Clonenagh on 11 March, perhaps some time between 815 and 824, and is buried there. There were monasteries in Co Limerick and Co Laois named Dísert Óengusa in his memory.

Saint Aengus and Saint Maelruain are regarded as the founders of what came to be known as the Céilí Dé movement, a reform that sought a return to a purer and more ascetical form of monasticism. 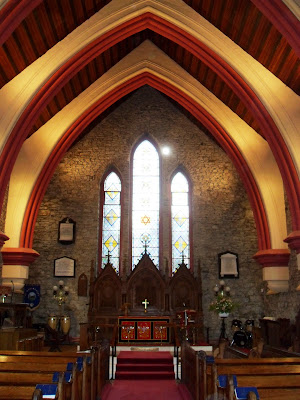