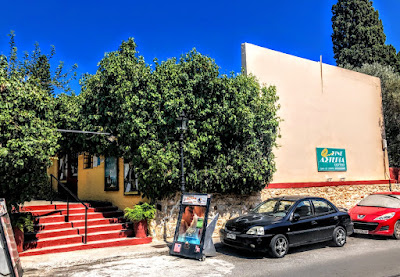 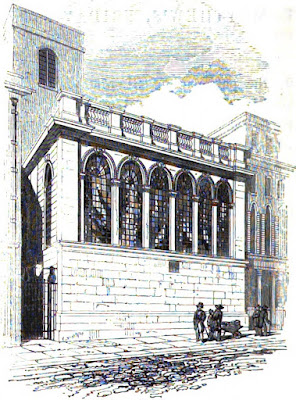 My theme for these few weeks is Wren churches and former Wren churches in London. My images this morning (23 September 2021) are of the former Church of Saint Matthew, Friday Street. 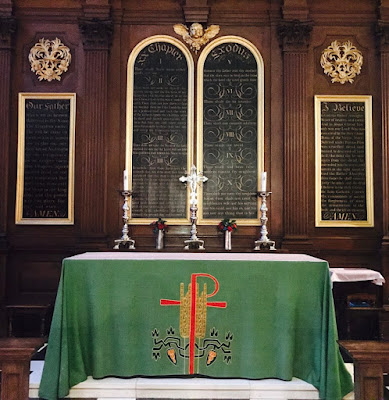 Saint Matthew Friday Street once stood on Friday Street, off Cheapside. This was the only church in the City of London dedicated to Saint Matthew, the patron saint of tax collectors and accountants.

Hugh Myddleton, who engineered the New River to supply water to London, was a parishioner and churchwarden, and was buried in Saint Matthew Friday Street in 1631.

During this time, the rector of Saint Matthew’s was the puritan divine Henry Burton. In 1636, he preached there that William Laud’s changes to the liturgy were drawing the Church of England closer to popery and accused the bishops of being ‘caterpillars,’ not pillars of the church. Burton was placed in a pillory and had his ears cut off. After Laud’s fall and execution, Burton published The Grand Impostor Unmasked, or a detection of the notorious hypocrisie and desperate impiety of the late Archbishop (so styled) of Canterbury, cunningly couched in that written copy which he read on the scaffold.

Saint Matthew’s Puritan links continued after the Restoration, and the Puritan minister, Henry Hurst, was ejected in 1662. Four years later, Saint Matthew’s was destroyed in the Great Fire in 1666.

The parish was combined with nearby Saint Peter, Westcheap, which was not rebuilt. The site of Saint Matthew’s was augmented by a piece of parish land. Building commenced in 1682 and the church was complete by 1685, at a total cost of £2,309. The combined parishes also paid Wren a gratuity of £3 8s.

Saint Matthew Friday Street was the smallest and cheapest of the Wren churches. Its plan was an irregular rectangle; George Godwin described the interior as ‘a plain room of most uneven shape,’ about 60 ft long and 30 ft broad within the walls, with a plain flat ceiling, slightly coved at the sides. There was a gallery at the west end with a small organ. The exterior walls were of brick, except for the east front, towards Friday Street, which was faced with stone.

The east wall was unadorned at street level, but had a row of five round-headed windows with cherub-headed keystones above.

The tower in the south-west corner was not visible from the street and was said to be the plainest of any Wren church. It was plain brick and hung one bell. The entrance to the church was through alleyways on the north and south sides.

With the move of population from the City to the suburbs after the mid-19th century, the church became redundant and was demolished in 1885 the parish was joined to Saint Vedast alias Foster. The site was sold for £22,005, and the proceeds used to build Saint Thomas, Finsbury Park. The Communion Table and the Royal Arms are now in Saint Vedast-alias-Foster, while the font and pulpit are in Saint Andrew-by-the-Wardrobe.

The reredos by Edward Pearce was acquired by a London decorating firm, White, Allom & Company, and was rebuilt at Polesden Lacey at Great Bookham, near Dorking in Surrey.

The section of Friday Street where the church once stood was destroyed during World War II. The street was built over by the New Change Buildings in the 1950s, with the site of Saint Matthew’s being in the courtyard. The site has since been redeveloped. 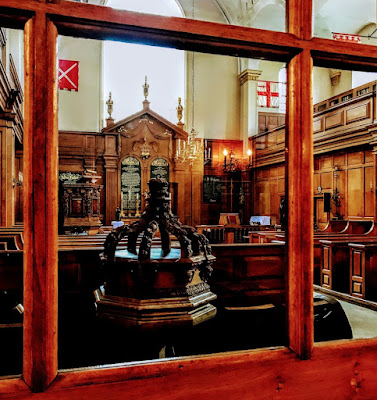 The font and pulpit from Saint Matthew Friday Street are in Saint Andrew-by-the-Wardrobe (Photograph: Patrick Comerford)

The Prayer in the USPG Prayer Diary today (23 September 2021, International Day of Sign Languages) invites us to pray:

Lord, we thank you for the gift of sign language. May we remember that communication is not limited to speech, and rejoice in the diversity of ways in which we can communicate. Let us pray for our society to be more inclusive of those with hearing impairments.