Early winter lights in the late evening in Fingal 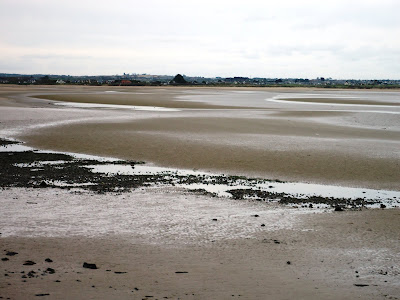 Shades of sepia and hints of purple on the beach in Portrane this afternoon (Photograph: Patrick Comerford, 2012)

Winter is closing in, the afternoon lights are fading earlier and earlier, and there was a chill in the air along the Fingal coast this evening.

Although Keeling’s large field opposite Newbridge House in Donabate has ridges filled with water, we have avoided the heavy rains and floods that have hit large parts of England this week.

The tide was out in Portrane when we arrived late this afternoon, there were large rivulets of water and swirls of pools in the sand, .with just one man and his dog going for a walk. With the low lights in the sky, there were hues of sepia on the lengthy stretches of sand and hints of purple below the clouds.

After visiting my Lynders cousins at The Quay, we then moved on to Malahide. New Street was closed for a market, and waiting for the Christmas lights to be turned on later in the dark. 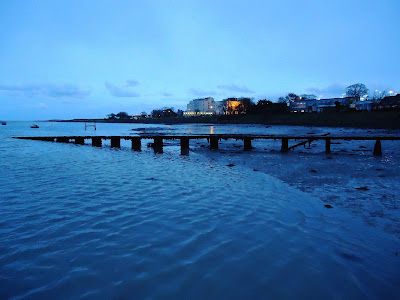 Down on the beach, the water was a clear blue and one or two boats bobbing about in the water. On one side, there were reflections from the Grand Hotel in the evening water, on the other reflections of lights from the apartments around the Marina.

We returned to New Street for dinner in Cape Greko, Malahide’s Greek and Cypriot restaurant, with a view out onto the street and a glimpse of the beach beyond.

Later, as we drove along the Howth Road beside the bay, the lights of Dublin were decked along the roadside before us. 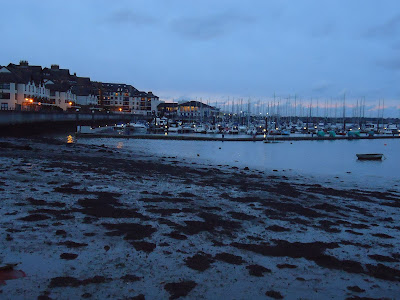 The Marina at Malahide in the fading lights of evening (Photograph: Patrick Comerford, 2012)

Posted by Patrick Comerford at 20:31 No comments: 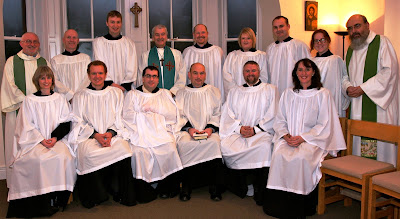 This weekend’s edition of The Church of Ireland Gazette [23 November 2012] carries this photograph and caption on page 4:

Twelve student ordinands at the Church of Ireland Theological Institute, Dublin, were commissioned as student readers by the Archbishop of Dublin, the Most Revd Michael Jackson (back row, 4th left),at a Community Eucharist. Also present were Instute staff, the Revd Patrick McGlinchey and Canon Patrick Comerford (back row, extreme left and extreme right respectively), who presented the students for licensing. (Photo: Lynn Glanville).