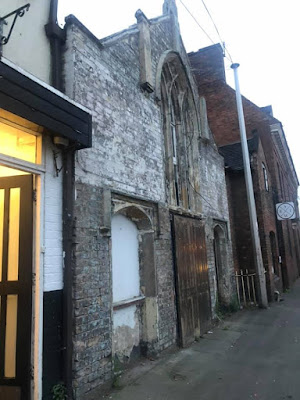 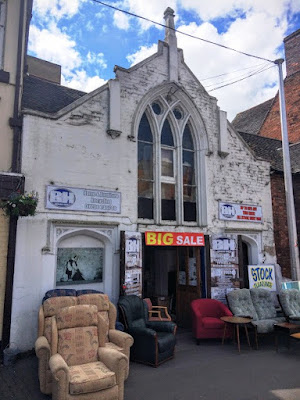 Listening to Theodorakis
and the Phoenician Women
while preparing a sermon 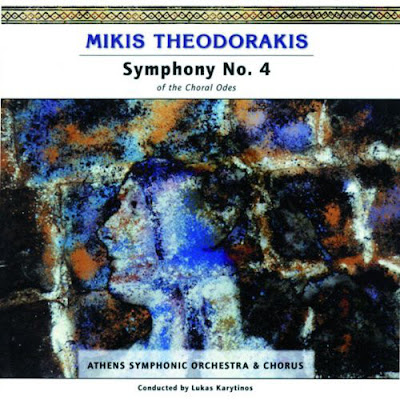 Mikis Theodorakis recorded ‘Symphony No 4, of the Choral Odes,’ in Athens in May 1987

Next Sunday’s Gospel reading comes in two parts, and the second part (Matthew 15: 21-28), set in the district of Tyre and Sidon, tells of the Canaanite or Syro-Phoenician woman and her encounter with Christ.

The title of the play by Euripides, The Phoenician Women, refers to the Greek chorus, which is composed of Phoenician women on their way to Delphi and who are trapped in Thebes by the war.

So, in the time of Christ, educated, Greek-speaking people, including those around Tyre and Sidon, would expect a Greek-speaking Phoenician woman and her daughter to be pushy in the face of what appears to be a cruel fate, even if this involves confronting successful or ambitious men: they are prepared to stand up to kings and rulers, prepared to challenge them, and prepared to risk rejection and exile.

Faced with her daughter’s needs, the pushy woman ignores the disciples: she is direct and aggressive in demanding healing and justice. And in demanding justice and healing for her daughter, she is, of course, demanding these for herself too.

The dialogue between this woman and Christ must have sounded crude and aggressive to those who had gathered around to hear what was going on.

This pushy woman forces herself into the house, addresses Jesus in Messianic terms, and demands not that he should heal her daughter, but that he should show mercy. On whom? On her tormented daughter? On the distressed mother? The NRSV translation is clear, where the RSV is not: in the original Greek, she asks for mercy for herself (verse 22).

As I was thinking this week about next Sunday’s sermons – in Saint Mary’s Church, Askeaton, Co Limerick, and Saint Brendan’s Church, Tarbert, Co Kerry – and as I was reading and re-reading the second part of this Gospel reading, I found myself listening yet again to the second movement, ‘The Phoenician Woman,’ in Symphony No 4 (Of the Choral Odes), written by the great modern Greek composer Mikis Theodorakis in 1986-1987 for soprano, alto, narrator, mixed choir and symphonic orchestra without strings.

The recording I have been listening to throughout this week was recorded at the Pallas Theatre in Athens in May 1987, remastered at Soundstudio N in Cologne in June 1995, and released in 1998 by Intuition Classics.

On this recording, Kiki Morphoniou is the contralto, Aleka Drakopoulou the soprano, Lida Tassopoulou the narrator, with Dana Chatzigeorgiou on violoncello. The Athens Symphonic Orchestra is conducted by Lukas Karytinos and Elli Nikolaidi is the chorus director conductor with the Athens Symphonic Chorus.

The fourth symphony by Theodorakis contains just two movements based on texts by Aeschylus (Eumenides) and Euripides (The Phoenician Women). The remastered version of this CD was recorded live at Athens at the world premiere of the composition. The booklet includes the completely translated libretto, extensive liner notes and some personal remarks of the composer himself.

In this symphony, Theodorakis provides a setting of Eumenides by Aeschylus and The Phoenician Women by Euripides, brought together in a massive work that conveys classical Greek tragedy through the form of a modern choral symphony.

In his fourth symphony, Theodorakis weaves together three traditions: the symphonic tradition and the integration of vocals into symphonic works; the tradition of great tragic women figures, which he takes up in his operas Medea, Electra and Antigone; and the particularly Greek perception of history.

In his notes written to accompany this recording, Theodorakis suggests that, because the word symphony is derived from Greek, it is best left to a Greek to define it. He is not concerned with the conventional western sonata form, and this long, two-part work derives its tension and power from its ancient Greek texts, following its own logic rather than abstract rules.

Theodorakis is forceful and direct in his music. There is power in its dark scoring, austere counterpoint, massed unisons, and immense orchestral sonorities.

This live performance brings together these strength. Admirers of Theodorakis will take this work seriously, and appreciate his commitment to Greek national culture. But others may find it difficult to listen to with its sombre subject matter. Yet this is the very drama, focussed in the desperate plight of one woman and her daughter, that is enacted in the second part of next Sunday’s Gospel reading.

After this recording, Theodorakis embarked on a trilogy of operas based on classical dramas with female protagonists: Medea (1988-1990), Electra (1993), and Antigone (1999). Theodorakis has written that he considers the Theban cycle to be the ‘tragedy of tragedies.’ Antigone, struggles as an ‘innocent’ in vain against the ‘primordial Evil,’ the lust for power, symbolised by Creon.

In these works, Theodorakis – often known in the west only for the score and theme of Zorba the Greek – is reacting against the unrestrained desire for social and political domination that has oppressed and divided the Greek people since World War II and earlier. In his own lifetime, he has been active in left-wing politics between World War II and the fall of the junta in 1974.