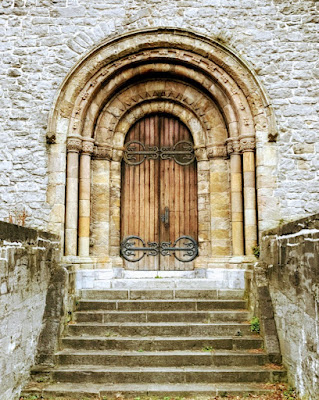 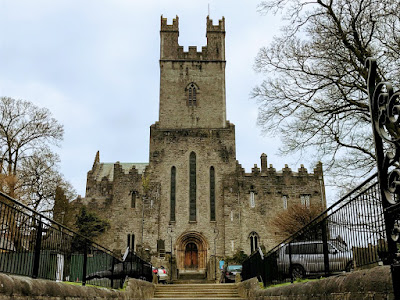 Ecce Signum: reading the signs of
the times on the walls of Askeaton 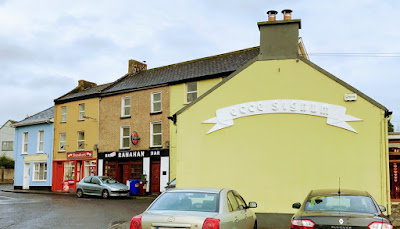 On the gable end of premises facing onto East Square in Askeaton, a puzzling and perplexing sign proclaims in Latin: Ecce Signum, ‘Behold the Sign.’

The Latin phrase Ecce Signum means ‘Behold the Sign,’ or ‘Here is the Proof.’

What does it mean? Is it a question or a declaration? What is the sign, what does it signify, or what is it pointing to?

Ecce Signum is the members’ handbook for Alpha Phi Delta (ΑΦΔ), a male student fraternity in the US that evolved from an exclusive Italian society (Il Circolo Italiano) at Syracuse University in 1914 and that is still seen as a traditionally Italian-American fraternity.

But other occurrence of the phrase Ecce Signum I am familiar with is in Henry IV Part 1, one of the Shakespeare plays that was on my English curriculum in school in my teens.

‘I am a rogue if I were not at half-sword with a dozen of them two hours together. I have ’scaped by miracle. I am eight times thrust through the doublet, four through the hose, my buckler cut through and through, my sword hacked like a handsaw. Ecce signum! I never dealt better since I was a man. All would not do. A plague of all cowards! (points to Gadshill, Peto and Bardolph) Let them speak. If they speak more or less than truth, they are villains, and the sons of darkness.’

I wondered whether someone in Askeaton had once been a member of an American student fraternity. If so, did he have an Italian cultural heritage.

Or did someone in Askeaton have an interest in Falstaff?

Perhaps he was at school at the same time as I was.

But why did he place a sign about a sign in Latin slogan as a relief sculpture on a gable end in Askeaton, facing the ruins of the Hellfire Club?

What appears to an eloquent use of Latin is, in reality, a clever piece of art entitled ‘A Glossolalia,’ by Sean Lynch.

Sean Lynch is a visual artist living in Askeaton, and he works with Michele Horrigan at Askeaton Contemporary Arts. He studied fine art at the Stadelschule, Frankfurt am Main, and in 2015 he represented Ireland at the Venice Biennale. He has also held solo exhibitions at The Rose Art Museum, Boston, Modern Art Oxford and Dublin City Gallery, the Hugh Lane.

Daniel P Mannix, in his 1978 study of the 18th century Hellfire Clubs, discusses the use of obscure classical phrases and language by their members. Mannix writes in The Hellfire Club (London, 1978) of a ‘Macaroni Latin,’ macaroni being the slang name used for elegant young gentlemen of the day.

In ‘Macaroni Latin,’ Latin words were twisted to make puns in English or combined to create a ridiculous effect.’ Perhaps Sean Lynch’s work lacks any comprehension or meaning.

Sean Lynch’s intriguing words are embossed on a white mounted scroll on a gable end in East Square.

But perhaps they are not meant to be intriguing or perplexing at all. Perhaps they say nothing more than ‘this is a sign’ and the sign has no importance beyond its presence and appearance.

Perhaps, like Falstaff, he is telling us all ‘I am a rogue’ while at the same time pointing across at those who can no longer speak from the ruins of the Hellfire Club about their past behaviour: ‘If they speak more or less than truth, they are villains, and the sons of darkness.’