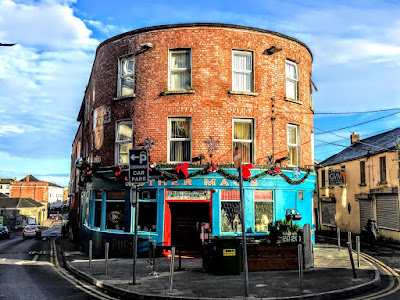 Which old country house was the
true inspiration for Toad Hall? 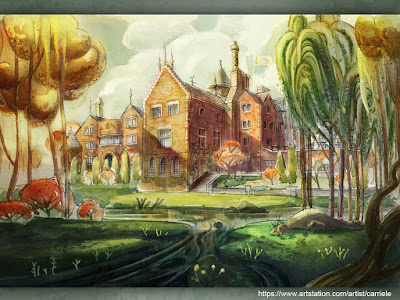 Toad Hall … ‘The Wind in the Willows’ is popular Christmas reading (Image: Artstation.com)

One of my favourite childhood and Christmas-time books is The Wind in the Willows by Kenneth Milne, and I look forward to any of the cartoon versions that are scheduled for television channels at this time of the year.

The book was first published in 1908, and despite its place in children’s fiction it is also appropriate reading at Christmas, not only because of its many winter settings, but also because of the themes of mysticism, morality and camaraderie that run through its storylines.

This is not accidental, for Kenneth Grahame (1859-1932) was introduced to the riverside and boating by his uncle, Canon David Ingles, who was then the curate at Cookham Dean in Berkshire and who had rowed for Cambridge in 1860. He would often take his sister’s children out on the ponds and the river, telling them stories as they explored the waterways. Cookham was also the home of the artist Stanley Spencer (1891-1959), who often used Cookham and the river as the backdrop to his religious paintings.

But The Wind in the Willows is also a hymn to a long-lost England that may never have existed. It was an England that Edwardian society wistfully hoped could be conjured up but that could never be returned to, and it is an England conjured up by the Brexiteers but, ironically, is being destroyed by them. 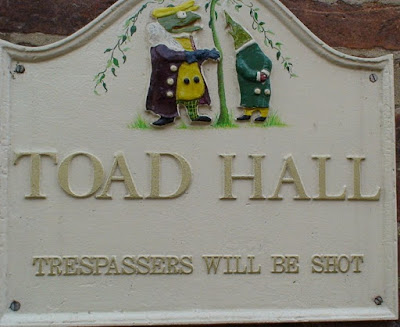 Sometimes as I travel through the Staffordshire countryside beyond Lichfield, I have noticed a house called Toad Hall on Bagot Street in Abbots Bromley, about 19 km north of Lichfield.

This Toad Hall is period village home with beamed rooms and a witty name plate outside. It is a long-established bed and breakfast house, and was recently on the market through John German, estate agents in Lichfield and Burton on Trent, with an asking price of £475,000.

But since my childhood I have wondered about the original house that inspired Toad Hall in The Wind in the Willows.

But a number of houses claim to be the original inspiration for Ernest Howard (EH) Shepard’s illustrations of Toad Hall, including Mapledurham House in Oxfordshire, as well as neighbouring Hardwick House, Foxwarren Park in Surrey, Fawley Court in Buckinghamshire, Nymans in West Sussex and Fowey Hall Hotel in Cornwall. 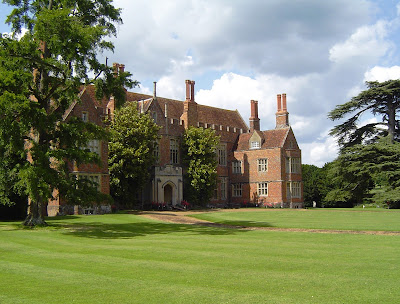 Mapledurham House was built ca 1585 in the Elizabethan E-shape, and a later 18th-century chapel was built in the Strawberry Hill Gothic style for its Roman Catholic owners, the Blount family.

Like the Moat House in Tamworth, the house has priest holes, used to hide Catholic priests in the 16th and 17th centuries. The house was a location for the filming The Eagle Has Landed (1976) and for several television series, including Midsomer Murders. 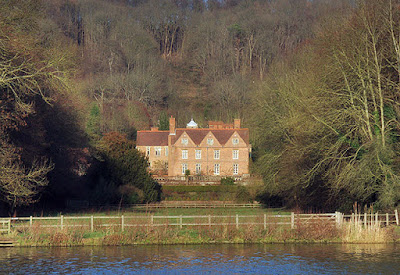 Hardwick House, a nearby Tudor-style house on the banks of the River Thames, near Whitchurch-on-Thames, also claims to be the inspiration for EH Shepard’s illustrations of Toad Hall.

The Liberal politician and horse breeder Sir Charles Day Rose (1847-1913), who bought Hardwick House shortly before he was given the title of baronet in 1909, is also said to have been one of the models for Toad of Toad Hall.

Foxwarren Park, at Wisley in Surrey, is a Victorian country house designed in 1860 by the railway architect Frederick Barnes for the brewer and Liberal politician, Charles Buxton (1823-1871).

It is a stark Neo-Gothic house, with polychrome brickwork, red with blue diapering, and terracotta dressings, and renewed plain-tiled roofs with crow-stepped gables. It has been the location for films and TV series, including The Adventures of Robin Hood. 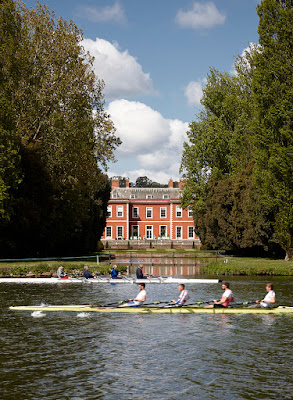 Fawley Court is a country house on the west bank of the River Thames at Fawley in Buckinghamshire, near Henley-on-Thames.

The story of Fawley Court dates back to the Domesday Book. The house was completely rebuilt by Christopher Wren for William Freeman in 1684, and was redesigned by James Wyatt and his brother Samuel Wyatt, from Weeford near Lichfield, in the 1760s and 1770s.

After World War II, Fawley Court, was acquired run by Polish Congregation of Marian Fathers, who ran a library, museum, school and Polish cultural centre from the house.

The house was severely damaged by fire in 1973, the school closed in 1986, and the house became a retreat centre. It was finally closed and sold in 2009 to Aida Hersham, an Iranian heiress, reportedly for £13 million. 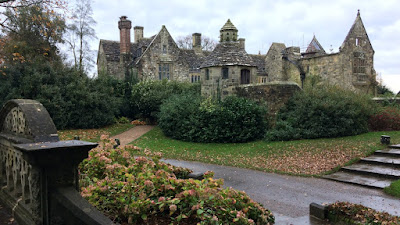 Nymans in West Sussex, owned by the National Trust, also claims to be the inspiration for Toad Hall. The gallery at the rear of the house has hosted a collection of Wind in the Willows pictures, including a few of EH Shepard’s original pencil-drawn sketches for the book and others that were hand-coloured by the artist.

The exhibits included a pencil drawing of Nymans that Shepard did during a visit there, and it is suggested that Toad Hall may have been based partly on the Nymans House. 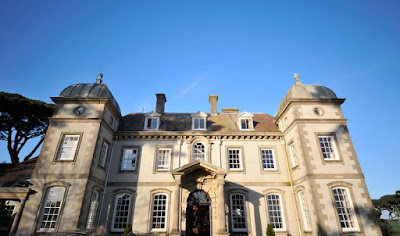 Fowey Hall Hotel, overlooking the Fowey Estuary in Cornwall, also claims to have inspired Toad Hall in The Wind in the Willows. Kenneth Grahame was certainly a frequent visitor when it was a family house, and it advertises itself as ‘a perfect location for messing about on the river like Ratty and his friends.’

The house was built by Sir Charles Augustin Hanson (1846-1922), who made his fortune in the lumber trade in Canada. When he returned to England, he built this house on a plot of land bought from the Rashleigh family, owners of Daphne du Maurier’s Menabilly.

Hanson was Conservative MP for Bodmin (1916-1922) and Lord Mayor of London in 1917. Fowey Hall was sold in the late 1950s, and became an hotel in 1968. The ground floor remains largely in its original layout, with the library, morning, drawing and billiard rooms and the dining area returned to their original uses.

Kenneth Grahame was a first cousin was Sir Anthony Hope Hawkins (1863-1933), a son of the Revd Edwards Comerford Hawkins (1827-1906), Vicar of Saint Bride’s in Fleet Street, London. As Anthony Hope, he was the author of another early 20th century Edwardian fantasy, The Prisoner of Zenda, and they were cousins too of the Irish rugby superstar and war hero Basil Maclear (1881-1915). 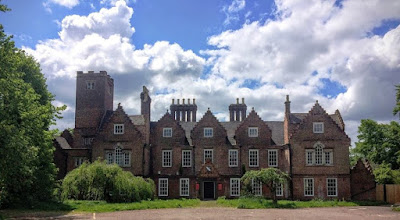 The Moat House on Lichfield Street, Tamworth … can make no claims to being the original Toad Hall (Photograph: Patrick Comerford)

I should like to think – but would be totally wrong – to suggest, with these Comerford family connections, that Grahame’s Toad Hall was inspired by the Moat House on Lichfield Street in Tamworth. The former Comberford Tudor-era manor house certainly would have been an ideal choice over 100 years ago, before its sylvan setting gave way to the urban needs of an expanding Tamworth.

When I visit the Moat House, with its riverside setting – by the River Tame rather than the River Thames – and surrounded by willows, it often reminds me when I visit it of childhood images of Toad Hall.

Kenneth Grahame died in Pangbourne, Berkshire, in 1932, and is buried in Holywell Cemetery, Oxford.

Grahame’s cousin Anthony Hope wrote his epitaph, which reads: ‘To the beautiful memory of Kenneth Grahame, husband of Elspeth and father of Alastair, who passed the river on the 6th of July, 1932, leaving childhood and literature through him the more blest for all time.’
Posted by Patrick Comerford at 06:30 1 comment: