Readers’ retreat looks at life
and message of Saint Patrick

The following news item was published on the website of the Church of Ireland Theological Institute earlier today [15 March 2016]:

Readers’ retreat looks at life
and message of Saint Patrick

In the run–up to Saint Patrick’s Day [17 March 2016], Canon Patrick Comerford led a retreat for diocesan and parish readers on the topic “The Life of Saint Patrick and his message for us today.”

The two–day retreat in the Church of Ireland Theological Institute was organised by the Lay Training Department of CITI.

David Browne of the Lay Training Department said this was “our first Reader ‘mini–retreat’ conference for 2016.” He said it provided “an informed and challenging look at the life of our Patron Saint and the importance of his message for the Church and society today.”

The retreat included times of worship, prayer and fellowship for people engaged in reader ministry across the Church of Ireland, and concluded with a closing Eucharist. Patrick Comerford is Lecturer in Anglicanism, Liturgy and Church History in the Church of Ireland Theological Institute. His three reflections and his sermon at the closing Eucharist are available through these links:

1, Who is Saint Patrick?

2, Saint Patrick’s writings and his message.

3, Celtic Spirituality, is there something there?

4, The Eucharist, with a short sermon. 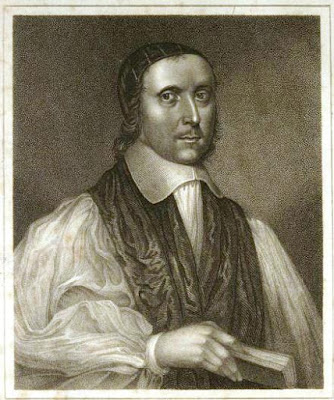 In The Life of Samuel Johnson, Sir John Hawkins notes that Johnson constantly read his Greek New Testament, and was well read in Patristics or the writings of the Early Fathers of the Church, and was conversant with the works of the great Anglican writers, including Richard Hooker and the Caroline Divines, as well as The Imitation of Christ by Thomas a Kempis.

At times when Johnson “was most distressed,” Hawkins recommended him to read Rules and Exercises of Holy Living and Dying by Jeremy Taylor, Bishop of Connor, Down and Dromore, and his Ductor Dubitantium.

Johnson regarded Jeremy Taylor as the best of “all the divines that have succeeded the fathers.” Johnson was a personal friend of one of Taylor’s successors, Bishop Thomas Percy of Dromore, and in his will left him some of his books. Some years ago [12 August 2009], I was invited to speak about Jeremy Taylor in the chapel of Saint John’s Hospital, Lichfield.

Johnson once adapted these words by Taylor on preparation for receiving the Sacrament of Holy Communion:

It is no great matter to live lovingly and good-natured, with humble and meek persons; but he that can do so with the froward, with the wilful, and the ignorant, with the peevish and perverse, he only hath true charity. Always remembering, that our true solid peace, the peace of God, consists rather in compliance with others, than in being complied with; in suffering and forbearing, rather than in contention and victory.