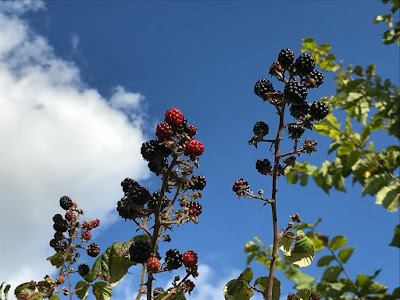 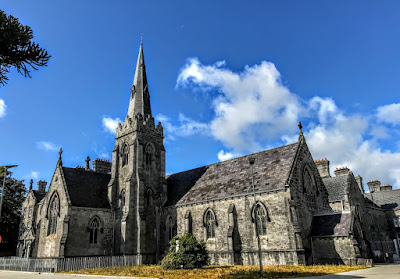 The Gothic Revival chapel at Mount Vincent … designed for the Sisters of Mercy by John Neville (Photograph: Patrick Comerford, 2017)

Last week I visited the Mount Vincent campus of Mary Immaculate College on O’Connell Avenue in Limerick. The expansion of the college on this campus gives Limerick’s oldest third-level institution a physical imprint that extends from the Dock Road to the main city thoroughfare.

The buildings at Mount Vincent, backing onto the MIC buildings on the South Circular Road, are the former Sisters of Mercy Mount Vincent convent complex, a landmark 19th century building in Limerick.

The new space, now named the John Henry Newman Campus, recalls the 19th century Tractarian and cardinal who was the author of the seminal The Idea of the University and who preached a mission in Saint Michael’s Church, Limerick, for establishing Mount Vincent as an orphanage run by the Sisters of Mercy.

Mount Vincent takes its name from the French Saint Vincent de Paul, but the site was known as Mount Kenneth before the convent was built here in 1851. The Sisters of Mercy were founded by Mother Catherine McAuley in 1831, and first came to Limerick in 1838, with the support of Bishop Ryan of Limerick. They flourished in the city and county, and had convents in Limerick, Newcastle West, Rathkeale and Adare.

The new convent, chapel and orphanage at Mount Vincent were designed for the Sisters of Mercy by John Neville (1813/1814-1889) in the Early English and Tudor styles.

At the time, Neville was also the county surveyor for Co Louth (1840-1886). He was born in in Co Limerick in 1813 or 1814, and seems to have been the son of John Neville, the architect who was employed by Sir Vere Hunt, in 1813-1814 to work at Curragh Chase, near Askeaton, Co.Limerick, and on the new town Hunt planned at New Birmingham, Co Tipperary.

The training and early career of the younger John Neville is not known. He was living in Clonmel, Co Tipperary, in 1836 but seems to have returned to Limerick and worked on the Shannon navigation in 1836-1838 and as a road contractor in 1838-1840.

Although Neville was a Roman Catholic, he was also a prominent Freemason. In 1849, he married Constance Cox, a daughter of John Cox, of Bruree, Co Limerick, a member of the Church of Ireland, in Bruree Parish Church.

Neville also ran his own private practice, and his pupils and assistants included William Sidney Cox, James Gaskin and Eugene O’Brien McSwiney. His other works included the O’Connell Monument in Ennis, Co Clare, the Convents of Mercy in Limerick, Ardee, Dundalk and Roscommon, and the Loreto convent in Omagh.

A year after the Mercy sisters moved into his convent at Mount Vincent, Neville was seriously injured in a railway accident near Straffan, Co Kildare, in 1853, when 16 people were killed and many more were injured. He was the subject of strong criticism in the Dundalk Democrat in 1881 when he evicted tenants from land he held in Crossmaglen, Co Armagh.

Neville resigned as Louth county surveyor in 1886 because of ill-health and went to live with his eldest son, Dr William Neville, a gynaecologist, at 71 Lower Baggot Street, Dublin. He died there on 10 June 1889 aged 76. His two daughters, Barbara and Mary, both became nuns. 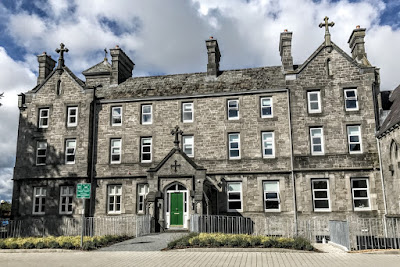 
Neville’s convent is the principal building within the complex at Mount Vincent. The convent and former female orphanage buildings are typical of the institutional architecture of the mid-19th century, with Gothic Revival flourishes to suggest their religious use, without distracting from the serious purpose of the composition.

The foundation stone of the convent was laid on 5 July 1851, and the Sisters of Mercy had moved in by November 1852. The building contractors were Duggan and McLean and the total cost was estimated at about £6,000.

The convent building itself is a nine-bay, three-storey over basement limestone building, with two-bay three-storey gabled breakfront end bays, and a centrally-placed entrance porch with cruciform finial to apex. 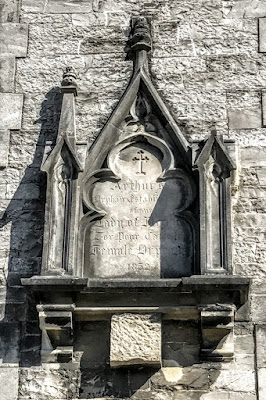 The orphanage at Mount Vincent dates from 1852 (Photograph: Patrick Comerford, 2017)

The former female orphan school is 17-bay three-storey over basement building linked to the convent by a six-stage square-plan campanile, and distinguished by a gabled entrance breakfront.

The convent chapel was built in 1861. This is a four-bay double-height limestone chapel, built in the Gothic Revival style on a T-shaped plan, with transepts, a three-stage tower and an octagonal spire.

Although I did not get inside the chapel last week, I understand the decorative work includes male busts crowned with bishops’ mitres, plastered walls, a timber-framed choir gallery, a cast-iron spiral stairs, an exposed timber roof, Tudor-arched door openings, and marble reredos with a pinnacled tabernacle.

The convent chapel was completed by 1863, and the spire can be seen from afar contributing to the skyline of spires in Limerick. The convent and orphanage buildings now form the John Henry Newman Centre, and part of Mary Immaculate College (MIC).

A pathway leads from the John Henry Newman Campus at Mount Vincent to the main campus of Mary Immaculate College, between the South Circular Road and the Dock Road.

MIC was founded in 1898 by the Sisters of Mercy and the Bishop Edmund T O’Dwyer, and is the oldest third level-institution in Limerick. When the foundation stone was laid on 8 December 1898, the plan was to provide professional training for female teachers for Catholic national schools.

The architect was WH Byrne, who also designed the Church of the Holy Name on Beechwood Avenue in Ranelagh, Dublin. His son, Ralph Henry Byrne (1877-1946), designed the chapel at the Good Shepherd Convent and Magdalene laundry on Clare Street, Limerick, inspired, to a greater or lesser degree, by Baldassare Longhena’s plans for the octagonal Church of Santa Maria della Salute on the Grand Canal in Venice (1630).

Mary Immaculate College was built at an estimated cost of £18,501, and 75 young women were enrolled as trainee teachers in 1901. Today, this is a Catholic college of education and the liberal arts, offering programmes at undergraduate and postgraduates level to over 3,000 students. 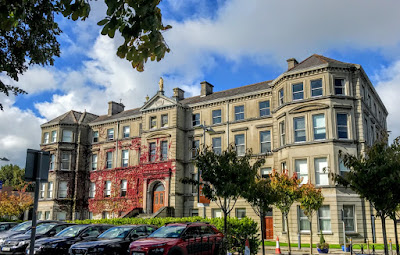 Mary Immaculate College was founded in 1898 and was designed by WH Byrne (Photograph: Patrick Comerford, 2017)