Fresh figs – a taste of summer
and a reminder of Greece 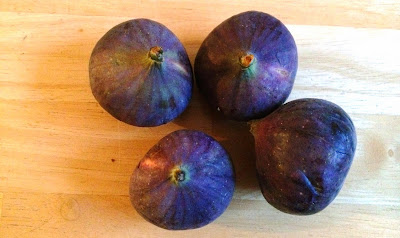 I was writing last Friday [19 September 2014] about picking ripe blackberries in Kilcoole during this time which marks the transition between summer and autumn.

We finished those blackberries last night and instead had a few fresh, ripe figs on the dinner table this evening, and I thought that while I was in Crete a few weeks ago I should have written about figs, which are so much part of this time of the year in Greece.

I can hear someone in the background say: “It’s far from figs we were reared.” Indeed, people of my generation knew little about figs as we were growing up in northern Europe, apart from the awful, medicinal taste of “syrup of figs,” which we were given as a laxative.

I once thought the dismissive phrase “I couldn’t give a fig” may have been derived from the laxative properties of syrup of figs. After all, figs were a rare fruit, so surely they were valuable, and the phrase remained an unexplained occurrence in the English language.

Later, I realised figs grow in abundance. But I was told politely that the mano fico (“fig hand”) is an old obscene gesture, used both as a protective gesture against the eye and a rude gesture symbolising sexual union.

The word sycophant comes from the Greek word συκοφάντης (sykophantes), first used by Aristophanes for someone “who shows the fig (συκος, sykos),” a reference to a vulgar gesture made with the hand. In classical Rome, figs were associated with effeminate behaviour. The Romans associated the fig with Bacchus, female fertility and eroticism, and so the word for fig has meanings in Italian and derivatives in vulgar English that I need not explain this evening.

Perhaps this is why the fig leaf has been used to cover parts of nude sculptures and paintings. But of course in the Bible Adam and Eve cover themselves with fig leaves after eating the forbidden fruit from the Tree of Knowledge of Good and Evil (Genesis 3: 7).

Later, Jacob’s fig rolls became a popular biscuit. In my teens and at school, despite my distaste for syrup of figs, I acquired a taste for dried, packaged figs. But like all dried, packaged fruit, I had no idea of the difference between the processed food and the real fruit itself. That was until I got to know Greece. 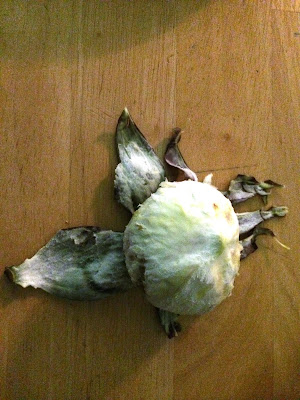 Figs are as easy to peel and to east as bananas (Photograph: Patrick Comerford, 2014)

At first I was served them poached in “black wine” (either Ξινόμαυρο or Μαυροδάφνη). But later I realised figs are as easy to peel and to eat as bananas. And, while figs are often used in jam-making, the best way to enjoy them in Greece at this time of the year is as fresh fruit.

In many places, fig trees are almost as common as olive trees. Last month, we were offered fresh figs a number of times, like you would offer sweets to a friend or child.

Figs are a rich source of calcium and fibre, dried figs are rich in copper, manganese, magnesium, potassium, calcium, and vitamin K, and are a good source of antioxidants.

A ripe fig is sweet and is soft to the touch, the skin peels off easily and some figs are so thin they can be eaten whole.

I can assure you that until you are offered a fresh, ripe fig, fresh from the fig tree, you have never tasted a real fig. In Greece, most figs are ripe by mid-August, and they continue to be picked for the next few weeks.

After dinner, we sat and peeled our figs this evening. They were like a taste of summer and a taste of Greece. 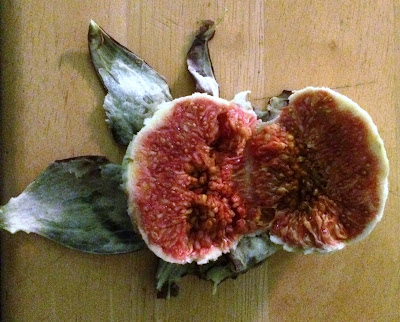 Posted by Patrick Comerford at 22:35 No comments: