A window that links
Lichfield Cathedral with
the Moat House, Tamworth 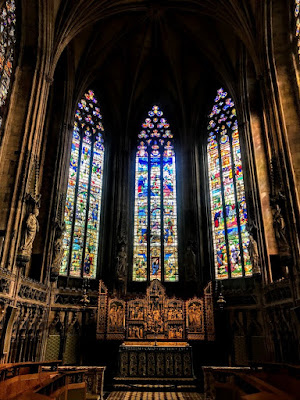 The Herkenrode windows in the Lady Chapel in Lichfield Cathedral (Photograph: Patrick Comerford, 2019)

The Lady Chapel in the cathedral contains a wonderful collection of recently-restored 16th century Flemish glass, most of which originated in the abbey of Herkenrode before it was forcibly closed at the French Revolution. The glass was brought by Sir Brooke Boothby and installed in the cathedral in 1805, filling seven of the nine expansive windows at the east end. The other two windows are filled with restored glass from Antwerp.

The glass was taken out and sent to the Barley Studio in York for conservation over many years, and returned to the cathedral in 2015.

The Cistercian convent of Herkenrode, near Liege, was one of the largest and richest in the Low Countries. The great windows were installed between 1532 and 1539 when the abbey was perhaps at the height of its popularity and power.

The abbey was stripped of its possessions in 1793 and put up for sale in 1796. When the 16th-century windows were put up for sale, they were bought by Sir Brooke Boothby of Ashbourne, Derbyshire, who supervised their shipment to England.

Boothby had close connections with Lichfield: he was a member of the Lichfield Botanical Society and a friend of Erasmus Darwin and Anna Seward.

When Boothby’s only daughter Penelope died in 1791 and his marriage broke up, he found consolation in travel. He spent much of the rest of his life wandering Europe, and came across the Herkenrode windows in 1802. He wrote to the Dean of Lichfield, ‘I have contracted for the purchase of 17 windows of what appears to be the finest painted glass which I have almost ever seen.’

Boothby sent the windows to Rotterdam and on to Hull, from where they were sent by river to the Midlands. Some of the glass ended up in Saint Mary’s Church, Shrewsbury, but the rest arrived in Lichfield.

Lichfield Cathedral later repaid Boothby his costs. But, next to the windows of King’s College Chapel, Cambridge, this is the finest Renaissance glass in an English church setting. 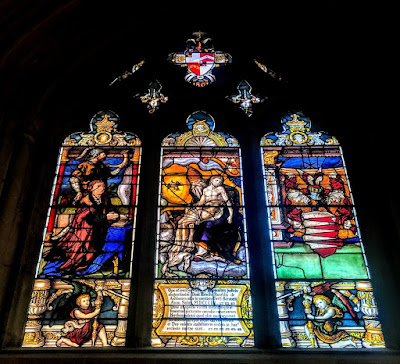 But Boothby also had a family connection with the Moat House in Tamworth.

The Moat House was ransacked after the sieges of Lichfield and Tamworth during the Cromwellian era, from its gabled roof down to its walled garden. When the English Civil War was finally over, the Comberford family was forced to sell the house, and it was bought by Thomas Fox (1622-1666), a Roundhead captain, for £160. Over the centuries that followed, the Moat House was bought and sold several times.

After the Restoration, Fox was removed from office by the commissioners of corporations. In April 1663, he made over his estate, valued at £200 a year, to his brother-in-law, Sir William Boothby (ca 1638-1707), of Ashbourne Hall, Derbyshire, including the Moat House, for £1,540. Fox then moved from Tamworth and settled in London. He died in Dublin in 1666, presumably on a visit to his brother, whose grandson George Fox was returned for Hindon as a Tory in 1741.

Unlike his brother-in-law, Sir William Boothby was a royalist. He was made a baronet at the restoration, and was High Sheriff of Derbyshire (1661-1662) immediately before he bought the Moat House. His second wife, Dame Hill Boothby, was a daughter of Sir William Brooke, hence the unusual first name of Brooke Boothby.

The sale of the Moat House to Boothby included the moat with the right of fishing in it and in the River Tame, and all profits arising out of the fields and meadows in Hopwas, as well as a seat belonging to the Moat House in Saint Editha’s Church in ‘the aisle or burying place in the Chancel on the north side of the Church, adjoining the Comberford chapel.’ Later that year, William Boothby (1664-1731), son of Sir William and Dame Hill Boothby, was born in the Moat House. In the Hearth Tax Returns of 1666, the Moat House was charged for 15 hearths and was the largest house in Tamworth.

Sir William Boothby, who later succeeded his nephew as the third baronet in 1710, sold the Moat House in 1671 to Sir Edward Littleton of Pillaton Hall.

The Boothby family title was inherited in 1789 by Sir Brooke Boothby (1744-1824) as the sixth baronet. He welcomed the French philosopher Jean-Jacques Rousseau to Ashbourne circles in 1766, after Rousseau’s short stay in London with Hume. Ten years later, Boothby visited Rousseau in Paris in 1776, and was given the manuscript of the first part of Rousseau’s three-part autobiographic Confessions, which Boothby translated and published in Lichfield in 1780.

By then, it seems, all family connections with Tamworth were mere distant memories, but Boothby is still remembered in Lichfield Cathedral to this day. 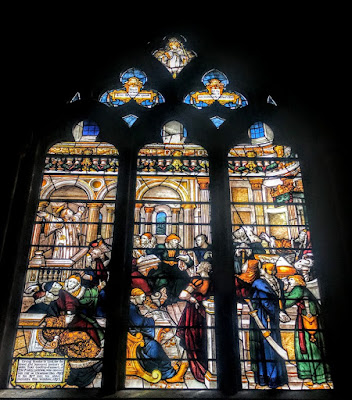 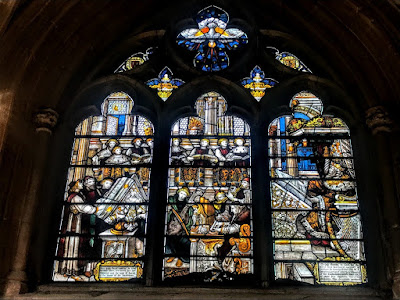 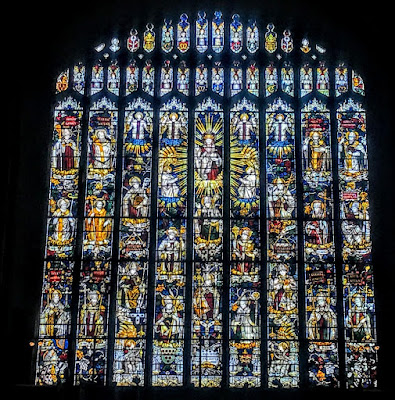