‘How shall I sing that majesty?’
hymns celebrating Christ the King 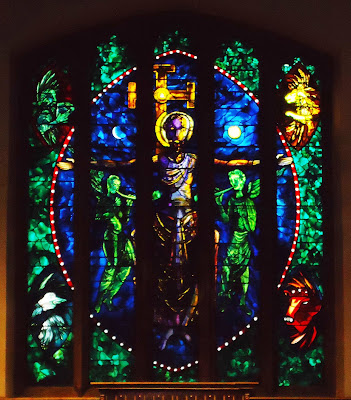 Sunday’s readings in the Revised Common Lectionary, which we are using this evening, are: Jeremiah 23: 1-6; Colossians 1: 11-20; Luke 23: 33-43. Instead of a Psalm, the Lectionary also provides for the Canticle Benedictus. We are also using Sunday’s Collect and Post-Communion Prayer.

The readings and the theme of the Kingship of Christ are reflected in the hymns chosen for the Community Eucharist this evening: 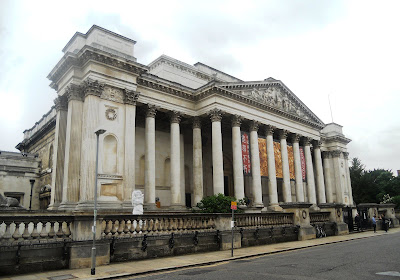 Processional Hymn: ‘Rejoice, the Lord is King!’ (Irish Church Hymnal, 281), by Charles Wesley, rejoices in God as King (see Psalm 97), and develops in to a creedal affirmation.

The tune Gopsal was composed by George Frederick Handel sometimes between 1749 and 1752, but was never published until it was found in 1826 by Charles Wesley’s son, Samuel, in manuscript form with two other tunes (now known as ‘Fitzwilliam’ and ‘Wentworth’) in the Fitzwilliam Museum, Cambridge. Gopsal Hall, between Ashby-le-Zouche and Atherstone, was the Leicestershire country seat of Charles Jennens, who wrote the libretto for Handel’s Messiah.

Gloria: We sing the canticle Gloria as ‘Glory in the highest to the God of heaven!’ (Hymn 693), which was written by the Revd Christopher Idle in 1976 for the earlier tune, Cuddesdon, written in 1919 by the Revd William H Ferguson. He wrote the tune while he was teaching at Saint Edward’s School, Oxford, and named it after Cuddesdon Theological College, near Oxford he who had been an ordinand. Fergus later became Canon of Salisbury Cathedral.

I was a guest at Ripon College Cuddesdon four weeks ago, where I met staff and students and saw the new prize-winning Bishop Edward King Chapel. 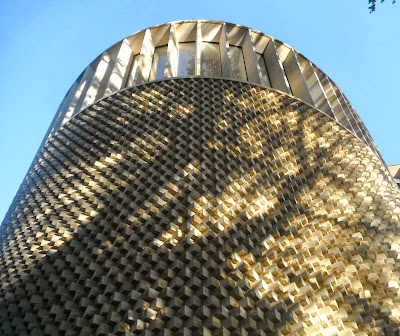 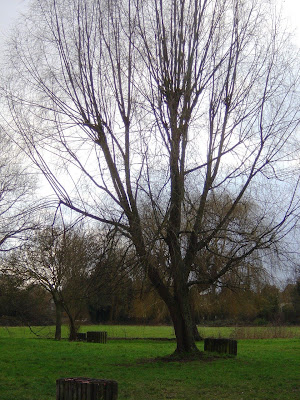 How shall I sing that majesty ... Coe Fen in Cambridge (Photograph: Patrick Comerford)

Offertory: ‘How shall I sing that majesty’ (468, but including verse 3 in the New English Hymnal, 373), by John Mason. This hymn, written in the late 17th century, contrasts God’s heavenly glory, splendour and majesty with the inadequacies and frailties of humanity. We are using all four verses of this hymn, and not just the three in the Irish Church Hymnal.

Kenneth Naylor wrote the tune, Coe Fen, when he was the Music Master (1953-1980) at the Leys School, Cambridge, which is close to Coe Fen. It has since been described as “one of the outstanding hymn tunes of the 20th century.”

Communion Hymn: During the distribution and reception of Holy Communion, we sing ‘Jesus, remember me’ (617), by Jacques Berthier and the Taizé Community. The words are based on Luke 23: 42, and so reflect our Gospel reading. 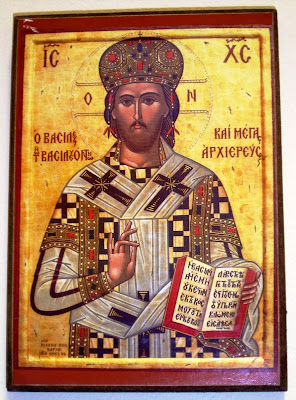 Christ the King of Kings and Great High Priest ... an icon from Mount Athos on the wall of my study (Photograph: Patrick Comerford)

Post-Communion Hymn: ‘Christ is the King! O friends, rejoice’ (86), is a stirring call to discipleship by Dietrich Bonhoeffer’s friend, George Bell, Bishop of Chichester, at the suggestion of Canon Percy Dearmer.

It was Bell, while he was Dean of Canterbury, who also invited TS Eliot to write Murder in the Cathedral. The tune Vulpius (Gelobt sei Gott) is by Melchior Vulpius, and is familiar as a setting for the Easter hymn, ‘The strife is o’er’ (142), which brings us back to the triumph of Christ the King