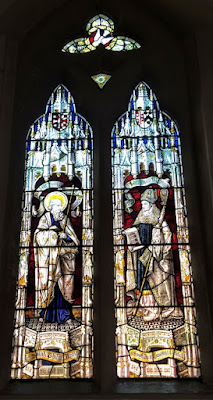 I am back in Lichfield this morning, and I have been invited to preach this evening at the Festal Eucharist in the Chapel of Saint John’s Hospital on Saint John Street.

This chapel has a special place in my spiritual and emotional life, and in my sermon this evening I hope to say why I have valued it as my spiritual home since I was in my late teens.

Despite its name, Saint John’s – like Dr Milley’s Hospital in Beacon Street, which I visited last month – is not a hospital, but an historic almshouse, providing sheltered accommodation and care.

The history of Saint John’s dates back to 1129, when Bishop Roger de Clinton of Lichfield began rebuilding Lichfield Cathedral, and built a defensive ditch and gate (or barrs) around the southern part of the city.

The hospital was founded as a religious community, and the Augustinian friars offered hospitality to pilgrims visiting Lichfield Cathedral and the Shrine of Saint Chad, but had arrived after curfew to find the gates or barrs were closed and their way barred.

On a neighbouring site, the Franciscans established a Friary north of Saint John’s, and the friary church and site can still be traced out by the Library.

Saint John’s was refounded in 1495 by Bishop William Smyth as an almshouse to house “thirteen honest poor men upon whom the inconveniences of old age and poverty, without any fault of their own, have fallen.” The hospital was governed by the Master, assisted by the chaplain and warden. At the same time, a new, free grammar school was established on the site.

This new foundation helps to explain why Saint John’s survived the Dissolution of the Monastic Houses in 1536, when the neighbouring Friary was dissolved at the same time. 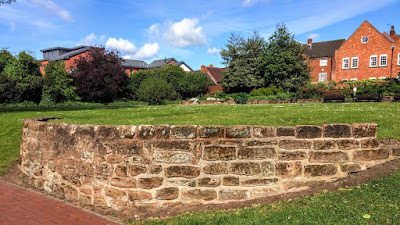 The chapel of Saint John’s continued to be used as a grammar school that eventually grew into King Edward’s School, with its buildings on the other side of Saint John Street. The chapel continued to be used by the school for many years, and would have been familiar to pupils over the centuries, including Joseph Addison, Elias Ashmole, Samuel Johnson and David Garrick.

In 1829, the north nave was added to the chapel, and a number of interesting windows were placed in the Chapel in the Victorian period. Additions in the 20th century include the shrine of the Blessed Virgin Mary in the north aisle, the 14 Stations of the Cross along the north wall, and the wooden triptych depicting the Baptism of Christ by Saint John the Baptist (1999).

Despite changes and restorations over the centuries, the chapel has survived the Dissolution, the Civil War, and turmoil in church and state. It retains much of its original size and character, and remains at the heart of Saint John’s Hospital which has stood for almost 900 years. 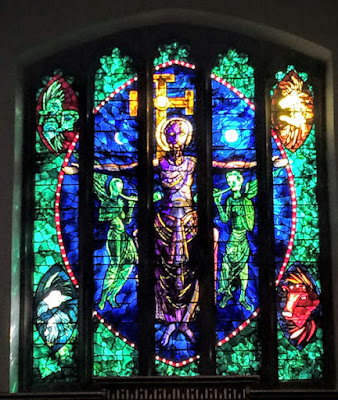 This item might interest you. The wilding of England should perhaps stop before very large carnivores are reintroduced.