Summer turns to autumn as
the buddleia begins to fade

Fading buddleia in Churchtown this week … reminders of a priest who died over 300 years ago (Photograph: Patrick Comerford, 2016)

There are two sayings in Ireland that mark the changes in the seasons. Some time around the end of March or the beginning of April, people begin to say, ‘Sure, there’s a grand stretch in the evenings.’ And then, around this time of the year, they begin to say, ‘You’d notice the evenings begin to close in, wouldn’t you?’

If you had any doubts that summer was trying to linger a little longer this week, then it came to an end today with the heavy rains and the high waves along the seafront in Bray, Co Wicklow, when I tried to go for a walk along the shore at the end of a long working week.

The rain and the Dublin bus strike colluded to make the end-of-week traffic between Dublin and Bray exceptionally heavy this afternoon, and it took a full hour and a half to travel at snail’s pace between Churchtown and Bray this afternoon. I took pity on those poor people who were trying to make it even further to Co Wexford for what they may have hoped was going to be the last weekend of the summer season by the sea.

I had hoped to use this week, before academic demands return with a demanding impact, to keep up my walking distances. The counter on my phone seems to act as some sort of incentive, but never quite produced the results I expected.

Why is it that I seem to manage to walk greater distances each day when I am in England than when I am in Ireland? Perhaps that is the secret cultural divide between the two countries.

My walking averages this week are low, at about 3.5 km a day, despite walking back to work after lunch each day, and having a long walk by the River Dodder on the way home on Monday, when my daily total came to almost 7.5 km.

On the other hand, when I was in Cambridge last week, I was managing to reach 13 and even 16 km a day as I went for lengthy walks by the river and the boathouses, and had brisk early morning walks each day, as well as some wandering walks in the Essex countryside during the day I spent visiting Saint John’s Monastery in Tolleshunt Knights. 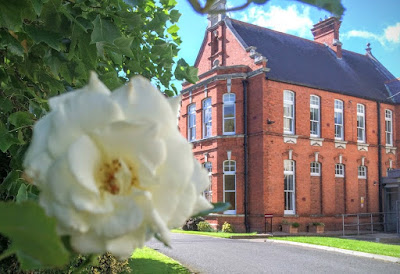 Lingering images of summer on the lawns this week (Photograph: Patrick Comerford, 2016)

One of the signs of the passing of summer is the fading of the flowers, including the roses on the lawns at CITI and the buddleia or butterfly bushes that grow wildly by the roadside.

Only recently did I realise the buddleia takes its name from an Anglican priest. The Swedish botanist Carl Linnaeus named it in honour of the Revd Adam Buddle (1662-1715), an English botanist and priest, at the suggestion of Dr William Houstoun, who sent the first plants to England from the Caribbean about 15 years after Buddle’s death over 300 years ago.

Adam Buddle was born the son of a prosperous hemp-dresser in Deeping Saint James, a small village near Peterborough, and was educated at Saint Catharine’s College, Cambridge (BA, 1681, MA, 1685).

His life between graduation and ordination remains obscure. During that time, he lived near Hadleigh, Suffolk, where he became an authority on bryophytes. He was one of the first Englishmen to study mosses and liverworts as bryology began to be taken seriously in England during the late 17th century.

He was a Fellow of Saint Catharine’s College, Cambridge, until 1691, but like many others was then ejected after refusing to pledge his oath to the new king, William III.

He married Elizabeth Eveare in 1695, and they had two children.

By 1702, Buddle had sworn allegiance to King William, and he was in Ely Cathedral. In 1703 he became rector of North Fambridge, near Maldon in Essex, and 16 miles south of Tolleshunt Knights. He compiled a new English Flora in 1708, but this was never published.

He also accepted the post of Reader (or vicar) at the Chapel of Gray’s Inn, London. He died there and was buried at Saint Andrew’s Church Holborn, on 15 April 1715. His widow Elizabeth survived him until at least 1724.

Buddle’s memory has faded too, but I still thought of him this week as I looked at the buddleia in Churchtown this week. I knew summer was passing, and this afternoon’s rains and high waves in Bray late this afternoon seemed to confirm this. 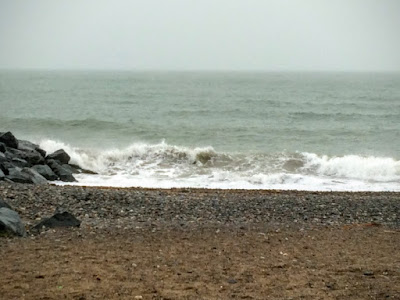 The evenings begin to close in by the waves in Bray this evening (Photograph: Patrick Comerford, 2016)