Canon Malcolm Bradshaw speaks
out on the twin crises in Greece 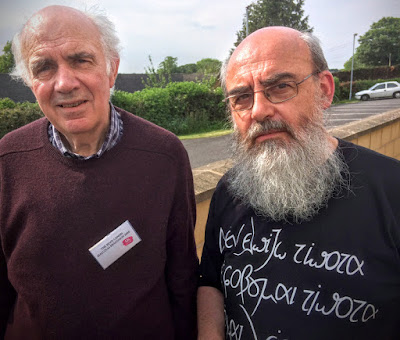 Canon Malcolm Bradshaw of Saint Paul’s Anglican Church in Athens portrayed a very bleak picture of the two humanitarian crises facing Greece when I met him this summer.

Canon Bradshaw, who had met the Friends of Christ Church Cathedral a few days earlier, was the principal speaker at the annual conference of the Anglican mission agency USPG in the Hayes Conference Centre in Swanwick, Derbyshire.

He spoke of two crises in Greece: one facing the indigenous population of Greece, and the other facing the refugees who have arrived in Greece. He explained how the crisis facing people in Greece is as severe as the refugee crisis, and he spoke of the surprising difficulties facing the Anglican chaplaincy at Saint Paul’s.

It was heart-breaking to listen as he described the plight and needs of schoolchildren, and he spoke of the need to provide meals for children who arrive at school starving.

Pensions have been cut in half, and many people do not know where their income is coming from, from one month to the next. Taxes have been raised right across the board, and VAT at 27% is perhaps the highest in the EU. People are not making ends meet, and debt is high, he said.

He also described how the refugee crisis began to unfold in November 2014. The Syrians who first arrived then were well-educated and did not want to stay in Greece, but hoped to move on to Germany.

By September, 5,000 to 7,000 people were arriving on the Greek islands every day, and there were no structures to cope with the influx. When winter came, people were dying in the camps of cold. Describing the camps graphically, he said: “This is the closest thing to a concentration camp in Europe … It almost has the feel of Nazi Germany emerging on the ground in Europe again.”

The chaplaincy in Athens started providing clothes and 400-500 hot meals one day a week, with help of USPG. It was a drop in the ocean, but it was some relief. But finance became a problem with capital controls and fears that the Greek banks would collapse or that the Government would take a haircut from all account.

The Anglican Diocese in Europe stepped in and turned to USPG for help. Donations need to be monitored, and since November there has been a partnership with USPG, which also provides two facilitators to work alongside chaplaincy. This, he said, is “truly a God-send.”

Earlier this year, Father Malcolm, as he is known throughout Greece, was made an MBE in the British New Year’s Honours List. Bishop David Hamid of the Diocese in Europe says this “is a most fitting award recognising Father Malcolm’s outstanding achievements and extraordinary service, particularly during this time of financial hardship facing the Greek people and the huge numbers of refugees arriving in Greece and transiting through the country.” 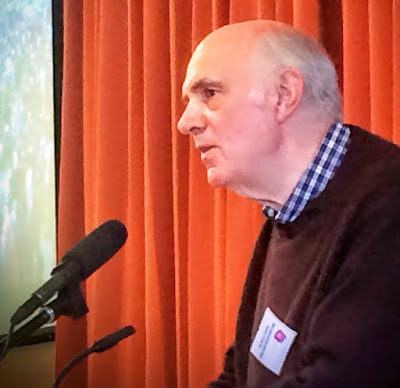 This full-page report is published in the current edition of the ‘Friends’ News,’ Christ Church Cathedral Dublin, Autumn 2016 (Vol 34, No 2), p 14.